Dancing her way to success 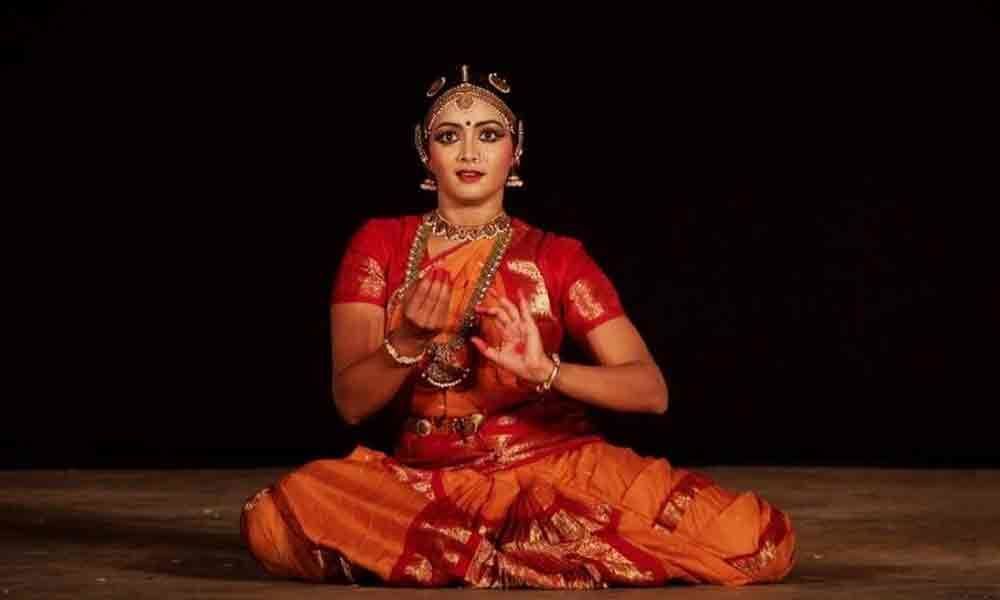 Hyderabad-based classical dancer and yoga instructor Nenita Praveen talks about her stint in Bharatanatyam, yoga and her academy

Born in Sakleshpur, Hassan district, Karnataka Nenita grew up in Hyderabad. A graduate in architecture, she worked as an architect for two years after college. She informs that dance has always been a part of her life since she was five and her mother has been instrumental in her dancing career as she encouraged Nenita and enrolled her in dance classes.

"I am a disciple of Rajeshwari Sainath, who is from Hyderabad. When I was 24, I joined Daksha Sheth Dance Company at Trivandrum in 2014. Daksha di thought me how to walk as I had a very bad posture, three months of my life there went about just understanding my body and the basic posture. That is what inspired me to get into the art form, she is a Kathak dancer and she corrected the postures in myBharatanatyam.

I spent two years there and returned to Hyderabad. I still freelance for them." About her dance studio, she says, "I had set up my own institute in 2016 named as 'Meenakshi Studio for Arts' and I teach Bharatanatyam in the institute. For me it's not only the learning of dance but, for me, it's the amalgamation of different body movement techniques. I use techniques from yoga, palates, Kalaripayattu and these are basics of art."

"The idea of starting a dance academy was given to me by my mother. I am teaching dance since I was 16. However, I was not sure of doing it because as a teacher you need to be equipped and you should have the confidence to answer your students. I could not answer those questions and so I stopped teaching for a while.

The idea took shape when I joined Daksha Sheth Dance Studio. There I started teaching two girls and I gained confidence there. One of my friends and a critic of mine said that something changed about my dance and that's when I realised that I could teach and then Daksha di also advised me to teach," the 29-year-old shares.

And the reason is that they think that boys will become more feminine if they join the classical dance. I do not think that classical dance can change anyone's orientation. We need to understand that every dance is 'Naayika', which is very women-oriented so, of course, the man gets into a feel of a lot of feminine elements that could be one of the reasons that a lot of female energy is there in dance.

I also say that in the current generation, when I am taking a class, I tell all my students to find their own vocabulary. There is a lot of change and men are trying to break them now."Nanita is a yoga instructor too. "I love doing two things at once and yoga is something that I have been practising for a long time.

But the reason I had to choose two career paths is that I had a family crisis in 2017. My parents separated from each other and we were financially distraught. I am the eldest daughter in the house and my brother was studying at that time. I had an architect degree and I could have gone to Dubai for work, however, I stayed back because of my brother and I was a trained dancer so I had to choose a job which would keep me in the field and yoga is something that is literally keeping me in the field of dance as it is about body.

My regular day starts off at 5:30 in the morning and then I teach yoga and practice and teach dance as well. One thing I would like to tell people who quit their dream is that do not quit them and make the most of what you have. I am really grateful for the entire experience so far and I am looking forward to the same. This has taught me how to be independent."