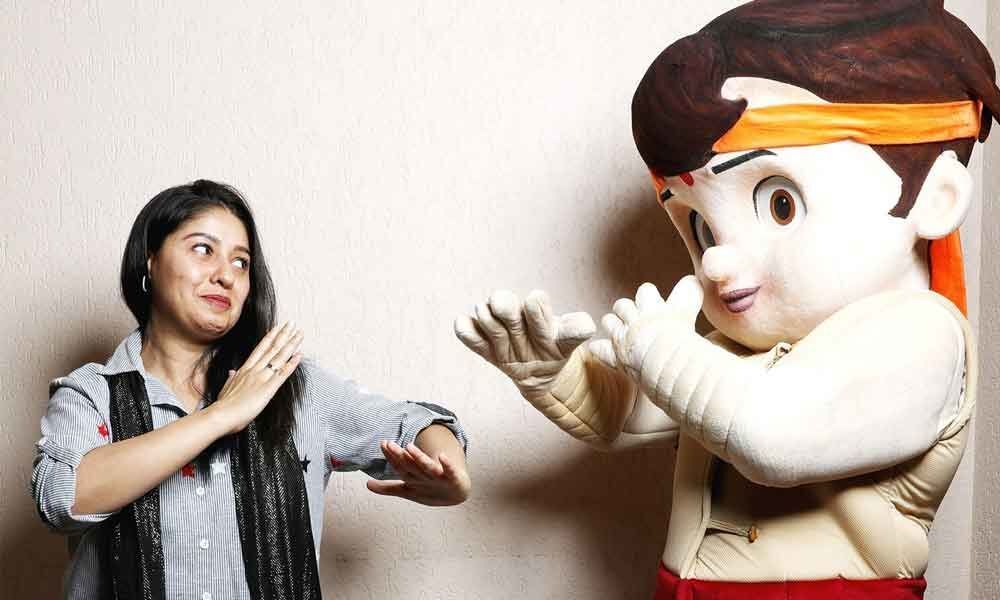 Sony Music has partnered with Hyderabad’s Green Gold Animation for the music of "Chhota Bheem..."

Set as Bheem training in the martial art of 'Kung Fu' and travelling to China to take part in the world's most prestigious Kung Fu competition.

Of the three songs, Daler Mehndi has an anthem song called "Kung Fu Dhamaka" while Sunidhi Chauhan would be heard in the fun packed Mahal Mein SabkaSwagat Hai and Circus Jam.

Says Sunidhi Chauhan, "I thoroughly enjoyed working on the music for Chhota Bheem, a character we all have loved and adored.

I personally am a big fan and am eagerly waiting for everyone to listen to the music. I am sure all the kids would have a wonderful time listening and dancing to the songs including my son!"

Chhota Bheem, the lovable laddoo-loving charismatic boy from the fantasy land of Dholakpur, walked into the hearts of children and since 2008, and has dominated it.

Says Rajiv Chilaka, CEO and Founder of Green Gold, "We are excited to be partnering with Sony Music to release our new film's music content through them. With their robust network and reach, we are sure the songs would be heard far and wide.

'Chhota Bheem - Kung Fu Dhamaka' has some really fun tunes and rhythms that will connect with people across age groups especially the kids."

Chhota Bheem is the longest-running Indian animated show with a viewership (kids) of more than 60 Million, also making it the most watched show in India.

Chhota Bheem - Kung Fu Dhamaka releases in theaters on the 10th of May.