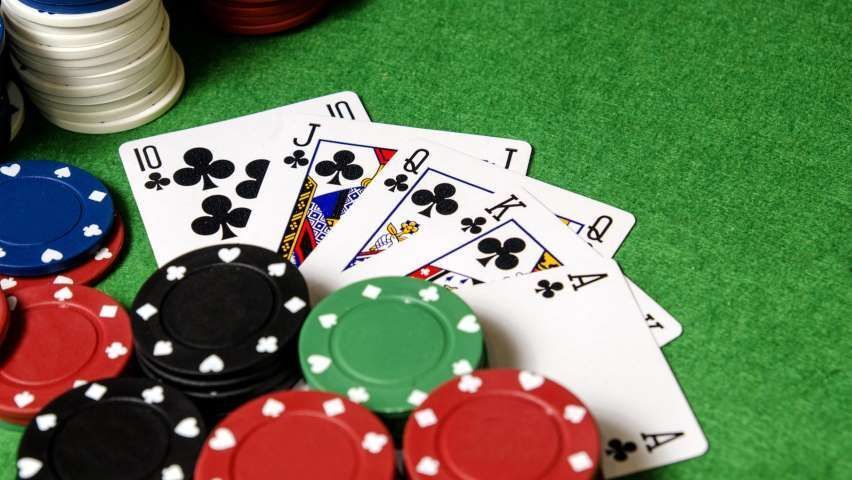 More and more people are getting their game on through gambling. On one report, online gambling and sports betting account the most in this industry,...

More and more people are getting their game on through gambling. On one report, online gambling and sports betting account the most in this industry, and these two ways to gamble alone bring billions of dollars yearly.

Gambling can be traced back as early as the 9th century in China. The oldest dice excavated was from Egypt and Poker, one of the most well-known card games in the US, is derived from a Persian game in the 17th century.

If you're an enthusiast yourself, here are a few interesting facts about gambling that you probably have never heard of.

Napoleon Bonaparte, a French military leader known for his rise during the French Revolution, is said to be a fan of the game Blackjack. Blackjack comes from the French term "Vingt-et-un" which means 21. It has become popular in French casinos in the 1700s.

When Napoleon was exiled to the island of Elba, this was when he regularly played this game. It was said that he enjoyed and loved to play Blackjack a lot that he would play it for hours and hours. It was still called 21 back then.

The infamous slot machine was invented in the year 1887 by a car mechanic named Charles Fey. This was when he noticed how his customers were bored while waiting for their vehicles to be repaired. Originally, slot machines only had symbols like horseshoes, diamonds, spades, liberty bells, and hearts. His customers could win as much as 15 cents during this time.

It did not take long before the original slot machine became illegal, but people still found ways to continue playing this through a gum company. The BellFruit Gum Company manufactured slot machines disguised as candy dispensers.

The cherries, melons, and lemons that the machine gives the players can be exchanged to trinkets, which encouraged more people to gamble without making it feel illegal. The bar symbol that you see on modern slot machines actually resembles Bell-Fruit's company logo.

• Keno as the oldest game

There is no exact origin date of Keno written in any history all over the world, but it is known to have started in China, during the Han Dynasty between 205 and 187 BC.

This was invented by a man named Cheung Leung with the purpose to raise money for villagers to be able to pay for supplies and weapons. Interestingly, it is said that this game hasn't changed much since it started in China.

FedEx is known to be one of the leading shipping companies all over the world. It is even the first company to introduce the overnight delivery option to its customers. FedEx started out with $4 million funds and $80 million of loans and equity investments.

The company had 8 planes that cover 35 cities at first and because of the rising fuel expenses, the company just got more debts that almost shut their operations. What saved FedEx, noted its founder, Frederick Smith, was his desperation and the game Blackjack.

There came to a point that the company only had $5000 left to spend and it wasn't even enough to fuel all their planes. Frederick Smith was so desperate to find a solution and what he did was to fly to Las Vegas and played Blackjack with the remaining $5000 company money.

This sudden impulse to save his company through playing a casino game gave him $27,000 the following week, and this was enough to extend his company's operations for another week. True enough, after that week, FedEx remained in operations until today.

Playing online gambling games make it easy and more fun for players. While it's obvious to think that this industry has already created millions of dollars, it still could be surprising to know that it can actually generate billions of dollars in just a few months.

It is expected for online gambling and betting industry to account up to $94.4 billion by 2024 worldwide. The booming cryptocurrency technology and legalization of gambling all over the world are some factors that experts see as to why online gambling is becoming more and more lucrative.

The most popular online gambling games all over the world are Poker, Blackjack, Sports Betting, Lottery, and Bingo. American, European, and Indian gambling sites mainly have Baccarat, slots, craps, and roulette as their players' favorites.

The legality of online gambling is becoming more widespread, and currently, India has three states that allow gambling. In the state of Delhi, any forms of gambling are found to be permissible.