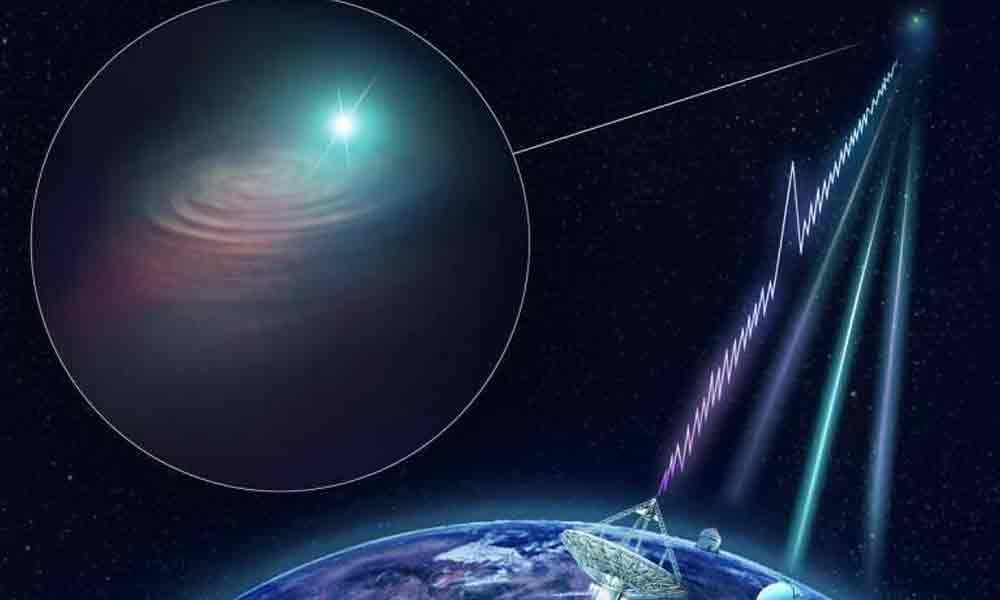 In a first, Australian scientists have determined the precise location of a powerful one-off burst of cosmic radio waves. The discovery was made with...

In a first, Australian scientists have determined the precise location of a powerful one-off burst of cosmic radio waves. The discovery was made with Australian Square Kilometre Array Pathfinder (ASKAP) radio telescope of the Commonwealth Scientific and Industrial Research Organisation.

A team of researchers made a high-resolution map showing that the burst originated in the outskirts of a Milky Way-sized galaxy about 3.6 billion light-years away. "This is the big breakthrough that the field has been waiting for since astronomers discovered fast radio bursts in 2007," said Dr Keith Bannister, lead author of the study, which was published in the journal Science.

In the 12 years since the radio bursts were first discovered, a global hunt has netted 85 of these bursts. Most have been 'one-offs' but a small fraction are 'repeaters' that recur in the same location.

In 2017, the researchers found a repeater's home galaxy but localising a one-off burst was much more challenging. Bannister's team developed new technology to freeze and save ASKAP data less than a second after a burst arrives at the telescope.

"From these tiny time differences - just a fraction of a billionth of a second we identified the burst's home galaxy and even its exact starting point, 13,000 light-years out from the galaxy's centre in the galactic suburbs," said team member Dr Adam Deller of Swinburne University of Technology in Australia.

"The burst we localised and its host galaxy look nothing like the 'repeater' and its host. It comes from a massive galaxy that is forming relatively few stars. This suggests that fast radio bursts can be produced in a variety of environments, or that the seemingly one-off bursts detected so far by ASKAP are generated by a different mechanism to the repeater," he added.