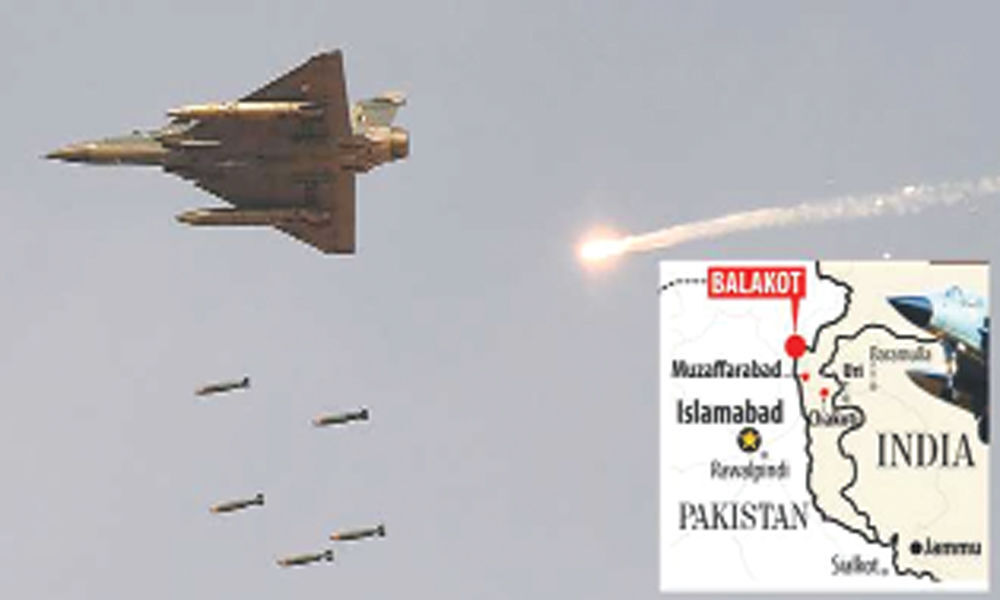 With the country moving into election gear, an array of issues like India's air strike in Pakistan, unemployment, agrarian crisis, Ram temple and...

With the country moving into election gear, an array of issues like India's air strike in Pakistan, unemployment, agrarian crisis, Ram temple and Prime Minister Narendra Modi's leadership are likely to dominate the narrative during the Lok Sabha battle.

Political analysts believe that India's air strike on the Jaish-e-Mohammad (JeM) camp in Pakistan's Balakot area on February 26 is one of the major issues that will be discussed in campaign speeches.

Amit Dholakia, Professor of Political Science at Maharaja Sayajirao University of Baroda, Vadodara, told IANS over phone: "The top-most issue during the elections is going to be the recent terror attack in Pulwama (in which 40 CRPF troopers were killed) and the Indian Air Force attack on the JeM training camps in Pakistan."

However, Subrata Mukherjee, a retired professor of political science at Delhi University, differed saying that India's attack on JeM would not last long as it was "a draw and it did not end in a decisive way".

Besides the IAF air strikes, personality and leadership issues, opposition unity, unemployment, agrarian crisis, corruption and Ram temple will also take the centre-stage in the seven-phase elections from April l1 to May 19.

Dholakia said the personality and leadership of Prime Minister Modi will be a major factor as the whole election will be centred around him.

Mukherjee said: "Modi will try his best to presidentialise but there is a limit of presidentialising in a parliamentary system. And the very project of a strong leader is often questioned whether it is proper for a democracy or not. So, ultimately it remains a very interesting election, uncertain election and hard to predict the outcome. It may be a photo finish."

Dholakia and Mukherjee agreed that the opposition will attack Modi over the 2016 demonetization and target it over the issue of job creation.

Mukherjee said that demonetization will continue to "haunt" Modi and the promises he made in 2014. "And re-election is always difficult when you promised a new India because visibly a lot has not changed in the last five years on the employment front and the situation is grim."

The opposition unity -- or the lack of it -- will also be a major factor. Dholakia said the disunity among the opposition parties and the possibility of governance suffering in case they come to power will be raked up by the BJP.

Mukherjee said a very important question will be determined by the index of the opposition unity. Mukherjee said: "In the first (Lok Sabha) election, Jawaharlal Nehru polled only 43 per cent of votes and here the poll projection for Modi is 41 per cent which is very formidable. And if he retains the 41 per cent, then it will be a very great achievement."

Dholakia said: "Hindutva and Ram temple and the need for mobilisation of Hindus behind the BJP and RSS will also find its place during the election." Mukherjee said that in urban areas and for the middle class, the issue of Constitutional institutions do matter and how Dalits, the dissenters and minorities have been handled.

"But that will not really change the election scenario. Because the size of the middle class is very small," he said. Mukherjee said what will alter the situation is the daily issue. "I think the farmers' distress and the continued under-production and the way the issues had been handled will be a major issue.

"Unemployment will be another major issue as the government has faulted very badly on job creation," the former DU professor said. "And then the question of corruption will be there."

Dholakia said that unemployment and job crisis, particularly among the youth and the unorganized sector, will dominate the talking points of the opposition. The opposition will target the BJP over Rafale, he said, adding that the role of dynasty and dynastic politics will form another important issue.

"Agriculture and farm distress will be important issues. The reservation given to the economically weaker section by the government will be highlighted in certain areas," he said. (Anand Singh can be contacted at anand.s@ians.in)

Level Of Beauty: This summer get Vibrant Sunset hues of Alia...