An Affront to Right to Life and Federal Character: Forest Bill can kill tribal rights 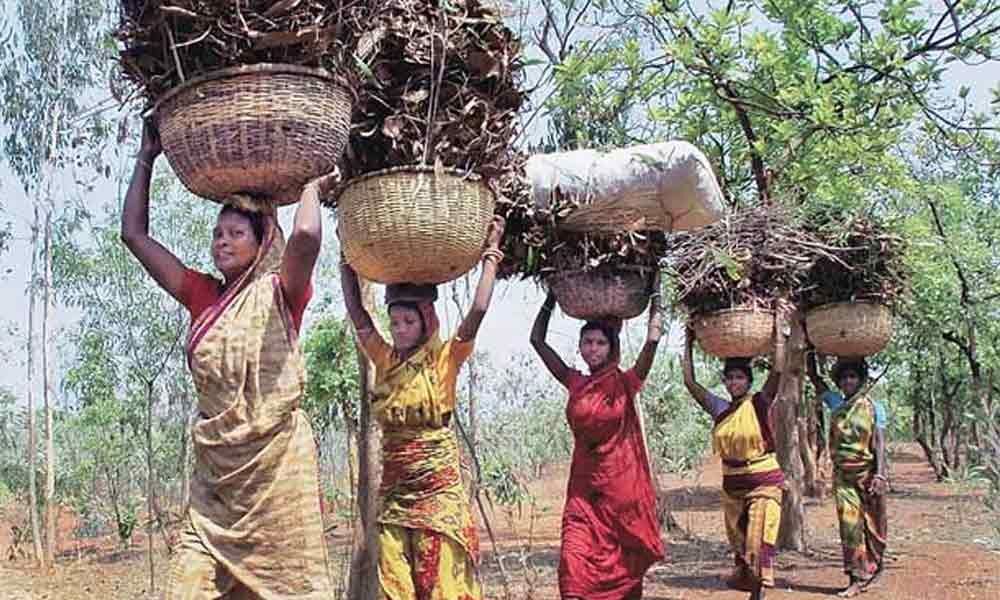 A draconian draft forest law of NDA is about to hit federal character of Indian Union. It will be an affront to the federation and threat to right to life of forest dwellers.

Forest Act, 1927 is claimed to have aimed at protection of forests. In that name, the Forest officers have assumed higher powers over the forest dwellers and forest guard appears to be a real embodiment of government authority.

As per the British Indian Forest Act, 1927, the moment an area is declared as forest land, the forest bureaucracy will get immense discretion and huge power to summarily arrest and prosecute forest dwellers.

Had the State government not used its discretion against prosecution, several hundreds of thousands of innocents would have been in jails.

Atrocities of Forest personnel on dwellers is one of the main causes for spreading of left-wing extremism in India. Surprisingly, the draft Forest Bill 2019 proposes to give more powers to the Forest bureaucrats.

Until the Forest Rights Act came in 2006, the forest guards were denying even residential rights to those living since generations. If they take a twig as cooking fuel, they can be criminalised.

The law recognised the right of tribals to reside in forest without owning it. After granting the forest rights and implementing the law, the corruption of the forest officers also came to light.

Despite the possible unlawful rejection of millions of claims, the FRA can help many of dwellers to live in their natural habitats, while those who are unjustly declared encroachers have to leave their native places.

The process of recognising the rights of forest dwelling tribals and other traditional dwellers is fraught with defects, deficiency, negligence and corruption.

The Supreme Court's order to evict more than a million 'encroachers' from the forests created tremors. When it was modified, they heaved a sigh of relief.

NDA-I government has drafted a new Indian Forest Bill, 2019 (Draft) which instead of reducing, increased the powers of the Forest officers.

In this draft Bill to replace colonial-era act, the Centre has proposed to retain and enhance policing and quasi-judicial powers that the Forest officials were arbitrarily exercising.

It provides them more powers to use firearms. Dangerously, they were also provided with higher levels of immunity from prosecution.

If passed, the Forest bureaucracy will secure a veto power over the Forest Rights Act, 2006.

They may even deny or extinguish rights over traditional forests of tribals, though recognised under the FRA, reduce or restrict tribals and forest dwellers' access to forest produce, which the dwellers own as per FRA, and diminish the role of Gram Sabhas (village assemblies) by running a parallel system of "village forests" in which Forest officials would have the final say.

In fact, several reports show that Forest officers are deciding the rights of the tribals under FRA though they were not legally authorised.

With this draft, village forests of officers will decide the fate of people and the Gram Sabhas become useless.

In addition, draft enables concentration of power in the hands of the Centre, seriously jeopardising the State's authority over forests and gives more powers to Forest babus.

The Centre will get new powers such as: a) to intervene in the States on matters of management of forestlands, b) to overrule the States on several counts when it deems fit, and c) to open any patch of forests it deems fit for commercial plantations through either the Forest administration or through private agencies.

Forest residents suffered summary and forcible evictions under the earlier Act. Because the Forest officers have police powers, powers of prosecution and deciding the right or wrong.

It wants to equip the Forest officers with enough infrastructure and weapons. It says: The "State government/Union Territory administration shall develop the infrastructure for standardised lock-up rooms for housing the accused, transportation of accused, provide necessary articles for restraining the accused(s), armouries, safe custody of arms, ammunitions, shields, batons, helmets, armours, wireless, etc. to the Forest officers for implementing the provisions of this Act" in each forest division of the country within two years.

Some offences that were bailable under earlier Act have been proposed to be made non-bailable.

While established principle of criminal law mandates presumption of innocence of accused until the guilt is proved beyond reasonable doubt, the draft creates a presumption of guilt of forest dwellers and it is their burden to prove his innocence.

Burden of proof as per criminal law is on the prosecution. The clause says, "the burden of proving which shall lie on the accused, that such person is in lawful possession of forest land, forest produce, custody or control of such property and the person has not committed any offence against the Act."

It is reversal of basic principle of criminal justice established over a period all over the democratic world. For forest crimes, how can the law be different.

The proposed law should be declared unconstitutional as that violates Article 21 because it defies established procedure of law and Article 14 for removing equal protection of law.

The powers of the forest officials to investigate, search and seize property, hold inquiries by forcing attendance of witnesses and evidence have been retained and in parts enhanced.

The draft also proposes, "to provide indemnity to Forest-officer using arms etc, to prevent the forest offence. This indemnity shall be in addition to the immunity provided under section 197 of Code of Criminal Procedure 1973 for certain categories of Public Servant."

This immunity is on par with that was given to security forces in conflict areas under Armed Forces (Special Powers) Act. The Forest officers will be more powerful and immune than the government officers under general provisions of law.

Surprisingly, the State governments also will not have power to grant sanction for prosecution against Forest officers for excesses and wrongs, unless they constitute an inquiry under executive magistrate.

Another clause says: "Whoever attempts to contravene, or abets the contravention of, any of the provisions of this Act or of any rule of order made thereunder shall be deemed to have contravened that provision or rule or order, as the case may be.

That any person, Forest officer, any officer of the State government cannot withdraw forest offence cases registered under the Principal Act."

According to Union government, this clause is introduced to "to dissuade political executives to incite masses against the provisions of the Act.

Many State governments have withdrawn cases registered under the Indian Forest Act, 1927 to draw political mileages. Such action has to curbed with heavy hand, because the results are disastrous.

Porosity is the root cause of destruction of prime forest areas."

This draft proposes to punish entire community for certain wrongs. A clause says: "Whenever fire is caused wilfully or by gross negligence in a reserved forest, or theft of forest produce or grazing by cattle occur… the State government may…direct that in such forest or any portion thereof, the exercise of all rights of pasture or to forest-produce shall be suspended for such a period as it may think fit."

If this draft is made into Act, which is possible because NDA has required numbers, the Independent Indian government will be credited with creating a law more draconian that British Indian Forest Act.