Caught between rock and a hard place 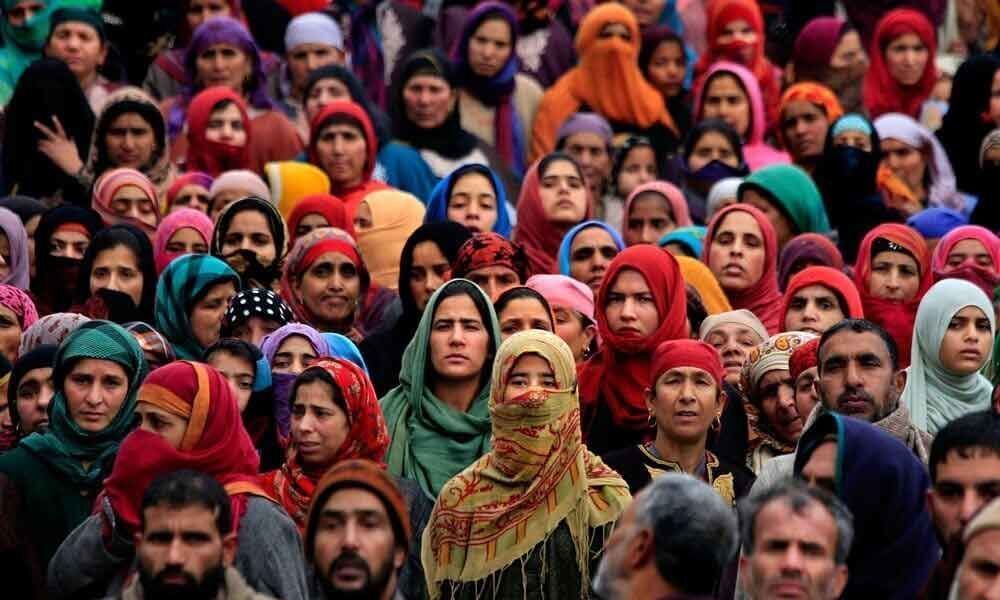 It is a strange anomaly of history, both true and unjust. I was born in Srinagar, as were both my parents.

It is a strange anomaly of history, both true and unjust. I was born in Srinagar, as were both my parents. My sister though was born in Delhi and went on to marry a Bengali settled in the capital, so struck down by a double whammy.

Yes she is not a state subject and could till August 5, 2019 not buy any property in the state of Jammu and Kashmir. At the very kernel of this affliction is Article 35-A which has denied the women of J&K of their right to property on marrying outsiders as also putting limitations on the constitutional and educational rights of their children. Ironically, such exclusionary provisions do not apply to the men marrying outsiders.

This abomination of gender injustice was supposedly settled by a full bench of Jammu and Kashmir High Court in the case titled State and others versus Dr Susheela Sawhney and others in October 2002 by striking down the proviso of the state subject (permanent residency) law according to which women marrying outsiders would lose their permanent resident status," former advocate general of Jammu and Kashmir government Ishaq Qadri said in January 2019.

However, the Jammu and Kashmir Permanent Resident Status (Disqualification) Bill 2004 was passed and made it a permanent political propaganda. Hence, even after court's interference gender discrimination stayed.

The object of the amendment is clear from the terms and the wording of it. In the first part of the article, the general rule is laid down that there shall be equal opportunity for all citizens in matters of employment under the State and thereby the universality of Indian citizenship is postulated.

In paragraph 2 of article 10, it is expressed in the negative, namely that no citizen shall be ineligible for any office under the State by reason of race, caste, sex, descent, place of birth and so on. The next two clauses are in the nature of exceptions to the fundamental and the general rule that is laid down in the first part of the article.

That is the object of this amendment and instead of leaving it to individual states to make any rule they like in regard to residence, it was felt that it would be much better if the Parliament lays down a general rule applicable to all states alike, especially having regard to the fact that in any matter concerning fundamental rights, it must be the Parliament alone that has the power to legislate and not the different units in India. Under these circumstances I propose this amendment for the consideration of the House.

Dr. B.R. Ambedkar during the debate on the draft clause at hand, intervened and observed as below: "I did not quite follow. I shall explain the purpose of this amendment.

(It is the feeling of many persons in this House that, since We have established a common citizenship throughout India, irrespective of the local jurisdiction of the provinces and the Indian States, it is only a concomitant thing that residence should not be required for holding a particular post in a particular State because, in so far as you make residence a qualification, you are really subtracting from the value of a common citizenship which we have established by this Constitution or which we propose to establish by this Constitution.

"Therefore in my judgment, the argument that residence should not be a qualification to hold appointments under the State is a perfectly valid and a perfectly sound argument.

"At the same time, it must be realised that you cannot allow people who are flying from one province to another, from one State to another, as mere birds of passage without any roots, without any connection with that particular province, just to come, apply for posts and, so to say, take the plums and walk away. Therefore, some limitation is necessary.

"It was found, when this matter was investigated, that already today in very many provinces rules have been framed by the provincial governments prescribing a certain period of residence as a qualification for a post in that particular province.

Therefore the proposal in the amendment that, although as a general rule residence should not be a qualification, yet some exception might be made, is not quite out of the ordinary. We are merely following the practice which has been already established in the various provinces.

However, what we found was that while different provinces were laying down a certain period as a qualifying period for posts, the periods varied considerably. Some provinces said that a person must be actually domiciled.

What that means, one does not know. Others have fixed 10 years, some seven years and so on. It was therefore felt that, while it might be desirable to fix a period as a qualifying test, that qualifying test should be uniform throughout India.

Consequently, if that object is to be achieved, viz that the qualifying residential period should be uniform, that object can be achieved only by giving the power to Parliament and not giving it to the local units, whether province or States. That is the underlying purpose of this amendment putting down residence as a qualification."

Thus the debates demonstrate that 'clause (3) of Article 16' and 'reference of clause (3) of Article 16 in Article 35' are inserted in pursuance of (what was believed to be) a well thought out constitutional scheme of the fundamental rights which denudes the states from exercising any legislative powers to prescribe residence as requirement for employment in State services.

"35A. Saving of laws with respect to permanent residents and their rights.- Notwithstanding anything contained in this Constitution, no existing law in force in the State of Jammu and Kashmir, and no law hereafter enacted by the Legislature of the State --

(a) defining the classes of persons who are, or shall be permanent residents of the State of Jammu and Kashmir; or

(i) employment under the State Government;

(ii) acquisition of immovable property in the State;

(iii) settlement in the State; or

(iv) right to scholarships and such other forms of aid as the State Government may provide, shall be void on the ground that it is inconsistent with or takes away or abridges any rights conferred on the other citizens of India by any provision of this Part.".

The issue has arisen as to whether the President can introduce a clause viz. Clause (a) of Article 35-A conferring powers upon the State Legislature to define a class of persons as "Permanent Residents" without any reasons or object of classification.

By virtue of Clause (a) of Article 35-A, the State Constituent Assembly enacted Section 6 defining "Permanent Resident" as the class of persons who had settled in the State as "State Subjects" in the period prior to May 1944 and their heirs only shall continue to be treated permanent resident irrespective of the fact that they actually reside in state of J & K or not.

Section 6 of the Constitution of J&K has been referred to in relevant legislations, rules and regulations to exclude the other citizens the right to seek admission in the State funded Medical Colleges and State Funded Engineering Colleges and Polytechnics, right to acquire and hold even a limited immovable property to built a home for his shelter under Article 19(1)(e) read with 19(1) (f), right to be considered for employment in the State Services or State Instrumentalities guaranteed under Article 14 and 16, and right to purchase and acquire limited property to start a small business even. So, the issue to be pondered is, "whether a life of a human without such human rights is a life at all or not?"

The plea, filed by Charu Wali Khanna, challenges the legal validity of Article 35A and also the provision in the J&K Constitution which makes this special provisions loaded against local women marrying outsiders.

Article 35A, added to the Constitution by a Presidential Order in 1954, accords special rights and privileges to the citizens of the J&K, and empower the state legislature to frame separate laws for the state.

"Section 6 of the J&K Constitution restricts the right of women to marry a man of their choice by not giving the heirs any right to property if the woman marries a man not holding a Permanent Resident Certificate," the petition said.

Holder of a non permanent resident certificate in the state can vote in Lok Sabha elections, but a woman who marries an outsider cannot even vote in local elections, it added.