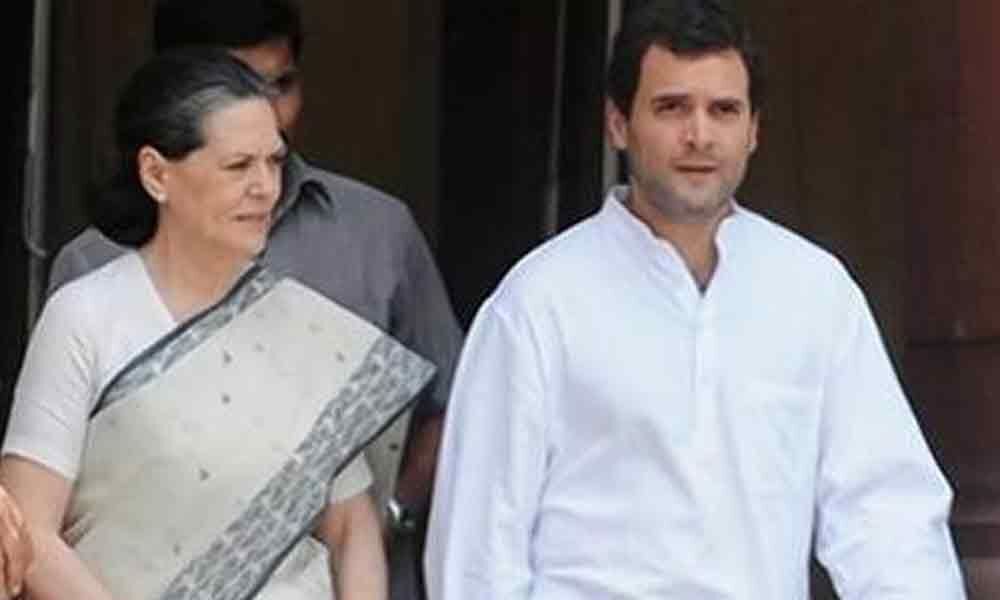 Political scenario in the country is becoming a matter of concern.

Political scenario in the country is becoming a matter of concern. With every election, the vote base of the Congress has been shrinking since 2014.

Rahul Gandhi had replaced Sonia Gandhi as the president of All India Congress Committee (AICC) in 2017 at the age of 47. He was the sixth member of the Nehru-Gandhi family to occupy the post.

The change of guard took place amidst high expectations that he would be able to infuse new blood into the party and it would be a mix of young and old leadership.

In his maiden address, Rahul had launched a scathing attack on Prime Minister Narendra Modi and the BJP.

He said while the Congress took India into 21st century, the BJP was taking it to medieval past where people were butchered for who they were and what they ate. He said India's philosophy was love and compassion.

Rahul felt that the present-day politics were devoid of truth and kindness and politics was being used to crush people. He invited the youth to join him in building India and promised to make the Congress a grand old and young party.

But exactly two years after Rahul took over the helm of Congress and called it quits following his miserable failure in leading the party to victory in the just concluded general elections, speculations are rife that the Congress party, instead of emerging as a strong grand old and young party, is looking towards grand old people to steer it out of the woods.

While it is admirable that Rahul had taken the responsibility for the party's defeat and has rightly said rebuilding of the party required some hard decisions and numerous people would have to be made responsible and accountable for the debacle.

But then, it is unfortunate that the Congress is still dragging its feet in taking a clear decision and move forward in the direction of putting it back on track.

As the adage goes, "You can take the horse to the pond, but you cannot make it drink," Rahul Gandhi has taken a firm decision to quit.

There is no point in trying to waste time in persuading him to continue. The party leadership should now act fast, call the Congress Working Committee (CWC) meeting and pick up a new leader.

In fact, the best thing would have been that Sonia Gandhi as UPA chairperson should have suggested that the CWC meeting be convened and the party adopt a more democratic method of holding elections for the post of party president.

The CWC should fix age limit after which one would be ineligible to contest for any party post.

It was speculated that nonagenarian Motilal Vohra would be the interim president. Later other names like Sushil Kumar Shinde and others also made rounds in political circles.

If this kind of uncertainty continues, the Congress can forget about any possibility of bouncing back into limelight and should prepare for winding up the party and exit from politics.

There is urgent need to resurrect the national party in the larger interests of democracy. If a national party gets decimated, there can be no effective opposition.

So far, the regional parties used to play important role in providing effective opposition to the ruling party, but these elections have put them also in place and none of them are in a position to challenge or take on the BJP-led NDA government.

This being the condition, if the Congress further delays any action and refuses to come of coma, then by 2024 India would be having one party rule.

The Congress party since 2014 lost many an opportunity to get closer to the people. On every issue whether it is the demonetisation or other failures of the NDA government, it did not react in time.

The biggest failure of the Congress party was in not being able to create strong and effective leadership at the regional level. They did not raise issues which the BJP ruled States failed to deliver.

They did not remind the people of the promises made but failed to deliver. This resulted in the decline of popularity graph of the Congress which resulted in the downsizing of electoral support for the party.

It is time we take a peep into the history of Congress party. The general elections held in 1967 under the leadership of Indira Gandhi after the death of Nehru and Lal Bahadur Shastri was plagued by internal dissensions and factionalism and it not only lost in more than 100 parliamentary seats but also shed four percentage points of popular votes.

It lost eight State elections thereafter which seriously threatened its dominance, but it continued to remain "the preponderant political force in the country".

The party was pushed into in a state of limbo in 1971 and to save the party, Indira Gandhi decided to break free from the hold of powerful leaders of that period.

She did face certain ups and downs, but Congress always remained a powerful party except for the brief period when Janata Party was in power soon after the emergency. Her unchallenged leadership continued till 1984 when she was assassinated.

Later, Rajiv Gandhi led the party till his assassination. When the party again faced leadership crisis in 1991, P V Narsimha Rao became the Primer Minister and till 1996 he led the government. But still the Congress was never so weak as it is today.

In 2004 it propelled back to power under Sonia Gandhi's leadership and Manmohan Singh became a two-term Prime Minister. So far, the party has been working in a copy book style with national and State leadership being chosen by the high command led by Nehru-Gandhi family members.

Though some formality like holding elections was conducted it was as good as raising hands to the proposal put forward by the highest command in the party. It's time the party went in for a massive kayakalp and a young team take over the reigns of the party.

The unfortunate aspect of Indian politics is that the leaders refuse to retire even if they are over 70. In fact, the formula of the BJP to retire all those above 70 should be a role model for other parties as well.