Democracy in peril as turncoats thrive 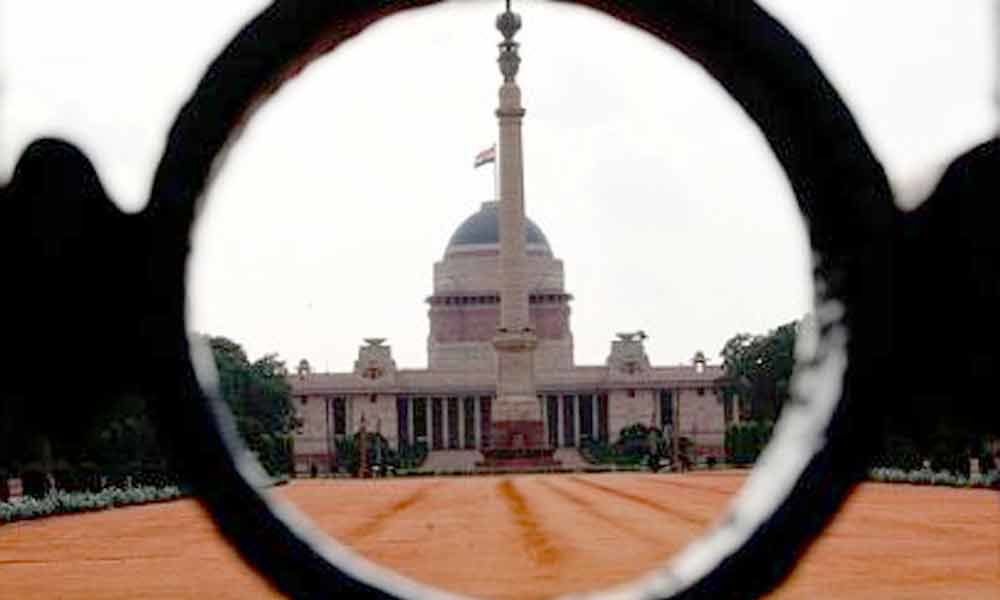 India is passing through a very peculiar situation. It is natural for every party to win or lose elections.

India is passing through a very peculiar situation. It is natural for every party to win or lose elections. But since 2014, the evil of political defections is being witnessed across the country which causes great concern. If this trend is not reversed, the very foundation of democracy could be at danger.

The new phenomenon witnessed in the two Telugu States since 2014 is that legislators, corporators etc from the Opposition parties have started migrating in large number to winning parties.

The winning parties are encouraging them to wipe out the opponents from the legislative bodies though they enjoy absolute or landslide majority.

What is really a matter of concern is that the anti-defection law which is meant to check defections is being subverted consistently.

While defections at national level are being encouraged by Modi-Shah combine which is touted to be a tough team, this phenomenon has been rampant in the two Telugu States, Telangana and Andhra Pradesh, leading to a farcical situation. Normally defections are encouraged when a government is in minority or has wafer thin majority.

But ruling parties which have absolute majority are not only encouraging defections, but the defectors are also made Ministers while the Speakers of the two Assemblies choose to look the other way. Even the courts do not appear to be acting tough and this is what causes bigger concern.

Soon after bifurcation in 2014, the Congress and the Telugu Desam Party (TDP) lost most of their MLAs in Telangana.

The TDP was practically decimated as all its MLAs switched over to the Telangana Rashtra Samithi (TRS) at various points of time and the Speaker kept demands for their disqualification pending till the end of their term.

This made it impossible to challenge the issue in a court of law as that can be done only after the Speaker decides on the matter and eventually the matter became infructuous as the term came to an end.

The trend continues in the present term of TRS as well. 12 Congress MLAs have decided to merge with the TRS and the Assembly Speaker has allowed such a merger. The MLAs did not join in one go.

This shifting of allegiance from Opposition to ruling party is nothing but showing total disregard to the anti-defection law. If the ruling party and the Speaker are on your side, you can do anything appears to be the political funda.

At the moment, they happily believe that if out of 18 MLAs, 12 go over and merge with the ruling party, they will be safe. According to them, if two-thirds of the legislators merge with another party, it does not amount to defection.

But the Congress and legal experts have a different viewpoint. They say that according to Para 4 of the Tenth Schedule, a merger can be legally recognised only when the original party merges with another party, and not less than two-thirds of the members of the legislature party agree to such a merger.

The Congress also contends that in the absence of a merger of the original political party with another party, the merger of the legislators has no legal validity. Hence, they will be termed defectors and held liable to be disqualified.

The contention of some leaders is that under the Tenth Schedule, the Speaker gets jurisdiction to act only when a petition is presented to him under para 6 of the schedule. The Congress has not given any letter to the Speaker saying that it has merged with the TRS.

The Rajendra Singh Rana judgment says, "Under the 10th Schedule, the Speaker is not expected to simply entertain a claim under para 3 and 4 of the Schedule without first acquiring jurisdiction to decide a question of disqualification in terms of the para 6 of the Schedule…

The power under the 10th Schedule to do so accrues to him only when he is called upon to decide the question referred to him in para 6 of that Schedule."

Those who defect and those who encourage defections know pretty well that defection is an immoral and illegal act. But the failure of the successive governments to plug the loopholes in law has failed to put an end to this menace.

And why did they not plug the loopholes? Well it is anybody's guess. They are not serious about cleansing the politics but they speak a lot about wiping out corruption from the society.

The elected representatives seem to be showing keen interest in party hopping exercise and people are defecting in groups to defeat the law.

Amidst this scenario, the statement of Andhra Pradesh Chief Minister Y S Jagan Mohan Reddy that he had turned down a proposal to win over some TDP MLAs to YSRCP to see that the TDP loses status of Opposition and his appeal to the Speaker to disqualify anyone who jumps sides is appreciable. But then the question is how serious the party is in preventing defections.

It can create a new trend if Y S Jagan Mohan Reddy can convince the Prime Minister and also gather support from the neighbouring Chief Ministers like K Chandrashekar Rao and others to convene series of meetings and see that the law is made fool proof.

In fact, Jagan would have earned many more accolades if he had stated on the floor of the Assembly that come what may, he will not encourage any one defecting from other parties to YSRCP.

The YSRCP does not require any more numbers as they have overwhelming majority of 151 members in a house of 175. While stating that he will not encourage defections, he said if anyone wants to join the YSRCP, he will have to first resign from the parent party.

This again opens a channel for defections. The YSRCP has also been saying that many TDP leaders were now looking towards the BJP. Well, if the YSRCP really wants to usher in a new era of politics with values, it should not use this as a weapon to beat the Opponent.

They should reveal the names of the fence sitters so that the BJP too is prevented from indulging in encouraging defections.

Democracy can be back on track if all parties take a firm decision that they will not encourage defections and if anyone who wants to switch sides should not only resign from the membership of Parliament or Assembly but also should not contest in the by election.

They should wait till the next general election. If the political parties can adopt such a stand, it would certainly make India into a vibrant democratic country and can set an example to the world.

But the big question is are our political leaders whether young or old ready for such a major and bold decision. Shouting from public platforms about being champions of democracy, inclusive government, Sab ka Saat Sab ka Vikas, transparency in governance, rooting out corruption and practicing clean politics is not enough.

It can really yield results only when all such intentions are put to practice.