How democracy is being whipped dead 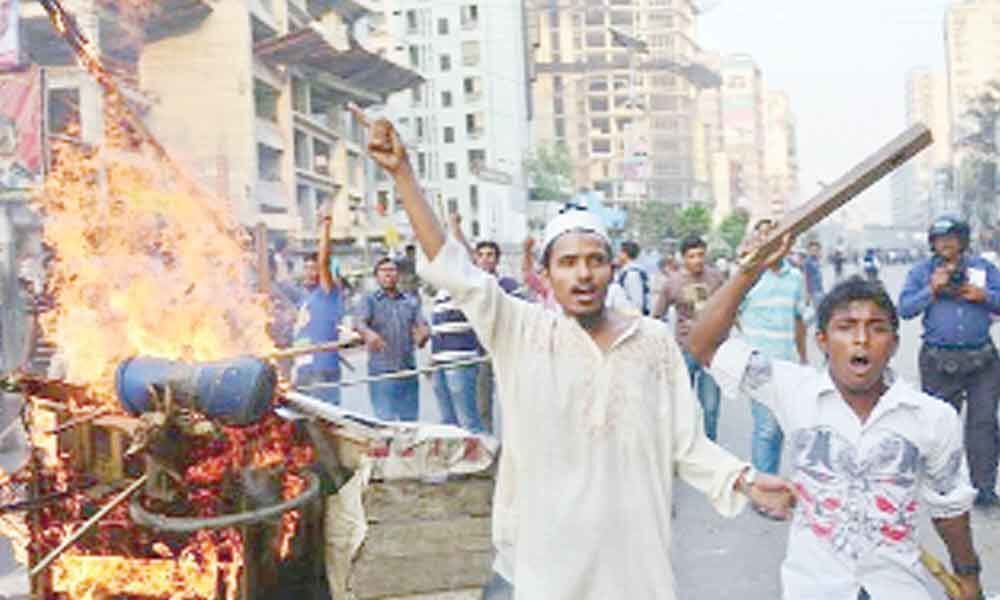 French philosopher Jean-Jacques Rousseau laid the foundations of modern democracy. He said that persons elected by the people had a right to rule over the people as long as they worked in the interests of the people and not their own. This idea was translated into British democracy.

The proper working of the Parliament required that the MPs attended the sessions. The system of "whip" was evolved for this purpose. A MP was designated as Whip by each of the major parties.

It was the job of the Whip to connect with the MPs of his or her party and ensure that they attended the sessions when important matters were being discussed or voted upon. The term "whip" was taken from the game of hunting.

The hunters used whips to keep the hunting dogs together. In the same way the Whips keep the MPs together during the important sessions. The same practice has been adopted by the United States of America where a Whip keeps the Congressmen together.

The job of the Whip is to bring the MPs to the Parliament. The Whip has no right to order the MP on what he or she may say in the session or how he or she may vote.

A MP is free to vote according to his or her free will. For example, the ruling Conservative Party in England brought a Bill before the British Parliament to implement the exit of England from the European Union which is known as Brexit.

The Conservative Party has majority in the British Parliament. However, many Conservative MPs voted against the Bill brought by their own party and the Bill was rejected.

Similarly, a number of Republican Congressmen voted against the proposal brought by their party to whittle down the healthcare system put in place by President Obama.

The main point here is that the role of the Whip is restricted to ensuring presence of the MPs and the Whip has no power to direct the MPs to vote in a particular way.

The MPs are free to vote according to their understanding of the interests of the people. Hence the system largely conforms to the ideal suggested by Rousseau.

Enter India. In the 1980s, we had a period of intense instability. Legislators were changing parties like dresses—from morning to afternoon and again in the evening.

This made it impossible to make a stable government. Our Parliament then enacted Constitution 52nd Amendment in 1985. It provided that the MPs and MLAs would be disqualified if they voted against the direction of the Party.

This provision extended to all directions given by the Party on any Bill before the session. In doing so, the discretion of the legislators in voting for or against a Bill was removed.

The legislators merely became peons who compulsorily had to cast their vote as per the directions of the Party. The basic principle enunciated by Rousseau that "persons elected by the people had a right to rule over the people as long as they worked in the interests of the people" stood negated.

Thus, we have seen that MPs have silently stood by while anti-people measures like loosening of entry of FDI into retail and making of hydropower projects on the rivers are passed by the Parliament.

The word "democracy" has its origins in Greek demos or "the people." The "people" have been replaced by the "party" after the 52nd Amendment. As a result we have today a system of "partycracy" rather than "democracy."

It must be mentioned that there are two exceptions to the whip in the Indian law. A MP or MLA is free to vote for the President as per his own views. The whip does not apply here.

Since this vote is cast in secret, therefore, it is truly democratic. A MP or MLA is also free to vote for electing the members of the Rajya Sabha as per his or her own views.

An MLA cannot be disqualified if he or she votes against the official candidate of the Party for the Rajya Sabha. However, unlike the vote for the President, the vote for Rajya Sabha is cast in the open.

Thus, the Party Bosses know whether a MP or MLA has voted for or against the official candidate. This brings forth retribution in the denial of ticket in the next election.

Democracy in England and the United States has evolved beyond this. Candidates who defy the Party are nevertheless nominated as their candidates in the next election.

One reason is that the candidates are selected by in-party elections by members known as "Primaries." Thus a candidate can vote against the official line of the Party and yet be re-elected on the Party ticket if the voters of his party back him up.

It is clear that the present elections are a sham. We are electing not persons who will work in our interests but persons who work as per dictates of their Party. We have been rendered impotent.

The way forward requires two changes. One, the Whip should be restricted to a no-confidence motion. It makes sense to force a MP or MLA to vote for the continuation of the Government on the ticket of which he or she has been elected. However, the Whip should be barred from giving directions about voting in a particular manner on a particular Bill.

The result will be that a Government will be stable but will not be able to implement anti-people policies. Two, we must institute a system of "primaries" in our system.

Each Party must be required to hold voting among its members to choose the candidate for an election. That will ensure that parachute candidates will be prevented. Our democracy is being whipped into death. This must be prevented.