I want my childhood back 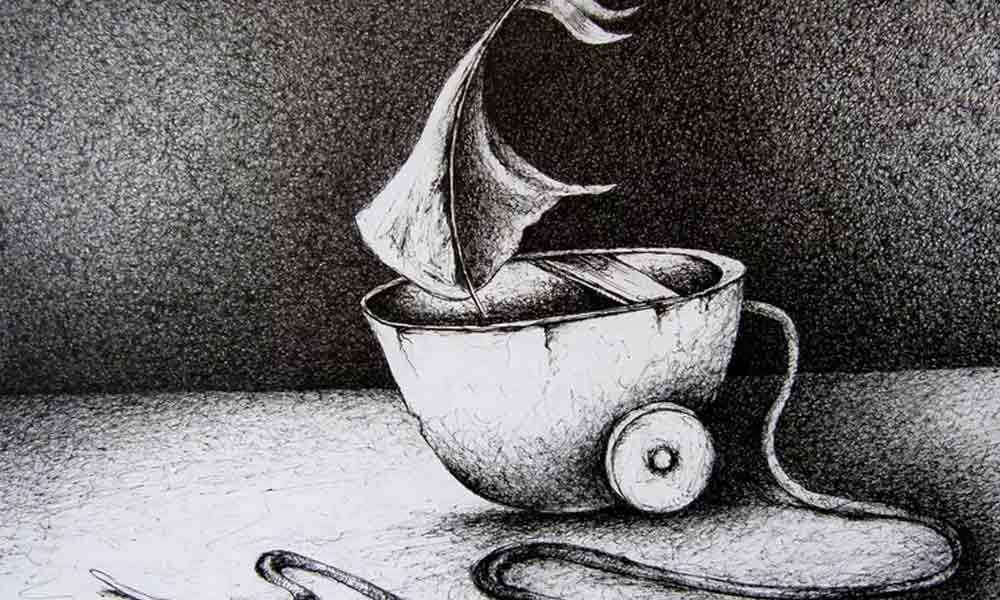 I hail from a village named Fathepur which is around 60 kilometres away from the district head-quarters in Warangal.

I hail from a village named Fathepur which is around 60 kilometres away from the district head-quarters in Warangal.

After the formation of Telangana State on June 2, 2014, the newly formed government has increased the number of districts from 10 to 33 dividing each district into two or three parts and formed each partition as a new district.

With this reorganisation of districts, my village has been brought in under the jurisdiction of Thorrur mandal of Mahbubabad district (newly formed).

My village is the combination of several different castes, different cultures, different religions and different professions. But, though it is the mixture of many layers, people of my village lived together with cordial relations among themselves.

But, in the course of time, with the advent of liberalisation, privatization and globalisation, certain uncommon changes must have taken place in my village now in terms of living standards; commerce; transactions; and sharing of bonds one with others; extending the help of one to another and taking of decisions unanimously.

However, still social relations, to some extent, are intact in my village. But the social bonds among people are not so strong as they were. It is the result of global changes.

60s, 70s, 80s and 90s were the days where caste hegemony, feudalism and socio-economic and political inequalities were the predominant forces in every village in the Telangana region.

So is the case with my village. And, those were the days which were very favorable for very few people who were socially, economically and politically ahead.

Thus, needless to say about the status of my other villagers who did not have any access to all these life change factors.

Though this was the prevailing milieu in almost all villages, a handful of families, who were deprived of minimum facilities, were, able to think about the significance of education; not because they were educated; but because they were influenced by their neighbouring families in which children attending schools and colleges was a routine thing that would regularly happen.

My family was one of the families which was influenced by neighbouring households wherein education was a great witness for their socio-economic and political prosperity.

So, my family, especially my mother, had got a thought to send me to school. Of course, she would not have thought higher education for me, but for sure she must have thought some education to her son. I can therefore say education is not my choice; it happened to me accidentally.

Hence, my place for ever is at her feet with immense gratitude, love and compassion, till the last breath. My mother had conformed herculean tasks to give me education, and my father and my other family members sacrificed their desires for the sake of my education. My gratitude is due for them ever.

I was the youngest of all four children to my parents. Of four, three are girls and I am the male child. None of them was educated; and each of them was married at the age of nine. See, how partial my mother is? One way, I have been proud of my mother for getting me highly educated, but on the other hand, I have been angry with her for not sending my three sisters to school.

As I said my life is the mixture of both joys and sorrows, what I can never forget in my life is that it is the sound of an owl that used to live on a tree grown on the top of my village fortress. The fortress is nearby my house of three rooms that sheltered 6 members till the four children were married.

The owl that lived on the top of fortress was my good companion; because it had been producing sounds throughout the nights for years together. I do not remember how many years it went on. But still I can feel that sound in my ears, since the hearing experience of that sound lingers ever in my mind.

I never forget my childhood days, where my family was made suffer in the name of caste, poverty and illiteracy. Though, as a child, I went through all these hurdles and humiliations, I never gave up my idea of getting education for myself.

I never felt bad about my social composition, wealth and other man made humiliated hurdles, besides natural once. This is why I want my childhood back.

I now have everything in life: education, employment, wife, children, wealth and social status; but still I feel that I am missing something in life in this concrete jungle, which does not give us anything that sooths the painful heart.

Human relations have been translated into business. Familial bonds have also become commercial, because of materialistic life that is turning one against another within their own families.

Sons are killing theirs fathers for property sake; and sons are also killing their mothers over petty pension money. We come across certain rifts between brothers and sisters. Thus, the world has turned to be an unpleasant place where one hates another.