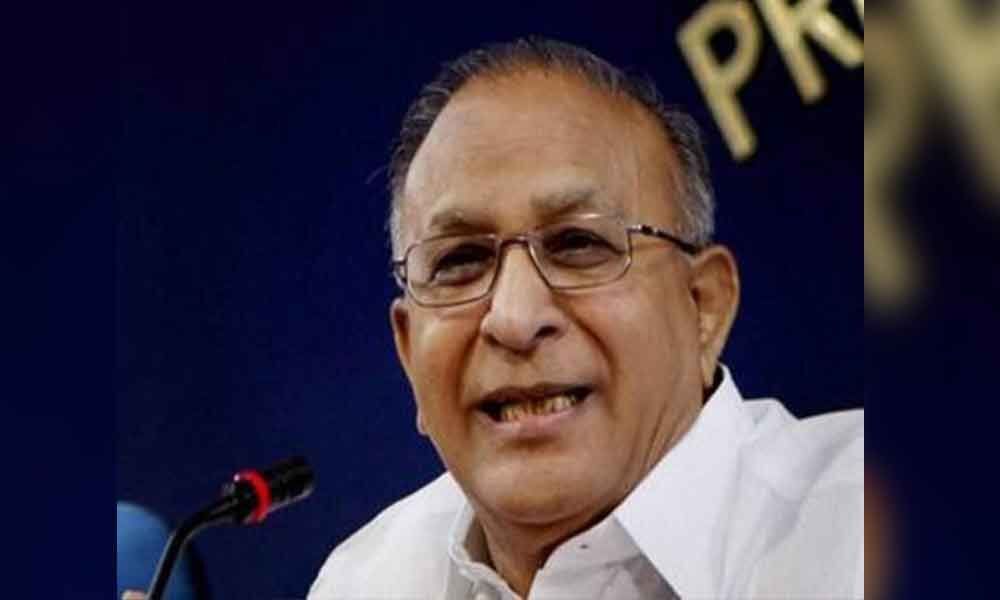 Every human being is distinct and what separates him from the others is the intellect and wisdom.

Every human being is distinct and what separates him from the others is the intellect and wisdom. While many people live and die an ordinary life, a few others are blessed with certain traits and knowledge that make them extra-ordinary.

Mr. S. Jaipal Reddy was among those few exceptional personalities born in our great country. There might have been shortage of wise and intellectual souls in the court of the Almighty God, and as hence our beloved Jaipal Reddy was divinely summoned to plug in that gap.

Mr. Jaipal Reddy was a synonym for courage and commitment. Once decided, he never used to rest till he achieved that goal. Apparently for the same reason, he was elected as a member of Lok Sabha for four terms, Rajya Sabha for two terms and Legislative Assembly for three terms. Even physical disability could not prevent him from achieving his goals which he did with total ease.

He was affected with polio at a young age. However, he did not give up and proved that nothing is impossible if a person decides to reach a target with total commitment and continued struggle. He was a self-made politician who rose to the top level in politics based purely on his talent and dedication.

In the year 1987, when I was a student leader of Osmania University, we intended to organise a national seminar on 'corruption free politics'.

In this regard we approached Mr. Jaipal Reddy and met him at Hotel Siddhartha in Abids, along with the owner of the hotel, Mr. Babul Reddy. During our conversation, I still remember these inspiring words of Mr.

Jaipal Reddy, "Political corruption is the mother of all corruptions and if it is not addressed properly, it will destroy the very existence of democracy in our country."

It was unbelievable for me that a soft-looking man could also be a firebrand leader. On one occasion at Arts College in Osmania University, Mr. Jaipal Reddy had reportedly jumped and lodged himself on his rivals gathered down the stairs.

This shows his determination to fight for a cause by overcoming all limitations. Those moments are still remembered by his friends. His speeches were so inspiring that they converted his young colleagues into the followers of socialism.

Since his student days, Mr. Jaipal Reddy was a follower of freedom fighters such as Shri. Rajagopalachary and Shri. Ram Manohar Lohia and their speeches and thoughts encouraged him to lay the foundation for socialism in the Telugu State.

Mr. Jaipal Reddy was equally influenced by the views and thoughts of Pandit Jawaharlal Nehru. He used to strongly emphasise that if Pandit Nehru did not become the first Prime Minister of free India, then our country would not have had a strong foundation for a democracy. Therefore, he was a strong Nehruvian who always advocated liberal democratic values.

He was a man of principles and ideals. He sacrificed several posts on moral grounds and always followed a 'No Compromise' attitude towards irregularities.

There used to be a practice in the Petroleum Ministry to give a red-carpet welcome to top industrialists like Adanis and Ambanis by the minister concerned and the bureaucrats there in.

However, as the then Union Minister for Petroleum he denied appointment to industrialist Mukesh Ambani who was facing allegations of irregularities related to KG Basin. Further, he had imposed a fine of a whopping Rs. 32,000 crore.

He handled every post with exclusivity and left an indelible mark with his reforms and administrative capabilities. The freedom of press which we are witnessing today is due to the efforts made by Mr. Jaipal Reddy. As the then Union Minister for Information & Broadcasting, he brought Prasar Bharati Bill to introduce reforms in media.

As the Urban Development Minister he took measures that created huge infrastructure across the country. The Delhi and Hyderabad Metro Rails are among a few achievements of Mr. Jaipal Reddy. For Hyderabad, he not only sanctioned the project, but also provided Rs. 2800 crore from the Centre.

The Kalvakurthy Lift Irrigation Scheme was started due to the efforts of Mr. Jaipal Reddy. This project prevented Mahabubnagar district from turning into a desert.

In order to curb corruption and favouritism in governance, Mr. Jaipal Reddy introduced the 'system of drawing of lots' for allocation of gas companies and petrol bunks.

Earlier, the allocations used to be made based on recommendations. This was a historic decision which curbed lobbying, corruption and middle-men and the same system is still being followed by the successive governments.

Mr. Jaipal Reddy was offered the post of Chief Minister of the then United Andhra Pradesh to prevent the AP bifurcation and creation of Telangana.

However, Mr. Reddy rejected the Chief Minister's post and insisted on formation of Telangana State. On one hand, the then Deputy CM Damodar Rajanarasimha made an attempt to convince Congress Working Committee (CWC) on Telangana, on the other Mr. Jaipal Reddy played a major role in bringing consensus among various political parties across the nation on the issue.

He has played a key role in convincing UPA Chairperson Smt. Sonia Gandhi on formation of separate Telangana State. In fact, present Chief Minister K. Chandrashekhar Rao used to interact and coordinate with Mr. Jaipal Reddy during the statehood movement and presentation of Telangana Bill in the Parliament.

After former Prime Minister Late P.V. Narasimha Rao, Mr. Jaipal Reddy was the only intellectual in politics who could speak on any subject with complete authority. In fact, he was a living university in himself.

I had the privilege of sharing the dais with Mr. Jaipal Reddy on multiple occasions, especially while addressing press conferences in Gandhi Bhavan.

He had perfect command over English and Telugu languages and used to fire words and sentences like bullets. Each of his sentences used to be calculative and full of intensity.

In December 2014, when Ponnala Lakshmaiah was the PCC President, I had organised an event titled 'Vision of Telangana' on the occasion of the birthday of the then Congress president Sonia Gandhi. He was present in the meeting for over six hours.

Besides delivering a speech, he also listened to the views of activists who had participated in Telangana movement. This showed his concerns towards the development of Telangana.

While expressing condolences over the sudden demise of Mr. Jaipal Reddy, Vice President of India M. Venkaiah Naidu not only recalled the moments he shared with him in the Assembly, but also the debates they used to have on various issues.

The Vice President became tearfully emotional in Rajya Sabha while remembering his old friend. This shows the warmth of relationship Mr. Jaipal Reddy used to have with his colleagues, despite having different political ideologies.

Everyone, across party lines, used to carefully listen to the speeches delivered by Mr. Jaipal Reddy in the Assembly and both houses of Parliament and they were full of content and commitment. His speeches were also full of wit and humour, not only in the House, but outside.

Representatives of all political parties attended the last rites of Mr. Jaipal Reddy which shows his popularity and the cordial relations he maintained with everyone.

The personality of Mr. Jaipal Reddy proves that physical disabilities can never obstruct the growth of an individual if one has clear determination towards his goals.

He will remain our hearts for ever as a gigantic public figure who practiced morality and honesty in politics and in public life. As a tribute to this legend, the Government of Telangana must name the Legislative Assembly building complex and Palamuru University after Mr. Jaipal Reddy.

(The author is national official spokesperson, All India Congress Committee)