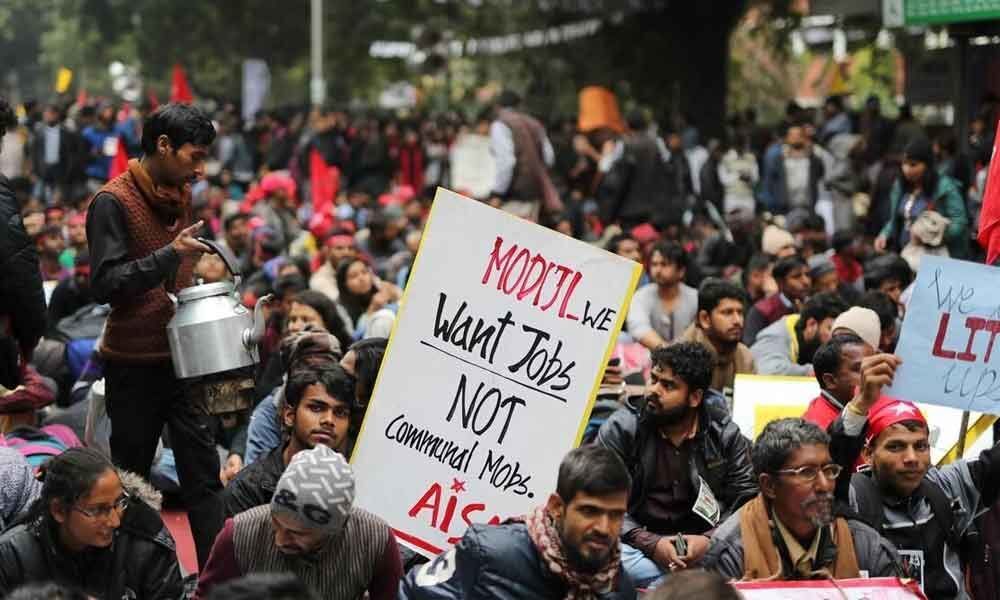 People don’t just want jobs, but good ones that are stable, are in the formal-sector, have safe working conditions, collective bargaining rights and regulations against arbitrary dismissal

Jobs or the lack of them became a central issue in the 2019 Lok Sabha Elections.

The Opposition raked up the matter aggressively, the government tried hard to suppress inconvenient data, independent surveys confirmed that unemployment was rising, and the biggest concern of the voter was jobs.

Unemployment is neither an issue created by the Narendra Modi-led government, nor was it going to go away if a non-Modi government would have been sworn in.

But, it's still the problem that was ineptly handled by the Modi government.

How should the new government handle the problem? First, they must recognise that there's a need to create good jobs.

With due respect to all pakora-fryers, nobody aspires to be a pakora-frying street vendor. Not even if even their parents sold the most delicious pakoras in the neighbourhood.

People aspire for good jobs that are stable, are in the formal-sector, have safe working conditions, collective bargaining rights and regulations against arbitrary dismissal.

Given the threat from automation and technology, we may add that people also want jobs that provide substantial scope for skill upgrade and involve continuous learning process.

It is almost cruel to ask job seekers to become job providers. So, it's best if the new government recognises that people require good jobs.

At the same time, no government can promise jobs on behalf of the private sector. Creation of jobs depends upon a complex web of factors. The government can at most try and influence these.

But, it cannot promise that the private sector will provide jobs.

However, it may try and use the unemployment rate as a macro-economic target.

The government already has a targeted inflation rate, within a band. The Reserve Bank of India is tasked with ensuring that the inflation rate remains within this range by using levers of monetary policy.

But, there is a trade-off between high inflation and high unemployment. The new government should seek the right balance between the two. This would be a much better option than targeting only inflation.

We can see that low inflation in recent times was achieved at the cost of high unemployment. So, a balance is required.

As inflation kept falling, the unemployment rate continued to rise. It has been rising steadily since July 2017 when it had reached its recent low of 3.4 per cent.

The relentless rise in unemployment led to it peaking at 7.6 per cent in April 2019. This is the highest unemployment rate in 30 months.

Usually, all people older than 14 years are considered to be in the working age. Some definitions have an upper bound at 58, 60 or 65 years.

Such upper boundaries were applicable to countries where most people are salaried employees with a fixed retirement age. Such an upper bound is becoming increasingly irrelevant.

In India, the salaried population is a fraction of the whole working age population. And, non-salaried people have no retirement age.

According to the Consumer Pyramids Household Survey by Mumbai-based Centre for Monitoring Indian Economy Pvt Ltd, India's employment rate is much lower — below 41 per cent. More importantly, the rate has been falling. It was around 43 per cent in 2016.

The unemployment rate is a relative measure of the unemployed.

The new government's objective should be to increase the number of people willing to join the labour force and ensure that almost all who seek jobs do find good jobs.

Mahesh Vyas (The author is the Managing Director and CEO of Centre for Monitoring Indian Economy Pvt Ltd. Courtesy: Down to Earth)