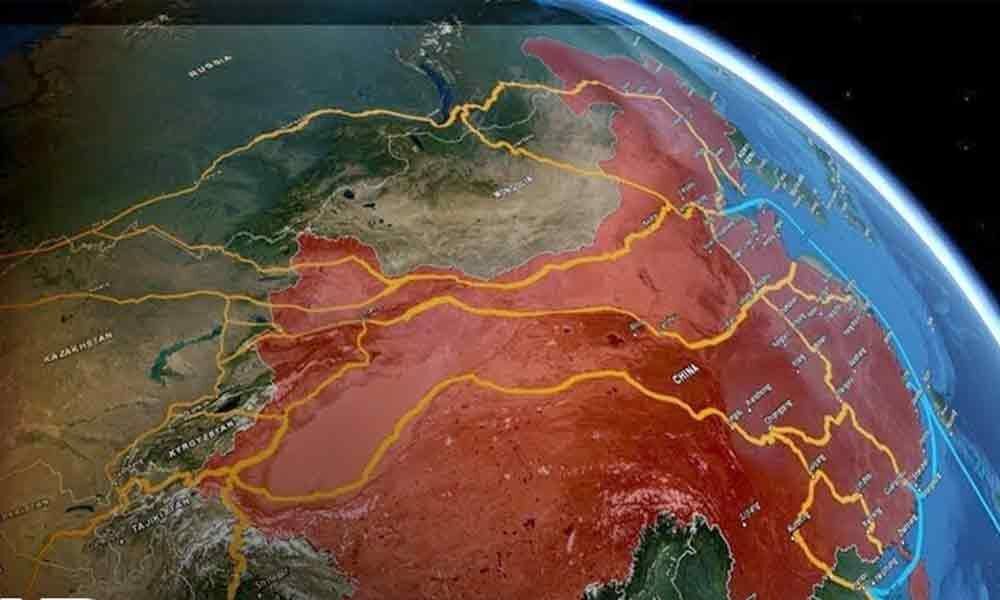 Jawaharlal Nehru, the idealist that he was, wanted an Asian axis with India and China together.

Jawaharlal Nehru, the idealist that he was, wanted an Asian axis with India and China together. He wanted these two great ancient civilisations to come together to play a major role in the global arena.

The realistic Chinese leadership never had such illusions and in the 1950s concentrated only in annexing Tibet and Aksai Chin area in the 1962 Indo-China war which provided them the strategic link between Tibet and Xinjiang province.

The action of China in '50s and early '60s proved what matters to nations is the strategic interest but not shared values and histories and cultural affinity.

China has grown from strength to strength from then onwards in terms of the size of its economy. An economy which was of the size of US $ 60,000 million in 1960s, today is around US $ 14 trillion.

During the same period Indian economy has grown from US $ 37000 million to US $ 2.6 trillion. We are in terms of sheer size and strength nowhere near the Chinese economy.

With huge foreign exchange reserves at their disposal in 2013, China launched unique Belt and Road Initiative.

Started as an investment and lending programme to invest surplus foreign exchange reserves available with China profitability it evolved itself into an economic political and military initiative.

This programme is structured to serve the strategic needs of China. CPEC programme which is part of this initiative being implemented in Pakistan opens up the trade link to the Arabian sea through Gwadar port located in Balochistan.

Some of these projects of China have come in for criticism in terms of their cost and unethical means involved in the implementation.

But overall China is successfully using it as a strategic initiative to establish its hegemony in areas where India also has strategic interest like the Indo- Pacific region.

India needs a concerted plan to counter this. India needs friends and allies, and this is where initiatives like the Quad (quadrilateral security dialogue) involving America, India, Japan and Australia come in or the other initiative of JAI limiting it to Japan, America and India.

All these nations have convergence of interests in this area and have no conflict of interest. Hence, they should be in a position to work in a complementary way to contain the sphere of influence of China in Indo-pacific region.

So far, this initiative is limited to joint military and naval exercises but needs to be further strengthened to include initiatives on the lines of Belt and Road policy of China.

India by itself may not have the necessary surplus funds to take on such massive infrastructure funding to take up such projects in these countries.

But with America and Japan joining in this cooperation, it can be expanded to cover such infrastructure projects in these belt countries.

This will throw up employment opportunities for our workforce as well. Japan already has infrastructure funding projects like JICA which can be dovetailed for this purpose.

Free, open, prosperous, peaceful and inclusive Indo-Pacific region is of paramount importance to all these countries. Chinese maritime ambitions in this region can threaten this.

Joint effort by countries like Japan, America and India coopting Australia as well can only be the balancing force in the region to contain China's ambitions of regional hegemony with a client State relationship with other small countries in the region.

The way they acquired Hambantota port in Sri Lanka for failure to service the debt is a point in that direction. It is only a matter of time before what happened in Hambantota repeating with reference to Gwadar port of Pakistan given the economic situation in Pakistan.

Till now the JAI initiative is happening on the sidelines of the G20 summits. It is time it is structured as a formal organisation. Since there are no competing security interests between these countries none of them should have any objection even if it evolves itself as an Asian NATO.

After all, when China invaded India in 1962, no other country came to India's help. If we were part of a formal security alliance, things might have been different.

In the end, what matters for countries is their strategic geopolitical interests. For India, these are best served when an arc of democracy is built with countries having complementary strategic interests like USA, Japan and Australia.