Overhauling of Railways: Challenges ahead 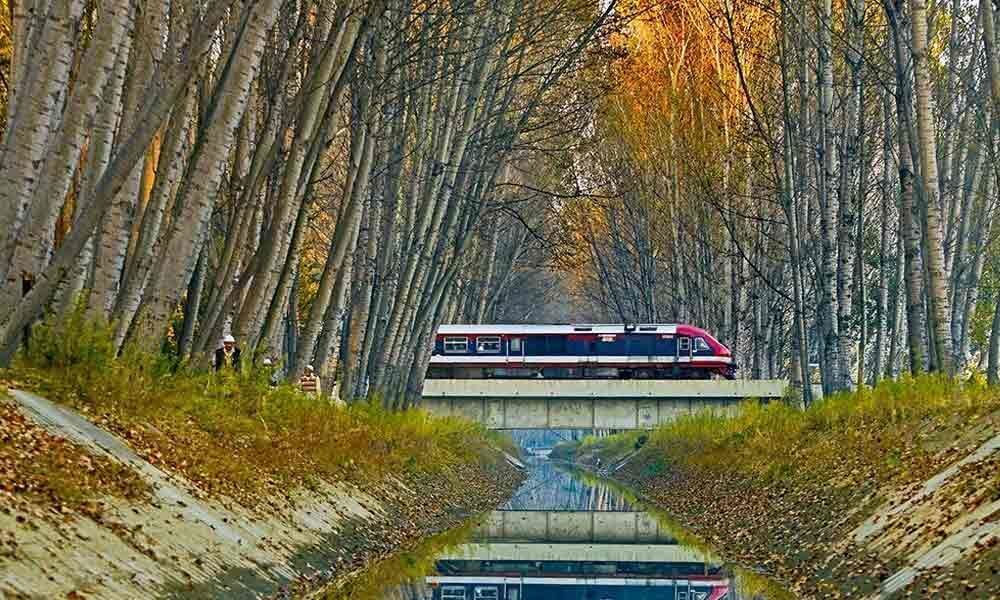 Overhauling of Railways: Challenges ahead
Highlights

The inventions of the wheel, gunpowder and the steam engine were significant landmarks in the history of mankind. They led to the domination by the...

The inventions of the wheel, gunpowder and the steam engine were significant landmarks in the history of mankind. They led to the domination by the western countries of the rest of the world.

The mode of transport that followed the invention of the steam engine has truly revolutionised the processes of growth and development of countries round the world. Once considered the "fire-breathing demon", the locomotive has come a long way since its invention.

The Indian Railways, started during the British colonial rule, celebrated 165 years of its existence in April last. Its birth occurred following a major failure of the cotton crop in America in 1946, as the textile merchants in Manchester and Glasgow eyed the cotton crop in India and the railways became the instrument for transporting cotton to major seaports, namely Bombay, Calcutta and Madras.

The construction was funded by private investors, through the London Stock Exchange, against the guarantees of a 5 percent return on investment, given by the British government that time. The British built 50,000 km of railway line in India compared to which, we have built a mere 15,000 over the last 70 years after Independence.

In fact, the Bibinagar-Nadikudi line between Secunderabad and Chennai, laid in the late 1970s, was heralded as the first new railway line built in Andhra Pradesh in the last 100 years, showing the thoroughness with which the British originally planned the rail network in Andhra Pradesh. The guarantee also resulted in the companies making massive investments in buying huge lands for railways, which explains how it owns vast properties wherever it operates.

After beginning its life as a by-product of British colonial rule, Indian Railways developed into an asset that defined and shaped the destiny of the country over the course of the last century and a half. Tracks then meant to boost the coffers of foreign investors now form an important part of the country's infrastructure.

Unfortunately, the government of India turned a Nelson' eye towards the railways even though it remained perhaps the most important component of the country's infrastructure, even after the advent of the forces of liberalisation, privatisation and globalisation, post-1991.

In fact, when the proposal to introduce Metro Railways in the major cities of the country was mooted, the highest levels in the railway administration continued to adopt a conservative and orthodox attitude, delaying the introduction of the system.

That is not to say that the railway administration is not efficient or systematic which, in fact, it is. The problem is that their its culture is steeped in the legacy of the pre-LPG days, which explains why, unlike sectors such as telecommunications, energy, civil aviation, national highways and ports, railways having remained more or less completely excluded from contemporary approaches to the building of infrastructure such as the induction of foreign direct investment or the Public Private Partnership (PPP) mode.

Therefore, while the country can boast of world-class assets and systems in road, sea and air transport, the same can hardly be said about their railways counterpart. Delhi led the introduction of metros in the country with the legendary Sridharan showing the way. While other cities followed suit in due course, it was Hyderabad which demonstrated the efficacy of the PPP route.

The original steam locomotive was totally phased out by the 1980s, and first diesel, and then electricity, came to be used to provide the requisite energy. The competitive advantage of rail transport arises from the fact that its spatial efficiency is as much as seven times that of road transport and that it is much more energy efficient.

In order for road transport to compare, highways would need something like 24 lanes, a kind of width which no country can afford, with even the United States having tried it unsuccessfully. After all, one can hardly hope to fight obesity by loosening one's trousers! Installation of infrastructure for rail transport, however, is highly capital intensive. Therefore, the direction shown by Hyderabad should be a promising pointer for the future.

Coming to the question of modernising and streamlining the structure and performance of the Indian Railways, one would have to begin by noting that it is the fifth biggest rail network in the entire world with 1.3 million employees. The trade unions of its employees are powerful organisations.

The administration has also remained highly centralised and hierarchical, which slows down and complicates decision making. Also, not surprisingly in a democracy, governments have been slow to revise passenger and freight tariffs to keep pace with inflation and to respond robustly to issues like depreciation, wear and tear etc.

Although freight charges have been adjusted from time to time, passenger fares have remained more or less static, thus distorting financial performance. The recent decision of surge pricing of tickets in premium trains is, however, a move in the right direction.

Several studies have been commissioned by successive Central governments to investigate into what ails the railway system and how to turn it around. The size of the establishment and subsequent revisions of the employee wages following the recommendations of pay commissions have not helped much.

Still, the Railways remains the only Ministry of the Central government which gives back a dividend on the gross budgetary support provided to it which, last year, amounted to as much as Rs 7,000 crores. But the heavy burden on account of revenue expenditure leaves little room for capital investment.

Increase the ability of the organisation to generate enough funds to invest in capital assets, and to augment that effort by leveraging institutional finance. This will be a major challenge to be addressed which is possible, however, only if the railways can show a healthy balance sheet.

Reform measures will need to look at improvement of performance in various areas such as electrification, track renewals, bridge works, doubling of tracks and completion of unfinished projects.

It is heartening to note that the Central government has come out with a five-year plan for overhauling the railways, which encompasses many areas such as improving the railway stations with better passenger facilities, construction of new lines, debottlenecking the existing freight corridors, formulation of new suburban railway networks and greater decentralisation of authority down the line in the organisation.

A notable feature of the plan is the investment in "head-on generation" (HOG) with a view to meeting 25 percent of the energy demand with renewables, primary solar, by 2025.The long term plan aims at pushing up capital expenditure by about 92 percent annually, to achieve its Rs 35.3 trillion investment plan, by 2032.

Among the important challenges that will have to be addressed in the process of structural reforms and streamlined performance of the railways will be safety, pooling its staff strength, block maintenance (closing down certain sectors for maintenance of the track), renewal of ageing railway tracks and rationalisation of subsidies- if necessary in a graded manner- including operation of uneconomical routes, covered largely for fulfilling social obligations, and to many categories of passengers.

Employee productivity has remained an issue of concern for a long time. From being a two headed hybrid with social and commercial objectives it must transit to being a commercially viable entity first.

"Vision 2030", as the modernisation plan is called, will have asset monetisation as one of its important strategies. Special attention will have to be paid to uncovered areas of the country so that the public interest part of the organisation's remit also receives due attention.

Many other challenges need to be faced, and overcome, such as lack of punctuality, inadequate facilities including cleanliness at the railway stations, recurring crime and, not the least of all, political interference leading to many economically unviable decisions being taken. Needless to say, the top administration will have to make concerted efforts to contemporise its work structure in keeping with the demands of changing times.