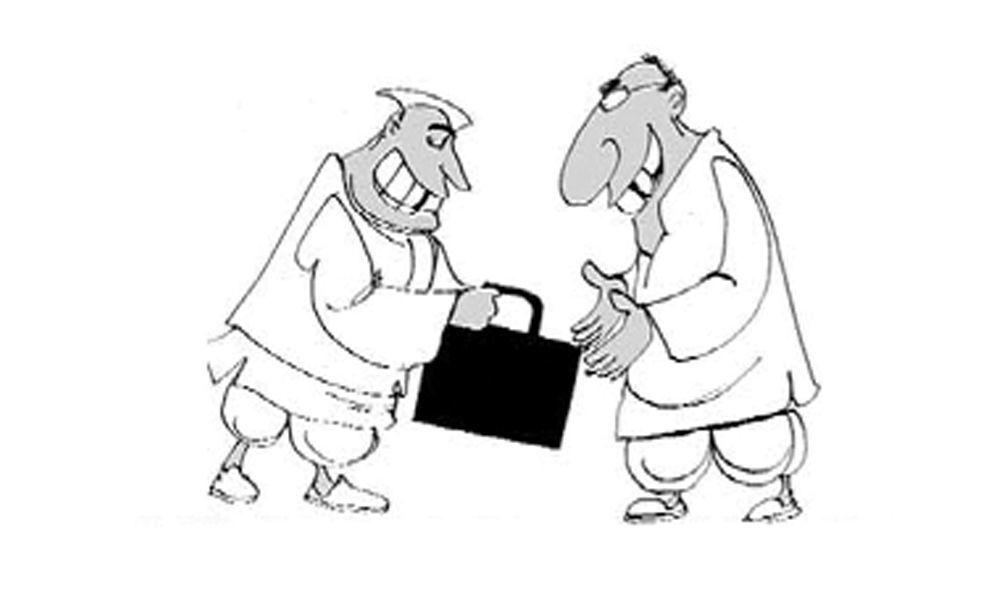 As part of political reckoning or polarisation, in the recent past, number of elected representatives as well as activists belonging to different political parties have joined Telangana Rashtra Samithi and the process is unabated

As part of political reckoning or polarisation, in the recent past, number of elected representatives as well as activists belonging to different political parties have joined Telangana Rashtra Samithi and the process is unabated.

This phenomenon of changing loyalties is viewed as unethical by few, others who disagree with them argue that for an ever-changing political necessity prevailing in the state it is but natural.

Having been attracted to Chief Minister KCR's persistent hard work to develop the state and countless development and welfare activities initiated and implemented by his government many are looking towards TRS.

Another reason for large scale defections of elected representatives as argued by one more section could be, that, the opposition which is expected to play the role of offering constructive criticism failed miserably to do so.

It is also a known fact that few persons belonging to TRS when shown interest to join opposition they are readily welcomed and admitted unconditionally. It has become a routine affair to shift loyalties from one party to another, and hence, criticism against this may perhaps be not taken seriously.

In a parliamentary democracy discipline is essential to political parties. When it is absent it may lead to collapse of elected governments or may lead to annihilation of opposition as the case may be. The best example of part indiscipline is defections and this is not limited to one single party.

Almost all political parties either had a taste of it or may taste in future. In India it is a political game. This game may be sweetish sometimes or may otherwise leave bitter experience.

If one observes the way defections have been taking place in AP state on the eve of general elections and also in the recent past, they leave a heinous indelible mark on the political scene. However, it also appears like a routine affair too. The reason of defections in AP totally differ from that of Telangana.

The origin and genesis of defections could be traced to British Parliament, the House of Commons, which is supposed to be the mother of parliamentary democracies. Whoever crosses the floor in Britain after getting elected from one party and are called there as disloyal persons.

Though not a common feature the defections do take place now and then. Members of the House of Commons of the United Kingdom, British members of the European Parliament, and members of the British devolved assemblies sometimes cross the floor and abandon a previous party membership to take up a new one. It is also common in USA, Australia, Canada.

As far as India is concerned, despite stringent Anti-Defection laws, for various reasons and on various grounds, politicians of almost all affiliations change loyalties and switch parties. No one is talking this seriously.

However, when someone defects to their party they invite him with claps and when it happens the other way affecting them, the same people indulge in criticism. There are also varied views whether the defected member should loose membership of the House or not.

The thought of Anti-Defection Law for the first time in India came in 1960s. In 1967 general elections Congress Party lost in eight states and was not in a position to form governments there.

This resulted in coalition governments formation and idea of common minimum programs. In addition, large scale defections cropped up. Between 1967-71 there recorded 142 defections in Parliament and 1969 defections in state legislatures.

32 governments collapsed and 212 defectors were rewarded with ministerial berths.

The then Haryana State Government collapsed due to defections. The Congress Government led by Bhagavat Dayal which lost majority during speaker election leading to defeat of official candidate had to resign.

One MLA by name Gayalal of that state defected thrice and since then the words "aayaram and gayaraam" became popular. Against this background came the Anti-Defection Act in the year 1985. This Act enacted during Rajiv regime was made part of 10th Schedule of Constitution.

Whatever manner we may like to interpret the Anti-Defection Law, one thing that is certain is, that, there is a conspicuous absence of well-established conventions required in a parliamentary democracy, in this regard.

Though stability of governments was ensured through this act, there is a possibility of deficiency of government accountability to parliament. Probably it would have been better had the Anti-Defection Act been restricted or limited to no-confidence motions and money bills.

This Act also may lead to curtailing the freedom of expression of an elected member as he has no choice to air out his dissent.

Against this background it needs to be examined whether there is any necessity for an Anti-Defection Law. Are defections limited to India alone? How the other countries are facing the defection issue? An interesting factor is that, despite prevalence of defections many developed nations have not enacted an anti-defection law to restrict floor crossing of their law makers.

It was a world-wide known truth that in 1931 in Britain politics for the first time James Ramsay MacDonald who became Prime Minister representing Labour Party defected. MacDonald, following differences with his party leadership on the then prevailing national economic crisis, left the party.

But, neither he nor three of his cabinet colleagues who left party with him did not resign to the membership of British Parliament, the House of Commons. There was no necessity also. Elections were also not held.

In Australian Parliament also party defections were very common. Floor crossing and collapse of governments were a regular feature there. In USA too it is common and many a times Members of House of Representatives do vote against their own party and that too on matters of high importance.

They however do not defect officially. Whether defection or no defection a Member of British Parliament once elected shall remain as its member until the expiry of the term. Indian Constitution by and large is a British Parliamentary and west minister type model.

As already mentioned, defections in India was a post 1967 election development. Not that they were totally absent earlier but were rare like in the case of Ashok Mehta and Tanguturi Prakasam Pantulu who continued in the posts even after defection.

Post 1967 such examples were innumerable. To mention few: Governments of Charan Singh and TN Singh in UP; GN Singh in MP; Rao Birendra Singh in Haryana; Gurnam Singh, Prakash Singh Badal and Lachman Singh Gil in Punjab; MP Sinha, BP Mandal, Daroga Roy and Karpuri Thakur in Bihar and that of Namboodiri pad in Kerala formed after defections. This defection process has become a continuous one.

In a democracy unless majority of people change parties from time to time, there cannot be change of governments and only one government stays in power like in a dictatorship.

The fact that once in five years or ten years governments are changing in states and centre means voters and people are changing parties. There is nothing strange in this.

Similarly elected representatives or aspiring candidates for better opportunities may resort to change of party. Freedom of expression is a Constitution guaranteed Fundamental Right.

To express dissent on his original party one may choose to defect. That is why there need to be well laid conventions but not mere Acts.