Skills do matter, not just your degrees 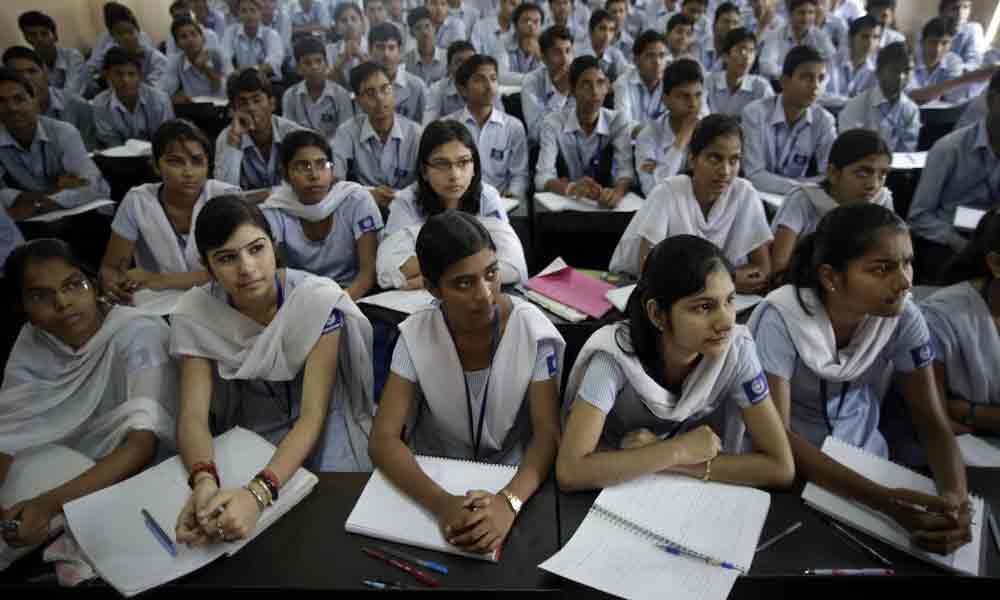 x
Skills do matter, not just your degrees
Highlights

When we were young, the choice in regard to pursuing college education leading to a career, was a little like a no-frills 'plain vanilla' ice cream –...

When we were young, the choice in regard to pursuing college education leading to a career, was a little like a no-frills "plain vanilla" ice cream – arts, science, and commerce – for those who did not wish to pursue professional courses. And medicine, engineering, law, accountancy, architecture, and, to an extent, journalism or teaching, for the others.

For those not interested in these type-cast categories, and with a penchant for service–oriented careers, there were options such as the civil services, banking, insurance etc. Then there were those who opted for the armed forces or the Merchant Navy. A very small number chose to make a living using their natural talent in the entertainment industry.

Other avenues have also opened up recently, such as the hospitality industry, the digital marketing industry, the retail sector, food industry and careers now beginning to open up on account of the boom in the sectors of business process outsourcing (BPO), and knowledge process outsourcing (KPO). There is also a great demand for semi-skilled workers such as technicians in hospitals and diagnostic centres, or mechanics in automobile workshops etc.

One can, thus, clearly see that the employment base in the country is expanding considerably. And this is happening in spite of the fact that, thanks to digitisation of various services such as travel bookings, e-banking, e-shopping etc., there has been a considerable fall in the demand for unskilled or 'white collar' workers.

All this, apart from the fact that the 'work from home' concept is catching up rapidly, making it that much easier for people, especially women, to find avenues of employment compatible with their lifestyles and requirements.

The hospitality sector in India has, over the recent years, progressed by leaps and bounds. Worldwide, it already contributes 10.4 percent of the global GDP, and is expected to contribute a further 10.4 percent over the next decade. Jobs in the sector have grown to 313 million and are expected to go up by another 72 million in the near future.

This sector now occupies a position second only to the government sector, with a share of 20 percent of all jobs created in the world. Spurred by exponential growth in technology, the consequent abundance of information regarding enticing tourist spots, and also the ease of making travel arrangements following the digitisation of several tasks, the industry is poised for exponential growth in the next few years. This will naturally mean a corresponding demand for trained and skilled manpower.

Another field with promising employment opportunities is digital marketing, which comprises various areas such as social marketing, content marketing, search engine marketing and inbound marketing etc. The sector offers plenty of room for those qualified in engineering and business management, apart from those with creative talent.

India is also among the world's favourite markets for BPO companies, along with countries such as Australia, China, Philippines and Ireland. Its unique geographical location and investor – friendly tax laws have made the industry very popular. As a result, the demand for Indian BPO services has been growing at an annual rate of 50 percent. The industry has already provided jobs for over 74,000 persons, which is constantly growing and is expected soon to cross 1.1 million.

With its large pool of talented professionals and specialists, domain workers such as engineers, chartered accountants, lawyers, architects, economists, statisticians etc., India is also quickly becoming the central hub for KPO. Jobs in that sector offer salaries about 25 to 30 percent higher, as compared to other sectors. According to ASSOCHAM, this sector, which has so far been growing at the rate of about 30 percent every year, is expected to touch US dollars 124.29 billion by 2025.

The entertainment industry is another promising avenue for those possessing creative talent. It comprises many segments such as television, print and films, apart from radio, music, animation, gaming and Internet advertising etc. A career in this field may, however, require a certain amount of specialised preparation such as a stint in the Film and Television Institute of India in Pune.

There are several institutes in the private sector as well, providing training to talented persons in this field. In the two Telugu speaking States alone, there are as many as 27 television channels spewing out stuff ranging from on-line news to serialised fiction, movies and sports.

The risk with specialised lines of employment is that if the activity collapses there is no alternative. Also, career progression is likely to be difficult and slow as the number of opportunities at higher levels is likely to be very small.

Another noteworthy aspect of the emerging situation is that, in sync with the expansion and diversification of employment opportunities, one is able to see a corresponding change in the curricula and syllabi of educational institutions. As the demand for skills of a specialised and narrow nature is increasing, the content of courses in educational institutions is responding to cater to special requirements.

As a result of being a function of the employment market's demand, educational courses nowadays are narrow and focused, often blinkered and devoid of the broad-based background which is necessary, in the long run, to find a proper balance in life. Clearly a shortsighted approach.

It is also not uncommon, these days, to find youngsters taking a gap from studies after school and before going for a graduate degree or a professional course. Some do this in order to discover themselves and see where their real aptitude lies. Sometimes that is also an opportunity to travel or to learn a language, or even to try one's hand at music or dance, all things one may not have the time to do, while attending a structured course leading to a degree or diploma.

While it is always easy for armchair experts, such as this columnist, to offer gratuitous suggestions to those who are battling out it with the real issues in the field, one ventures to make a set of suggestions that one can think of, by way of steps that can help organise a robust response to the imperatives of the emerging scenario.

Students need to be sensitised about the fact that employment opportunities in the unfolding scenario will no longer be available only through the possession of degrees or academic qualifications but initiative, skill and innovative ability.

The preparatory schools such as polytechnics and ITIs on the one hand and the high-end institutions such as the IITs and IIMs on the other, should all redesign the scope, design and content of their curricula to facilitate students to find jobs of their choice.

The mindsets and aptitudes of the students including their intuitions and innovative skills, should be graphed and options grouped into skill development categories, unlike the present practice of options being fixed on a supply-driven mode.

This columnist serves on the Board of Governors of the Centurion University of Technology and Management, Visakhapatnam, an institution which specialises in matching the supply of academic qualifications and technical skills with the market demand therefor. It not only tailors the curriculum and syllabus of various courses to the specific requirements of potential employers, but also gives hands-on training to the students in the duties and functions they will be expected to handle upon employment afterwards.

The creation, in recent years, of dedicated departments of the Central and State governments for the subject of skill development is a welcome measure which is sure to go a long way in achieving harmony between the forces of supply and demand in the employment market.

New entrants to professions should be made aware of common laws, traditions and practices relating to those areas. Compulsory basic knowledge of finance and insurance should be provided to those seeking entry into all professions. Surely, trying out the viability of some of these possibilities rate to be a much better option than the frenzied offers of political parties to dish out doles to the unemployed!