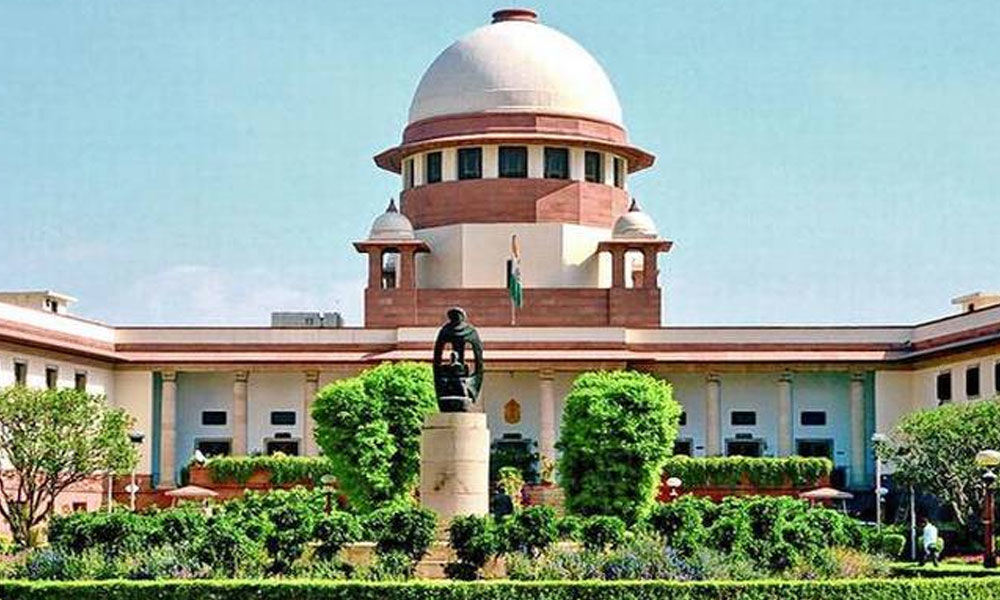 Tribals have heaved a sigh of relief with the Supreme Court modifying its earlier order to evict those claimants whose claims have been rejected and...

Tribals have heaved a sigh of relief with the Supreme Court modifying its earlier order to evict those claimants whose claims have been rejected and have attained finality. The actual evictions have been stayed till the next hearing on 24 July. However, the fate of nearly 1.50 lakh tribals whose forest land claims were rejected in respect of 4.11 lakh acres in Andhra Pradesh and Telangana States hangs in balance with the pending case in the SC.

Supreme Court's order of February 13 posed great threat to the tribals and created a national uproar with a wave of protests breaking out. The Court directed the State Governments to complete the process of verification or re-verification/review where these are pending under Forest Rights Act (FRA) 2006 and to carry out the evictions where rejection of claims have attained finality.

This order was issued in a case filed by retired forest bureaucrats and NGOs working for the protection of Wildlife etc. challenging the constitutional validity of the FRA. The petitioners alleged that the states failed to evict those claimants whose claims were rejected. However, the SC modified its earlier order on 28th Feb, 2019 stalling the eviction process till 24th July on the application filed to modify the earlier order by the Central Government.

Will the rejection of claims lead to evictions automatically is the question to be answered. the material papers on the file of SC show that 66,351 claims of Tribals were rejected covering an extent of 1,14,400 acres in AP, and 82,075 claims of Tribals in respect of 2,97,004 acres of land in Telangana State.

The fundamental flaw is that the orders passed by the adjudicating bodies were not communicated to the unsuccessful claimants enabling them to prefer appeals under the FRA. The very formation of the Forest Rights Committees (FRCs) is legally questionable since these FRCs were formed in both Telangana and Andhra Pradesh at the Gram Panchayat level instead of at notified Gram Sabha level as required by FRA and Panchayats Extension to Scheduled Area (PESA) Act 1996 in the Scheduled Area of the States.

The review of whether the rejection process has been completed as per the law in the wake of Supreme Court orders could bring out the facts of FRA implementation to the fore. in Andhra Pradesh. Recent reports reveal that a total of 73,758 cases of individual claims were rejected at various levels including Gram Sabha, Sub Divisional Level Committee (SDLC) and District Level Committee (DLC).

The orders passed by the Gram Sabha and SDLC are appealable, while the decision of the DLC is final and binding under the FRA. However, the DLC can reopen and review the rejection orders suo moto to rectify the miscarriage of justice if done to the claimants. Persons aggrieved by the decision of the DLC can seek efficacious remedy through filing a Writ Petition either in the High Court or Supreme Court invoking the constitutional provisions.

The major reasons shown for rejections are lack of sufficient documentary evidences, claimed lands fell in the area of Vana Samrakshana Saamithis (VSS), the lands are not classified as forests, claimants are below 18 years of age and multiple claims.As per the recent reports on the status of implementation of FRA in Andhra Pradesh 22,865 claims were rejected due to 'lack of sufficient evidence'. The question of evictions does not arise if there is no adequate proof that the claimant is not in the occupation of forest lands by the claimants.

For instance, tribals raised coffee plantations over their podu lands with the economic support of Tribal Welfare Department in the Scheduled Area of Paderu revenue division in Visakhapatnam district. The objections for the forest officials being that the satellite imagery is showing green patches, and lands should be bald patches to claim forest lands rights. Thus the rejections on this ground alone are not proper and valid and rejections should be based on the field inspection reports.

Furthermore around 1,524 rejections are reported because the lands are not classified as forest lands. Redefining the word "forests", the Supreme Court laid down that the provisions of Forest Conservation Act 1980 should be applied to all forests as per the dictionary meaning of the word "forests" and lands which are recorded as forest in any records.

Therefore the claims rejected on this ground shall be re-examined whether the claims come under the provisions of FRA or other revenue laws with regard to the eligibility of claimants to seek the assignment of patta. As of 2016 reports, 23 percent of the claims (13228) were shown as rejected on the ground that the claimed land fell in the area of VSS. FRA nowhere prevents the recognition of forest land rights over the forest lands that fell in the VSS area.

It is pertinent to note that there is no procedure prescribed under the FRA and its Rules to evict the unsuccessful forest land claimants. Therefore, the due process of law is to be complied in the case of rejected claims attaining finality under the existing Central and State legislations. Moreover, until the entire process of rights settlement is complete, the FRA protects against dispossession and eviction under Section 4(5).

Therefore the State Governments have to take steps to re-examine all the cases of rejections to render justice to the tribals in view of the preamble of the FRA which affirms that the intention of the law is to recognise the forest rights of forest dwellers and correct the historic injustice done to them. The DLCs can reopen and review the rejection orders suo moto to rectify the miscarriage of justice done to the claimants. The FRCs are to be constituted at the notified Gram Sabha to re validate all the rejected claims.

Ironically the petitioners argued that the claimants in the rejected cases as per the law which they claimed to be unconstitutional should be evicted. The Court ordered conceded to this demand before examining the constitutional validity of the FRA.