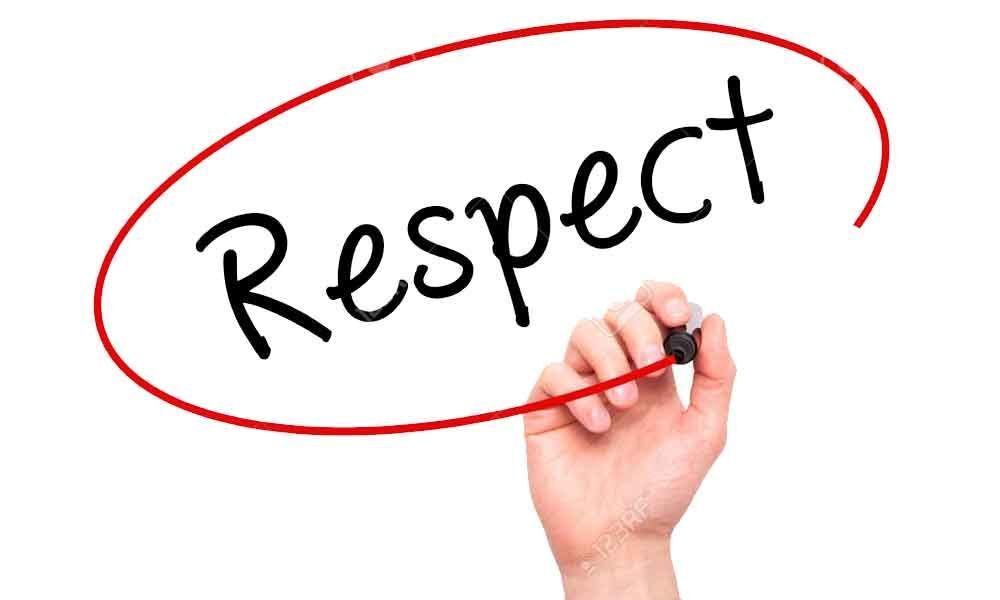 The great TV anchors, God's gift to Indian journalism, who have been Prime Minister Narendra Modi's shrill town criers these past five years, looked sheepish covering the spectacular swearing in ceremony at the forecourt of the Rashtrapati Bhavan.

These media stars from the loyalist school of journalism kept State secrets so deep in their hearts that they revealed not one portfolio, not even the time when the portfolios would be announced. There is an Arab saying: he knows not and knows not that he knows is a fool to be avoided.

It would of course be a matter of concern to the profession that after five years of supplication, short of Shashtang, the anchors and their cohorts did not have a hint on government formation.

There is a simple lesson for the anchors: a supine media does not invite the State's respect. Why would the State take into confidence those who are at its pleasure?

It was brave of the pundits whom the anchors had assembled to keep up the pretence of being in the loop. Some of the pundits who looked particularly distraught for having made no contribution to the discussions, leapt with excitement when a lady in a dark sari strode towards the lectern. "Sadhvi Niranjan Jyoti," one exclaimed.

"The Sadhvi of the haramzada fame," added his neighbour helpfully. In the midst of solemnity, this struck a discordant note. The anchor could have explained that the Sadhvi while trying to rhyme Ram Zada with Haram Zada, had quite inadvertently ended up describing Muslims as "bastards".

The manner in which the Cabinet cards were held close to the chest reveals two things: the government's singular lack of rapport with the media. The lack of transparency in government formation would have been understandable if the Prime Minister had to juggle and balance multiple coalition partners.

He has a brute majority and the allies who are part of the NDA are in no position to dictate terms. Actually, it is his absolute dispensability in the present establishment that is the source of Nitish Kumar's infuriation.

It was this pique that caused him to demand more than one seat in the Cabinet. We shall see more of his craft in days to come.

Too clever by half, he had got into the game with a singular plan: for the BJP to need him in a split verdict. He would then have made a statement about the lack of a clear verdict. That would have freed him to play the field to further his soaring ambitions. How does he now get out of the situation of being in the NDA's safe keeping?

Sitting tight on the Cabinet list quite innocuously, what signal is Modi sending to his Cabinet, party, media, indeed the country? That he runs a tight ship? But we know that.

In the ultimate analysis the message is loud and clear: Information is power and this power, like all the others, is held by Modi and Modi alone. Remember his pitch during the campaign: wherever you press the flower button, "the vote will come to Modi" (pointing his finger at himself).

Information as power for a leader or a party is one thing. But when the power to shape the minds of the Indian ruling elites on international affairs is placed exclusively in the hands of external agencies and news sources, surely the Prime Minister's idea of nationalism is in danger of being bruised. The sellout, which happened during Congress rule, can surely be discontinued now. Pardon the digression.

The multiplicity of the media and its rapid expansion to accommodate the post liberalisation advertising altered the State-media equation. This happened in the 90s. But relations between the media and the State were so vitiated much earlier by Indira Gandhi's Emergency that these relations could never be truly composed.

A section of the media compromised with the regime imagining the Emergency would last. But much the larger section fought Indira Gandhi tooth and nail. Journalists in the latter category, altered the basic terms of endearment.

In a classical framework, the independent media was expected to have an "adversarial" attitude towards the government. But the fierce antipathy generated during the Emergency caused a simple replacement of the term "adversarial" by "oppositional".

The feisty publisher of the Indian Express, Ramnath Goenka, who had staked his newspaper Empire fighting Indira Gandhi, sought to make peace with her when she returned to power in 1980.

Alarmed at this turn, Romesh Thapar and other champions of civil liberties pleaded with RNG. "You and Arun Shourie have been a two-man opposition to Mrs Gandhi." They implored him to keep up the struggle. RNG's response was pithy: a newspaper cannot function like an Opposition party.

Indian journalism, accustomed to a Congress culture since 1947, had to cope with something radically different since 2014. Atal Bihari Vajpayee was an interregnum of an unexpected order. He was the best Prime Minister the Congress never had.

The fawning media is, of course, a function of crony capitalism. The media is a secondary investment by business houses which they place at the disposal of the state in order to buy favours for their principal businesses.

The alternative media, manned by journalists of calibre, are on subsistence living, their durability subject to fluctuations. All concerned must have a conversation. Are the channels and the Information and Broadcasting Minister open to a dialogue?

To be on talking terms, the sides have to fall back on the classical dictum. "In a democracy, people elect a government of any hue. The role of the independent media is to support the people's choice on an issue by issue basis."

The stance is not oppositional but adversarial. For example, the media would reserve the right to tear into the administration whenever vigilantes lynch alleged beef sellers or young couple who cross lines of caste and community. And, applaud where applause is due.

(Saeed Naqvi is a senior commentator on political and diplomatic affairs. The comments are his own)