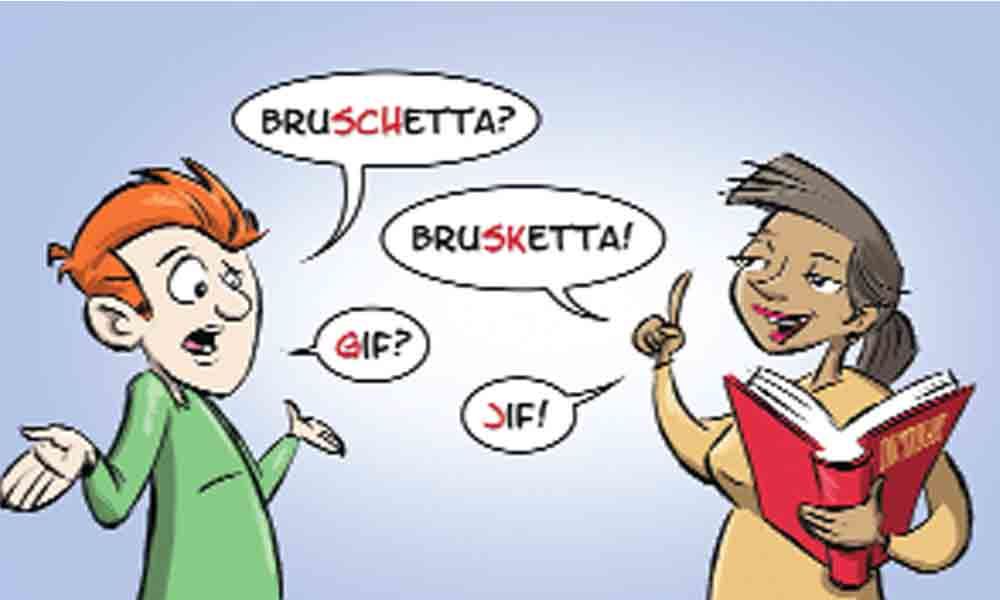 8 Mispronounced Words in EnglishIt's no secret that English is a funny language. It is full of words that can be infuriatingly hard to pronounce. Prese...

It's no secret that English is a funny language. It is full of words that can be infuriatingly hard to pronounce. Presenting eight such words that are most often mispronounced:

Incorrectly pronounced by a lot of people as pitcher or pikshur, the right way to say it is pic- ch.

The right way to say this word is Speh-si-fik and not sp-si-fik.

Commonly mispronounced as 'soot', the correct way to say it would be 'sweet'.

This word should be pronounced 'cue'.

When you say clothes the 'th' sound followed by an 's' is very difficult to produce, especially the voiced TH and zz ending.

The word has only one syllable; 'e' is silent and 's' makes a 'zzz' sound.

A lot of people pronounce this word as Al-muh-nd. The syllable 'L' is silent.

The correct way to pronounce it is Ah-muh-nd.

This word is pronounced as hyoo- muh. R is silent.

Most people follow the pattern and say 'heighth', with a th at the end of the word. The correct way to pronounce it is 'hait'.

To pronounce words more accurately in English and to improve fluency, one needs to pay attention to stressing on the right syllable.

If you stress on the wrong syllable, the word is going to sound incorrect even if you pronounce every single vowel and consonant correctly.