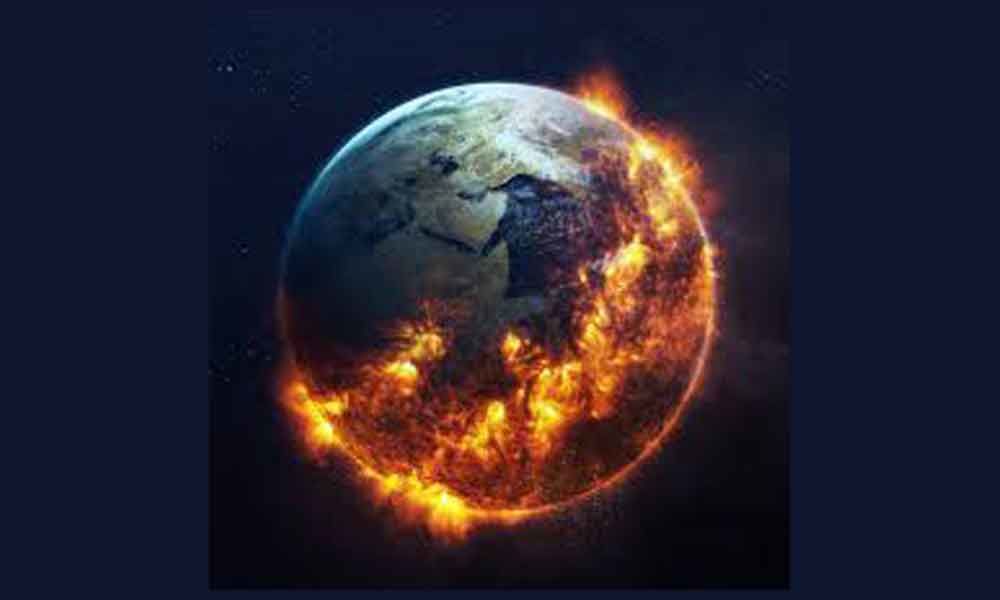 The 'cascade' of changes sparked by global warming could threaten the future of humanity, say scientists who warned on Thursday that more than half of ...

The "cascade" of changes sparked by global warming could threaten the future of humanity, say scientists who warned on Thursday that more than half of the climate tipping points identified a decade ago are now "active".

In an article published in the journal Nature, the researchers noted that climate change threatens the loss of the Amazon rainforest and the great ice sheets of Antarctica and Greenland, which are currently undergoing unprecedented changes much earlier than expected.

The other active tipping points include Arctic sea ice, permafrost, warm-water corals, boreal forests, and the Atlantic Meridional Overturning Circulation -- surface and deep currents flow of ocean water, the researchers said. The rainforests, permafrost and boreal forests are examples of biosphere tipping points that if crossed result in the release of additional greenhouse gases amplifying warming, they explained. Evidence is mounting that these events are more likely and more interconnected than was previously thought, leading to a possible domino effect, according to the scientists. "It is not only human pressures on Earth that continue rising to unprecedented levels," noted co-author Johan Rockstrom, director of the Potsdam Institute for Climate Impact Research in Germany.

"It is also that as science advances, we must admit that we have underestimated the risks of unleashing irreversible changes, where the planet self-amplifies global warming," Rockstrom said in a statement. The scientists call for urgent action to reduce greenhouse gas emissions to prevent the key tipping points, warning of a worst-case scenario of a "hothouse", less habitable planet. "A decade ago we identified a suite of potential tipping points in the Earth system, now we see evidence that over half of them have been activated," said lead author Tim Lenton, a professor from the University of Exeter in the UK.

"The growing threat of rapid, irreversible changes means it is no longer responsible to wait and see. The situation is urgent and we need an emergency response," Lenton said in a statement.

The researchers explained that tipping point risks are now much higher than earlier estimates, while urgency relates to how fast it takes to act to reduce risk. Exiting the fossil fuel economy, they noted, is unlikely before 2050, but with temperature already at 1.1 degrees Celsius above pre-industrial temperature, it is likely Earth will cross the 1.5 degrees Celsius guardrail by 2040.

Rockstorm said this provides strong evidence for declaring a "state of planetary emergency," to unleash world action that accelerates the path towards a world that can continue evolving on a stable planet. The researchers said that collapse of major ice sheets on Greenland, West Antarctica and part of East Antarctica would commit the world to around 10 metres of irreversible sea-level rise.

Reducing emissions could slow this process, allowing more time for low-lying populations to move, according to the scientists. They noted that current national emissions pledges - even if they are met - would lead to 3 degrees Celsius of warming, despite most countries having signed the Paris Agreement, pledging to keep global warming well below 2 degrees Celsius.