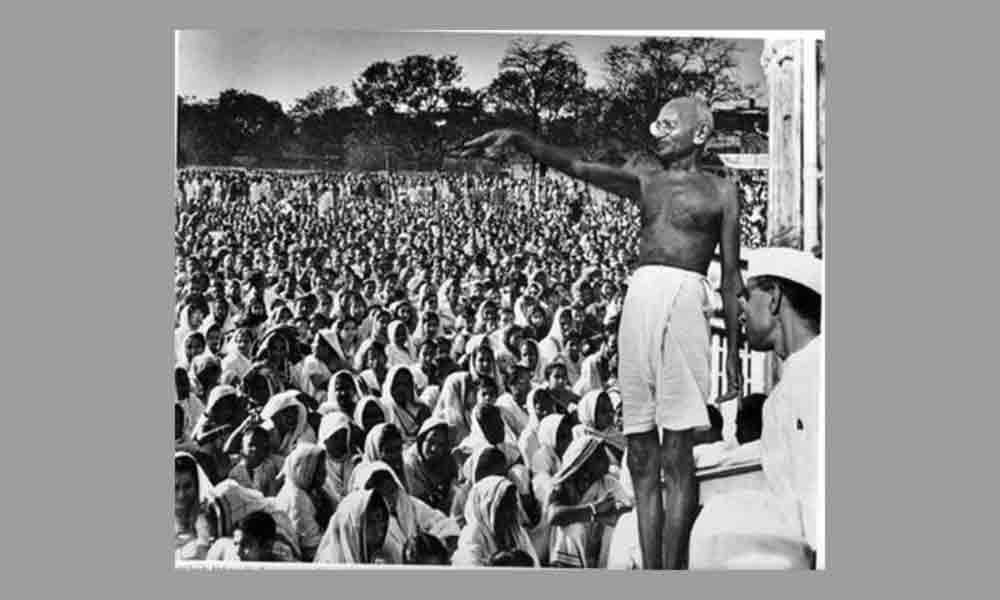 India celebrates 77 years of Quit India Movement on 9th August. The Quit India movement was also famously known as 'August Movement', or Bharat Chodo Andolan, which was launched by Mahatma Gandhi at All India Congress Committee's Bombay session meeting held at 'Mumbai's Gowalia Tank Maidan', in 1942, in his speech the Mahatma Gandhi called the nation to 'Do or Die', that turned into a revolution for final fight of total Independence. The struggle was real.

Within few hours after call, most of the members of Indian National Congress were imprisoned. Several national leaders like Mahatma Gandhi, Abdul Kalam Azad, Jawaharlal Nehru and Sardar Vallabhbhai Patel were arrested. The Congress was declared an unlawful association and its offices all over the country were raided and their funds were frozen.

Over 100000 people were arrested in connection with this movement. The government resorted to violence in order to quell the agitation. They were mass floggings and lathi charges. Even women and children were not spared. About 10000 people died in police firing in total. However, there was no communal violence.

Many businesspersons were against the movement because the profit they were making on heavy wartime. There was a lot of opposition that the movement saw.

Initially, the movement was suppressed by British highhandedly, but in the long run the movement gained much importance that made the British to realize that they cannot control India, if the movement continues for long time. However, the British refused to grant immediate independence and stated that it could only be granted after the war ended. Finally, India got independence in 1947.

It is the movement, where the students have participated largely and how it made stronghold can be learned by the present students, in the country where we live in today and the freedom we are enjoying today is because of these dedicated souls decided to take the path of struggle and go ahead with slogan of 'Do or Die', till we got Independence.

Believe in your cause

The main crux of the movement is to get freedom from British and many student groups believe that they will be freed from the clutches of the British, if they fought for the cause of movement and fight it bravely.

The movement taught a lesson that the students should make sure that they believe in whatever they stand for. Whether it comes to believing in them, they people they look up to or the skills that they have. Only belief will give you the hope to keep up your head in the hardest of times.

The Quit India Movement made the people of India united to fight against the cause, as thethousands of people coming together and formed groups, even being beaten, suppressed and imprisoned together. The leaders and the mass followers, all were put into jails. But they not failed in stayed together by all.

The movement was started on 9th August, 1942 with the speech of Mahatma Gandhi and the whole country stands behind him in toughest time and the results are right in front of us. We are free citizens of the country we live in and enjoying the fruits of freedom today. At present, there are leaders in Student communities, but we usually set side them and does not care what they say on unity of strength and fight for common problems of students. Hence, their words are considered to be unnecessary.

Here, where the students need to understand how they need to listen to the potential leaders and what they are saying and fighting for which purpose. This will help them to become better leaders too.

Know what you are capable Of

First, students should believe in the leader. For instance the Quit India Movement would not have taken place, if the people who took part in it didn't have faith in Mahatma Gandhi, he know how strong the country is, which is fighting for freedom. Actually, the movement brought the country in Unity and showed the people have hidden strength, which was overlooked by the British.

As a student, you must always know how powerful you are. You may be over looked by your peers and teachers, but you need to know that you are always above their expectations. So keep it in your mind and be ready to fly to your dreams.

The Movement was suppressed much to the worst. People were restrained and suppressed, but they never stopped trying. The people came voluntarily and participated in the movement to show their love for the country and the desire to be free was close to their heart and thus their endless trials were finally rewarded. A student has so much to learn from this. At each step we go through so much, and we feel like it's the end of the world.

It is the time to remember about thousands of students who participated in the movement at that time and gave best of their lives to make the movement successful and forced the British to announce ' Independence' to India in 1947.

1. Despite heavy-handed suppression by the British government, the people were unfazed and continued their struggle.

2. Even though the government said that independence could be granted only after the end of the war, the movement drove home the point that India could not be governed without the support of the Indians.

3. The movement placed the demand for complete independence at the top agenda of the freedom movement.