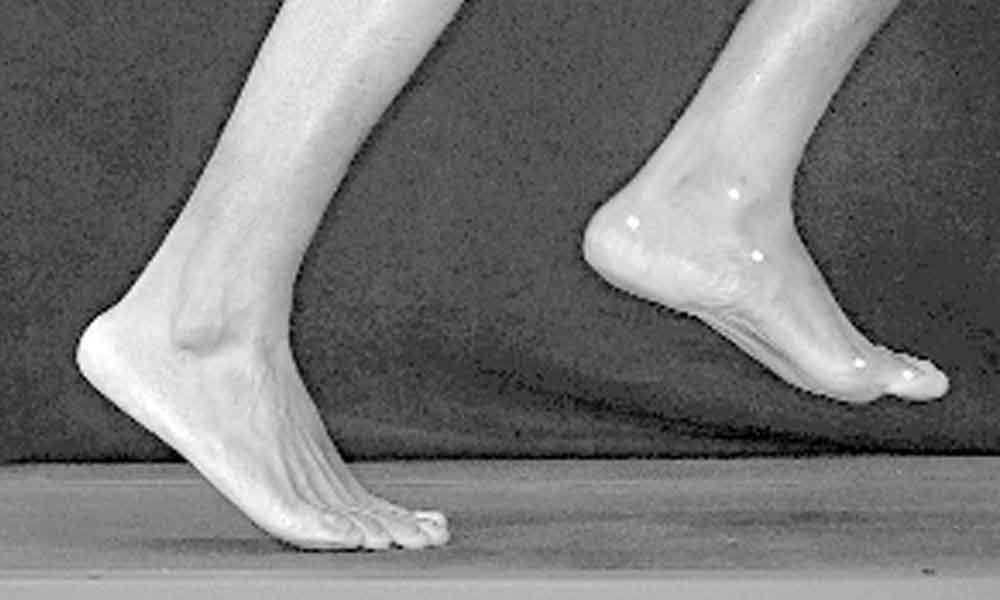 The transverse arch, running from side to side along the mid-foot, may be key to how the human feet evolved, and enable us to walk and run, a new...

The transverse arch, running from side to side along the mid-foot, may be key to how the human feet evolved, and enable us to walk and run, a new study reveals, which may also lead to novel designs for prosthetic and robotic legs.

According to the researchers, including one of Indian-origin from the University of Warwick in the UK, the longitudinal arch of the foot which runs from heel to forefoot, reinforced by elastic tissues underneath it, was considered the main source of the foot's stiffness for nearly a century.

The current study, published in the journal Nature, found that the transverse arch, which runs across the mid-foot, could be a bigger source of foot stiffness than the longitudinal arch, and may have evolved to become almost close to its current form over 3.5 million years ago. In the study, the scientists performed a series of experiments using mechanical mimics of the foot, and fossil samples from long-extinct human ancestors and relatives (hominins). Their results revealed that the transverse arch is the main source of the foot's stiffness. The scientists explained how the transverse arch is important using the example of how a flat sheet of paper withstands force. When the short edge of a paper sheet is held flat, the sheet is floppy and droops under a little weight, they said. However, curling the edge a little, may help the sheet withstand even 100 times as much weight, the researchers explained.

"Flat thin objects like paper sheets bend easily, but are much difficult to stretch," said study co-author Shreyas Mandre from the University of Warwick. "The transverse curvature of the sheet engages its transverse stretching when attempting to bend it. This coupling of bending and stretching due to curvature is the principle underlying the stiffening role of the transverse arch," Mandre said.

By performing mathematical analysis and experiments, the scientists assessed the mechanical principle for why curvature induces stiffness. The researchers explained that the transverse curvature engages this stretching stiffness, and supports the whole structure. Since the foot is a complicated, multi-functional structure, they said, it is not possible to modify just the transverse arch in models to test the theory without affecting other parts. "We found that transverse springs, which mimic tissues spanning the width of your foot, are crucial for curvature-induced stiffness," said Ali Yawar, another co-author of the study from Yale University in the US. "So we expected that stiffness would decrease in real human feet if we were to remove the transverse tissues and leave everything else untouched," Yawar said. The scientists also conducted experiments on the feet of human cadavers. "We found that the transverse arch, acting through the transverse tissues, is responsible for nearly half of the foot's stiffness, considerably more than what the longitudinal arch contributes," said Carolyn Eng, a co-author of the study from Yale University. "Our evidence suggests that a human-like transverse arch may have evolved over 3.5 million years ago, a whole 1.5 million years before the emergence of the genus Homo, and was a key step in the evolution of modern humans," added Madhusudhan Venkadesan, lead author of the study from Yale University.