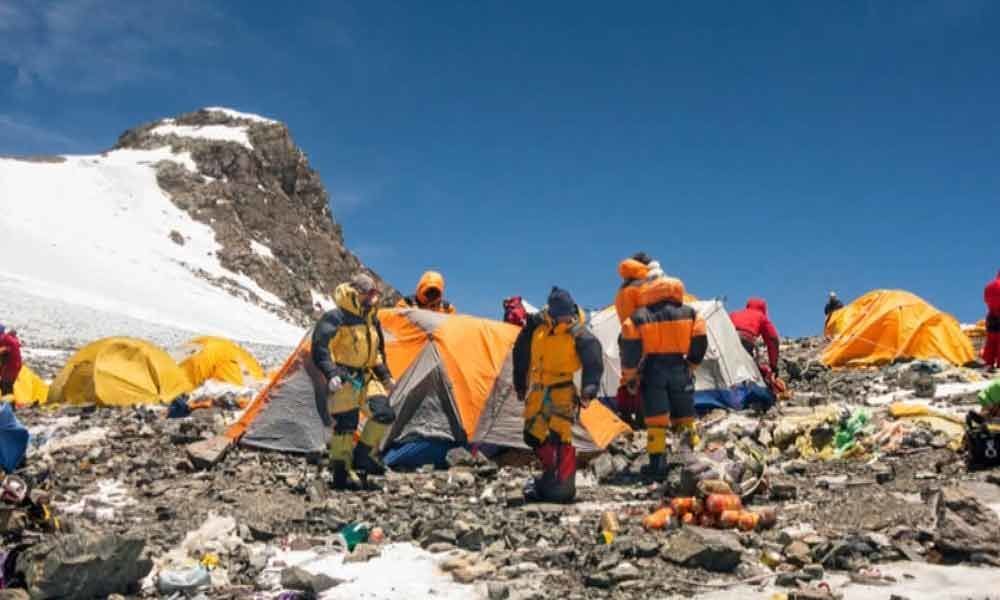 Climbers with pressing needs on Mount Everest will soon find an "eco-friendly" toilet at a Chinese campsite 7,028 metres (23,058 feet) above sea level in an ongoing campaign to deal with the peak's waste problem.

Beijing: Climbers with pressing needs on Mount Everest will soon find an "eco-friendly" toilet at a Chinese campsite 7,028 metres (23,058 feet) above sea level in an ongoing campaign to deal with the peak's waste problem.

Decades of commercial mountaineering have turned Mount Everest into the world's highest rubbish dump as an increasing number of big-spending mountaineers pay little attention to the ugly footprint they leave behind. Fluorescent tents, discarded climbing equipment, empty gas canisters and even human excrement pollute the well-trodden route to the summit of the 8,848-metre peak. During the climbing season this spring, a Chinese expedition company will add what state media dubbed an "eco-friendly" loo at the higher campsite on the northern slope in Tibet.

"The toilet makes it easy to collect human waste produced by the climbers as there is a barrel with rubbish bags underneath the toilet," Xinhua quoted Pema Tinley, deputy secretary general of the Tibet Mountaineering Association, as saying. The waste will be collected and brought down the mountain. Similar facilities have been installed at lower camps, including at the 5,200-metre north base camp, in previous years, according to Xinhua.

The waste from the base camp is taken away daily and is provided to local farmers to use as fertiliser, the news agency reported in February, citing observations by its reporter and a member of the mountaineering management team. The temporary toilets will be removed at the end of the climbing season. Governments on both sides of the mountain have been battling the human waste and trash left by an increasing number of climbers. In February, China banned non-climbers from accessing its Everest base camp in Tibet in an attempt to clean up its side of the mountain.

Meanwhile, engineers in Nepal are considering installing a biogas plant near the more popular south base camp that would turn climber poo into a useful fertiliser. Currently raw sewage from the camp is carried to the next village -- a one-hour walk -- and dumped into trenches, where it risks contaminating water sources down in the valley.