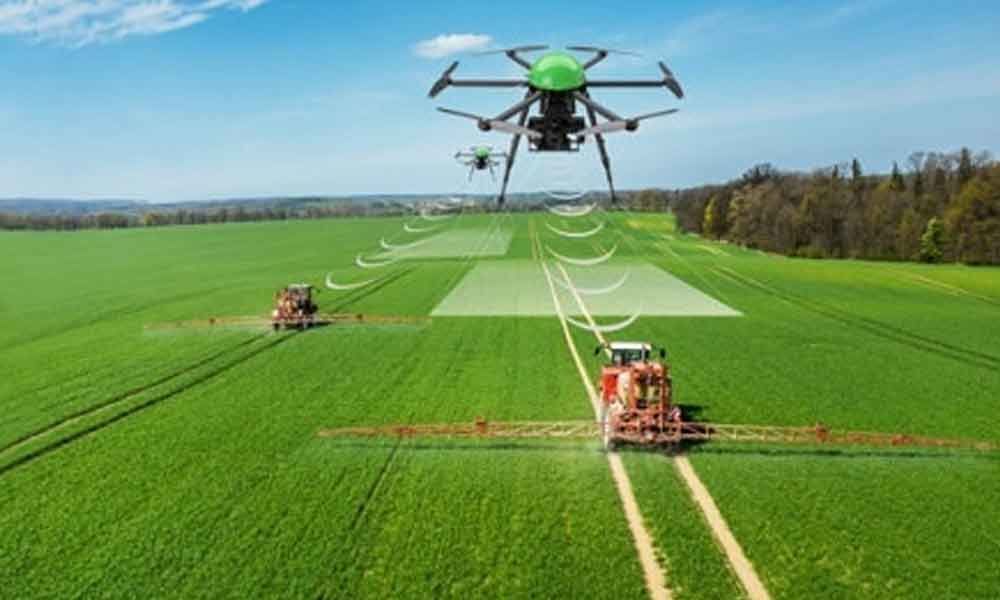 Mr. Ambula Gopi Raja from Kankipadu from Krishna district in Andhra district. Currently doing his Btech graduation in Vijayawada's leading KL University developed a successful prototype for agricultural spraying. Mr. Raja based his invention on the development of remote-controlled aircraft with multi-rotor technology. It is intelligent equipment designed to spray pesticides without the presence of farmers during the process and operates by scheduling tasks a trajectory. The entire process is programmed and recorded on a laptop computer.

His motive behind developing the drone was his farmer father who used to spray pesticides to his farming land according to the requirements of crop-because of the spraying of pesticides with hands his father was affected with a lung infection. Doctors informed that it was because of pesticides spraying but can be cured after treatment. And they warned that if he happens to continue to use the same method for spraying it might be life-threatening to health. So he wanted to find a solution and that is the starting seed for the technology.

He so developed a technology called "Drone Technology" with the help of university and his friends.

♦With the help of a drone, we can spray without human involvement in the field.

♦ A 12-megapixel camera is attached to the drone, with a certain height drone can be operated by a farmer to spray chemicals or pesticides.

♦the drone has a technology to scan whether the crop has effected with the insects or not.

♦We can count the number of fruits in a gardenlike mango tree with a huge number.

This drone technology was recognized by Acharya Nagarjuna University and trying to sell the drones to the farmers at a bearable cost. The intention of University and govt is to have a drone with every farmer like having phone with them

This noble intention gave birth to the nation's first agricultural drone, a need of every farmer across the country. Though many are manufacturing drones, the utilities are different and farming was never an option.

This drone invented by Gopi sprays fertilizers in a perfect manner as designed by the innovator. They can cover up to 50-acres of land in a single day. With less number of Farming labor availability in rural areas, such innovative accessories play a vital role in the sustenance of this dwindling tribe of farmers.

Apart from health hazards, the drones also assist in spraying very tall trees due to their ability to fly high.