A fascist hangover to political discourse? 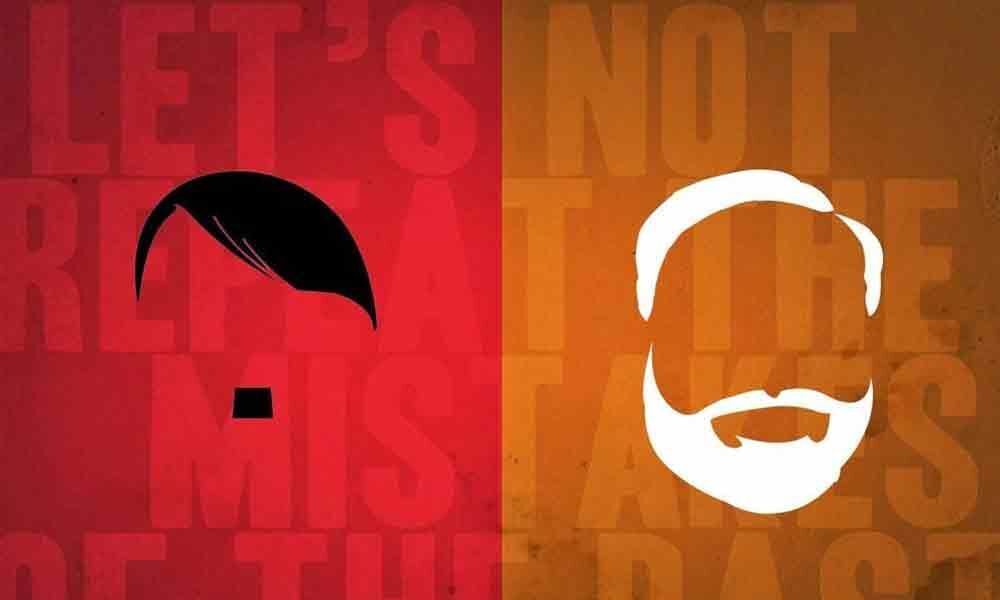 The political discourse in India is being dangerously and deliberately allowed to attain ugliest dimension by fascists who want to indoctrinate the...

The political discourse in India is being dangerously and deliberately allowed to attain ugliest dimension by fascists who want to indoctrinate the minds of people with their own analysis of history where iconic people like Mahatma Gandhi were being defamed and criminals like Godse were being acclaimed with a clear intention of interpreting patriotism in their own distorted way to grab power at the cost of unity and integrity of the Nation. (Idolisation of Godse: a big reason to worry - THI, May 18).

The encomiums showered by Pragya Singh Thakur on the killer of the father of the Nation and the vandalisation of bust of great reformist and scholar of West Bengal Vidya Sagar by supporters of BJP are intended to promote false nationalism based on harmful ideology which doesn't respect the unity in diversity of our country.

The people of India are ashamed of having politicians who don't have the decency to respect the towering and tallest personalities of the country because of whose services and sacrifices our Nation has attained the glorious position where it is placed now.

We now see most of the present generation youngsters becoming liabilities to the country by being aimless and morally weak with violent attitude .

There is an urgent need to let youth be inspired by right persons who did yeoman service to the Nation . Let us imagine the fate of our country if youngsters draw inspiration from notorious persons like Godse and pose potential threat to the wellbeing of the Society .

The future of this country will be in great danger if some other politician tomorrow exhorts people to get motivated by Dawood Ibrahim rather than APJ Abdul Kalam.

Undoubtedly , persons in politics should be taught a befitting lesson by people if they display irresponsibility by letting loose their tongue in a way that is highly detrimental to the Nation.

We, as sane citizens of this country, must be aware of the words of your editorial that caution all of us to not let our country rot further in the hands of politicians who try to inflict heavy damage on the nation by promoting their myopic ideology.

Obviously, the need of the hour is to permanently discard and isolate the politicians who lend Voice to these highly deleterious ideologies.