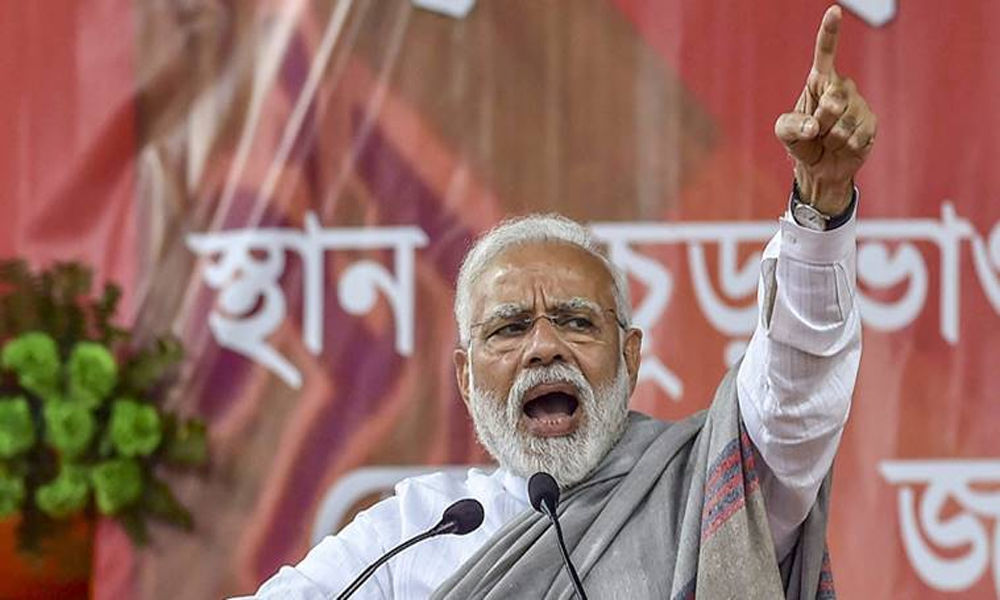 The air strikes are a great achievement for India by Modi-led BJP government at the Centre after recent Pulwama attack on Indian jawans by Pakistan....

The air strikes are a great achievement for India by Modi-led BJP government at the Centre after recent Pulwama attack on Indian jawans by Pakistan. This act by Indian Air Force may change fortunes for Modi to win the second term as PM. Modi proved that he is aggressive when the country is in need.

People of India should give mandate to Modi led government at the Centre again in 2019 parliamentary polls. It is reported that Jaish-e-Mohammed terror camp is destroyed after dropping six bombs of 1,000 KG in 20 minutes. It is learnt that 300 to 350 terrorists that include 25 trainee terrorists are killed in the attack by IAF. Unauthorised sources say that death toll is more than that is given as per the record.

This is a great attack by Indian Air Force on Pakistan from the past decades. It is the beginning of victory way for India on Pakistan. Modi proved that he can rule the country without bowing down to any terrorist groups and also by maintaining peace in the country. Finally, let us wish Modi best of luck to form the government at the Centre again in 2019 parliamentary polls.