Chandrayaan-2 still has a lot to offer for scientists 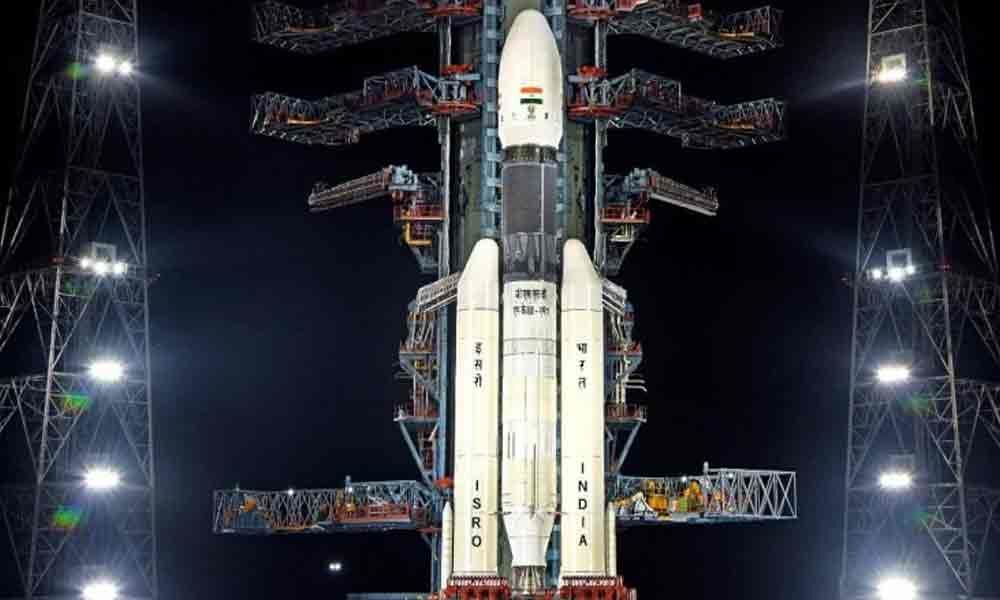 Chandrayaan-2 still has a lot to offer for scientists
Highlights

Years of hard work literally came to naught for ISRO on Saturday after it lost communication with Moon lander Vikram, and no amount of words could put ...

Years of hard work literally came to naught for ISRO on Saturday after it lost communication with Moon lander Vikram, and no amount of words could put it right for the scientists at ISRO Telemetry Tracking and Command Network ISTRAC, Bangalore.

Despite a motivational speech by none other than Prime Minister Narenda Modi, who had rushed in to watch the mission's success late last night and then again was with the Team Chandrayaan-2 to speak to them, ISRO Chairman K. Sivan broke down and wiping his tears on Prime Minister Namenda Modi's shoulder. But the nation should remember, the Chandrayaan-2 mission still has a lot to offer to scientists, regardless of the Vikram lander's fate.

Unlike India's first lunar mission, Chandrayaan-1, where over half the payloads were from other countries, the current mission carries instruments that are indigenous. The only foreign payload — a NASA laser reflector — was on the lander. In addition to setting a global first, a successful landing would have made India just the fourth country to touch down anywhere on the lunar surface, and only the third nation to operate a robotic rover there.

Nevertheless, the Chandrayaan-2 mission's orbiter remains safely in lunar orbit, with a year-long scientific mission ahead of it. India's Moon Mission - 2 may not have gone as planned, or as Indians expected it to be, but Prime Minister Narendra Modi's gesture is being fondly shared by the Internet. Prime Minister Modi is known for his compulsive hugs, as is evident when he meets any world leader.

However, netizens shared the viral footage calling it "Modi's most genuine hug", as it wasn't created for the cameras. ISRO official comment is rightly justified by saying even though the fate and the status of Chandrayaan 2 moon lander Vikram is not known, hope is not lost as far as the Rs 978-crore moon mission is concerned.

Only 5 per cent of the mission has been lost — Vikram, the lander, and Pragyan, the rover. The remaining 95 per cent, that is the Chandrayaan-2 orbiter, is orbiting the moon successfully. Prime Minsiter took every moment of his speech to highlight the success of Chandrayaan 2 thus far and encouraging for future experiments and said "true to your nature you ventured into a place where no one has gone before".

Sivan's emotions are a reminder of how passion drove a humble Tamil Nadu farmer's son to lead India's most ambitious and complex space mission so far. Rising through the ranks in ISRO, Sivan became the director of the Vikram Sarabhai Space Centre, Thiruvananthapuram, in 2015, and subsequently came to be called "Rocket Man" because of his contributions in the development of cryogenic engines.

It was undoubtedly an emotional moment for ISRO Chief Sivan and all the scientists spent countless hours working on the shop floor, poring over desgins and peering at computers in their attempt to help India make history with Chandrayaan 2. Their contributions, as Prime Minister Narendra Modi said this morning, would not go unnoticed. They must remember though- the country is very proud of them.

Today, I witnessed that India literally stands united in this regard (Chandrayaan landing) and I saw this rarest of rare scenario for the first time in a long time, perhaps since we were united under the late Dr APJ Abdul Kalam! After that, I have never seen this side of our country rise. But today, I am so happy.

Not because of the setback of Chandrayaan 2, obviously! But because I got to see the most beautiful version of India, which knows no discrimination on the basis of caste, creed, race, sex, ethnicity, region, religion, etc. but stands in unity and harmony. No blame games, no "who is responsible," but only good vibes and positivity!

Failure, we are afraid of it. We are disappointed, dejected, frustrated when we fail. But" failure "has the other side of it. It teaches us courage, conviction, determination and to rise up again. September 7 is a 'red letter day ' in Indian space history. When ISRO chairman was unable to control his emotion and burst into tears we see a" great Indian prime minister "Narendra Modi consoling him.

The picture of prime minister consoling ISRO chairman should not be merely seen by every Indian but be strongly felt that "failures" are part and parcel in our lives. School going children and young people who commit suicide by consuming poison, hanging for their failures in examination due to stress and for other petty reasons should learn a great lesson from this incident.

Our beloved Prime Minister's grandeur personality" is reflected in his gestures and he stands out from the rest of former prime ministers of India. Let us imbibe the great quality of endurance when we face failures by accepting it rather than shrinking with sorrow by this incident.

It was disappointing to know the status of Vikram lander on the Moon's South Pole with India making a very first attempt to land over there. However with Chandrayan-2 orbiter still being active and involved in its continuos path, it brings cheers and hopes to many people.

The losing of contact prior with Vikram to landing at Moon resulted in failure of ISRO to accomplish the mission. The entire nation stood by ISRO and was well overwhelmed by brilliant efforts to prepare Chandrayan 2 including Vikram and Pragyan. It is overwhelming to know that ISRO has garnered high support and wishes across various sections of the society including the science community, bollywood, sports and political leadership.

ISRO should now look ahead and focus on its existing active mission i.e. Chandrayan -2 orbitter and data analyisis to determine the cause of failure. The efforts put up by ISRO and others involved in this mission is highly appreciated. The Hon'ble PM gesture towards ISRO Chief over the failure demonstrates leadership in spirit of fairness in a game.

However such emotional outbursts should be avoided in a public domain and instead the team should put up a brave face to the entire world and should accept the failures in the right spirit of the game.

Kudos to ISRO for its collective commendable job in the Chandrayaan2 mission. Our scientists need not lose heart just because we have lost the contact with the lander in the last stage of its landing on the moon.India has already taken a giant leap in the space technology and we are just a step away from what THREE other countries have achieved in their missions to the moon.

This failure is a big lesson for us and in our future endeavors, I hope our scientists would think of sending a stand-by lander also with an extra rover in it.The only small let-down is that our proposed mission of sending a man to the moon may be delayed for a couple of years.But this helps us in planning an error free manned mission.