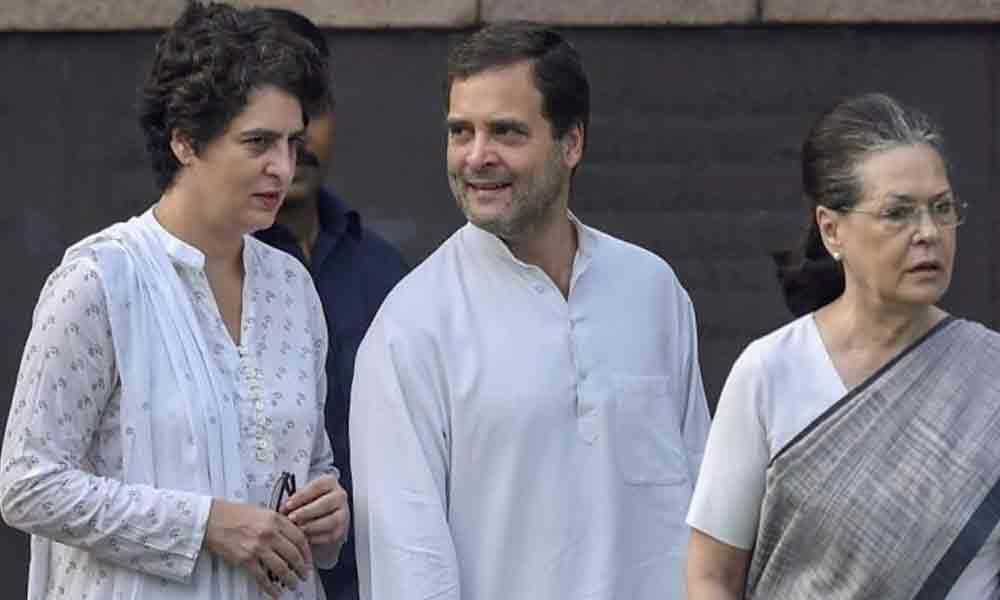 The term 'interim President' is of course undefined and could thus prolong for ever. The oldest party of the nation is not in a position to survive...

The term 'interim President' is of course undefined and could thus prolong for ever. The oldest party of the nation is not in a position to survive without the Gandhi family. The more things change, the more they remain the same. The CWC has stubbornly refused to sever the umbilical cord that connects it to the Gandhi family.

Ironically, the veterans who had been raising the pitch for a young leader at the helm are now hailing the appointment of the septuagenarian Sonia. Such is the unswerving loyalty to the Gandhi family! Would Ms Gandhi dissolve CWC and hold polls? In such a scenario, would both Rahul and Priyanka contest or find a place? There are too many questions begging an instant response. We wouldn't be surprised if the 'search' starts and ends at her home.