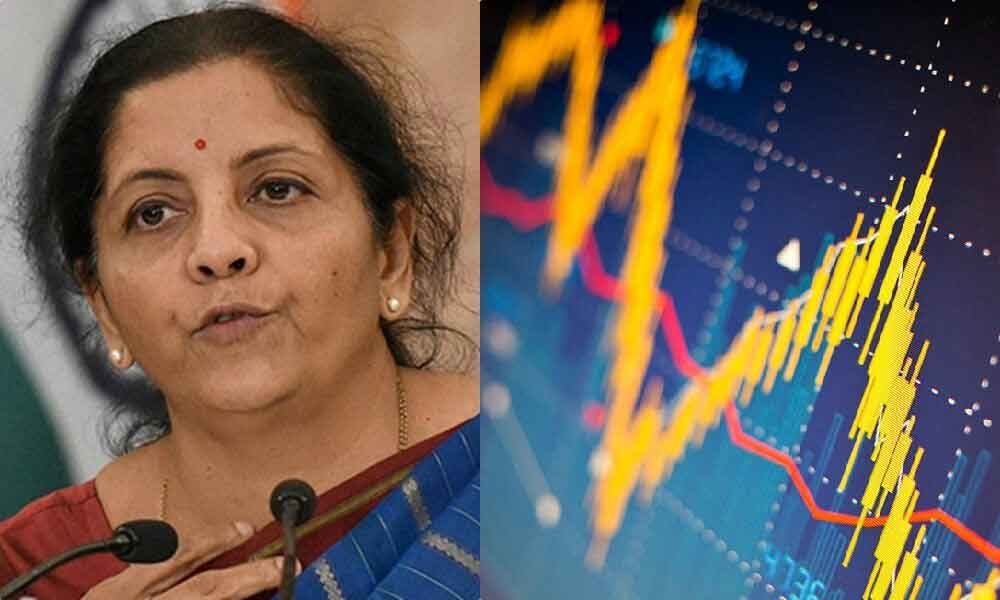 In a bold move to revive the economic slowdown and to achieve the objective of becoming a USD 5 trillion economy by 2024-25, India needs to sustain a real GDP growth rate of 8 per cent and to make India an attractive investment destination and to give a boost to 'Make-in-India initiative, the finance minister Nirmala Sitharaman slashed corporate tax rates to 25 per cent from 35 per cent (22 per cent from 30 per cent without exemptions) for existing domestic companies and an extremely attractive rate of 15 per cent for new companies worth of Rs.1.45 trillion paid by domestic manufacturers, making the country one of the lowest tax regimes in Asia.

Of late the two engines of economy that is investments and exports seem to be slowing down again after a brief period of robust activity. This has resulted in 5 per cent growth.

However, to boost growth of 8 per cent sustained only by a "virtuous cycle" of savings, investment and exports catalyzed and supported by a favourable demographic phase.

Exports must form an integral part of the growth model because higher savings preclude domestic consumption as the driver of final demand.

The government bold move to slash the income tax rate for companies by 10 percentage points to 25.17 and offered a lower rate to 17.01 per cent for new manufacturing firms to boost economic growth rate from a six-year low by incentivizing investments to help create jobs.

With the announcement of reduction of corporate tax to 22 per cent and 15 per cent for new manufacturing companies catapulted the domestic equity market with the benchmark BSE Sensex skyrocketing a record 1,955 points to 38,048.93 in intra-day trade, which is a biggest day gain in a decade.

Analysts described that effective corporate tax rate reducing to 25.17 per cent will significantly improve profitability of full tax-paying companies, leading to change in return on equity (ROE) and multiple re-rating.

Further the slashed minimum alternate tax (MAT) will also lower rate of tax for new companies, which does investment in manufacturing till 2023 should lead to higher capex, also it gives the companies space to cut prices to boost demand and revival the economy. Further removal of enhanced surcharge on capital gains should be a big positive for investors.

Analysts also opined that slashed corporate tax worth of Rs.1.45 trillion will be released in the economy will boost sentiments and bring in real surplus to the corporate for investment and creation of jobs and improve the state of the economy by boosting exports.

Further, this move would ensure hundreds of billions of dollars of FDI and has the potential to revive FII sentiments as well, as the corporate tax rate makes Indian companies more competitive in the global markets.

With loss of Rs.1.45 trillion, the government estimates the fiscal impact would about 0.7 per cent of GDP, as a result the bond yields gone up. The major beneficiaries are FMCG, consumer durables and auto companies among the sectors.

The government is announcing big bang reforms for past few days to boost consumer demand and to boost investor confidence and revive business sentiment, while the RBI also supporting the government to revive the economy by reducing interest rates since 2019.

However, the economy needed some boost from the fiscal front as well.

Analysts also commended the government earlier steps to ensure adequate liquidity to NBFCs, HFCs, as these steps will facilitate higher economic expansion that will lead to higher tax revenue to meet its fiscal targets. The fiscal stimulus will take India closer to its dream of a $5 trillion economy.

The largest economies like the US and UK has taken similar measures to attract capital and investments, now India is followed the same suit to align corporate tax with the current economic reality has been appreciated by worldwide economies.

Without waiting for next budget the government has taken the bold steps to spur the economic growth and boost investor confidence to attract more FDIs and hope that the government will also take same steps for reduction of income tax in case of individuals and other taxpayers soon as the festival season approaches.

This would leave more money in the hands of taxpayers, which in turn would boost overall demand and consumption in the economy.