Enable women to contribute to nation-building 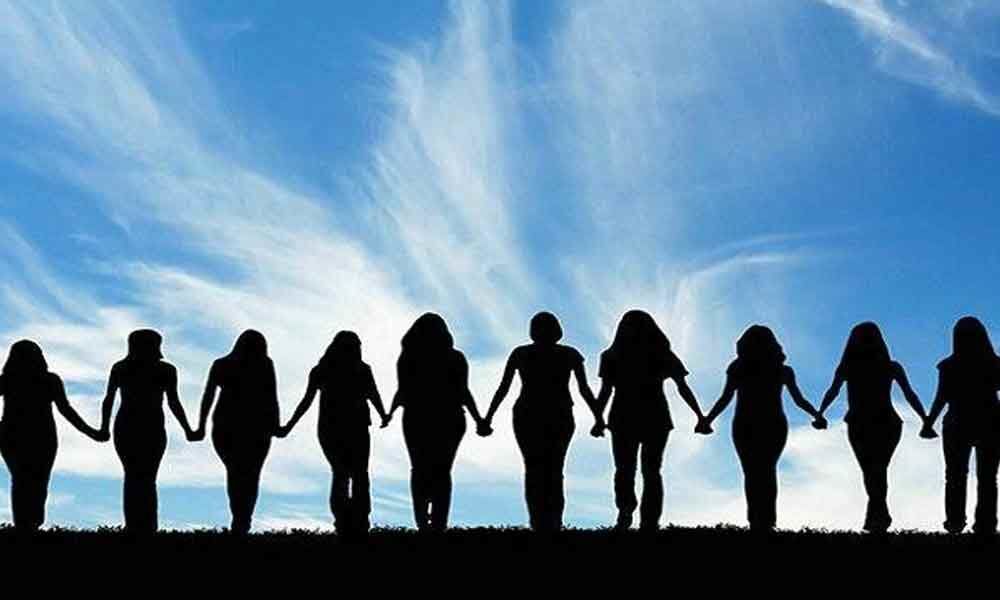 Though India has made some notable progress since independence in addressing the issue of deeply ingrained gender disparity in our society by...

Though India has made some notable progress since independence in addressing the issue of deeply ingrained gender disparity in our society by doing some good work to improve the levels of honour, dignity, rights and opportunities of women, we are still miles away from putting an end to the ugly manifestations of misogyny, sexism, masculinity and patriarchy.

Especially in the spheres such as education, employment, health, arts, sports and politics because of which our economy couldn't take a big leap forward as the women of our Nation who are almost half of our population sadly represent only 27% of our work force and shockingly 5% of top level bureaucrats.

This is a worrisome reality that is precluding our efforts to expeditiously attain the $.5 trillion economy which is an important point rightly highlighted by your Editorial " Divine dwells where women are honoured " August 17.

It is infamy and more disturbing to have politicians, lawmakers, ministers in our country who indulge in promoting gender gap and misogynistic views by passing derogatory remarks against women in a brazen manner.

Instances such as Jayaprada being derided by Azam Khan about her Khaki underwear, Mayavati being compared to a prostitute by a BJP leader, the name and fame of Sonia Gandhi being attributed not to her talent but to her white skin by a top leader of BJP, BJP being ridiculed of not having any pretty woman like Priyanka Gandhi by some Congress leader, Smriti Irani being certified as prettier than Priyanka Gandhi by a BJP leader, Priyanka Gandhi being commented cheaply for her wearing jeans in Delhi and sarees in temples and distasteful remarks like " boys behave like boys only .

It is girl who falsely accuses boy of raping her when the boy breaks his friendship with the girl " made by Mulayam blaming girls and supporting boys for mounting incidence of rapes speak volumes of our top ranked political class having myopic vision of no minimum respect and honour towards their women colleagues.

Even Prime Minister Modi once made a appreciative but misogynistic comment that Shaikh Hasina , PM of Bangladesh had zero tolerance towards terrorism despite being a woman. It is really disheartening and disconcerting to see the blood of high profile political leaders of high standards being laced with toxic misogyny.

What is happening to the dignity and honour of women in our movies is a matter of more concern than that of political landscape. Our films portray women as objects and symbols of sex who expose their anatomy to satisfy the the lustful eyes of male audiences.

Seldom, a film is made with a female character who shows her rational mind, ability to guide others to prosperity and other qualities like self respect and individuality. It is unfortunate to have films where beauty is everything that makes woman great rather than her abilities and skills that emanates from her creative mind and independent thinking.

Alarmingly, a deleterious message is being conveyed through our films that women are meant for giving pleasure to men and they are assets owned and controlled by men. We need to break this misconception by patronising and welcoming movies made to educate people on gender equality.

Feminists and intellectuals need to sensitise men about the need to end gender disparity . Unless , we create a country where women are not inferior to men in all walks of life and where women contribute immensely to economic progress of the Nation in equal measure with men , it will be a distant dream to see our country as a super power of the world.

No doubt, we have sufficient laws and legal avenues that are of some advantage to women who knock the doors of judiciary. Women may be happy to some extent with demand of dowry being outlawed and with stringent punishments prescribed for other crimes against women such as sexual harassment, domestic violence, rape and molestation. But , punitive measures wouldn't bring all the changes that are required for complete empowerment of women.

Encouraging and supporting women in the fields of education, jobs, sports and politics would certainly turn out to be a game changer in bridging gender gap. The mindset of men should be adaptive enough to welcome women to reach the pinnacle of glory by realising the fact women no more like themselves to be confined to kitchen and bedroom.

It is not true that women are weak and it is a fact that they are always strong. The problem is that men refuse to accept the truth that women are strong. If men come out of this misconception, there will be perfect understanding and mutual respect between men and women.

If the man tries to bury the woman, she will not perish but become a seed to germinate and sprout. We will be doing gross injustice to our economy by not letting our GDP grow at faster pace if women are prevented from contributing to the Nation with their matchless brain power.

Let there be perfect coordination and mutual respect between men and women to enable our country to scale greater heights.