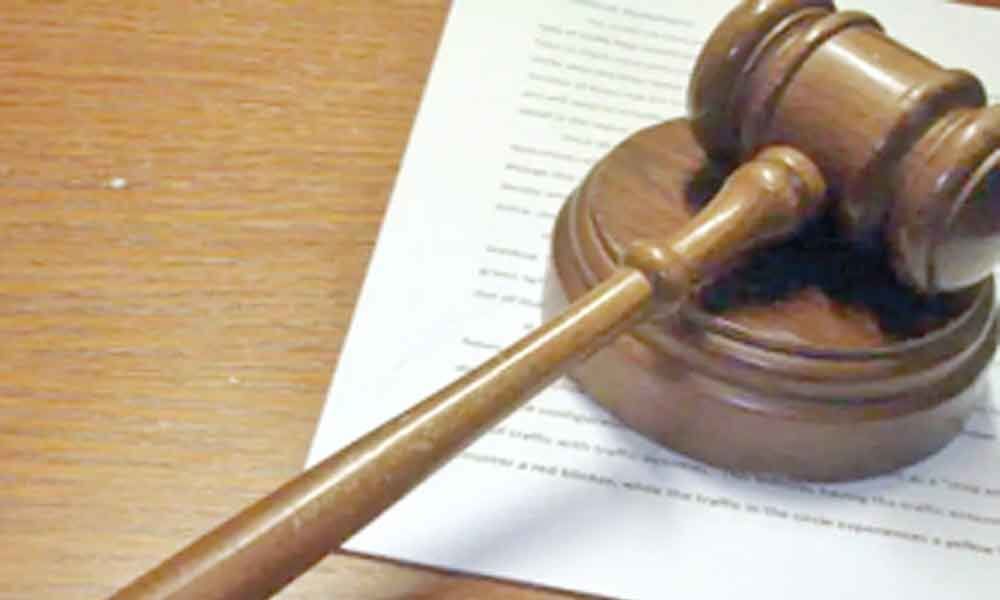 Today India needs a strong and independent judiciary for the growth of India. Since a speedy and efficient system is the very sine qua non of society.

But Indian judiciary, by its very nature has become very slow and inefficient.

Besides, our laws and their interpretation has led to enormous misery for the litigants and forced people to look for other alternatives. The issues confronting the judiciary of India are many.

Huge backlog of cases are pending for judiciary. According to the ministry of law data, the Supreme Court had 62,791 pending cases at the end of 2014.

The ministry also highlighted that according to latest data, the pending cases have been pegged at 58,438 that include 48,772 civil and 9,666 criminal cases.

Similar is the case with the 24 high courts of the country where pending cases were pegged at 41.52 lakh at the end of 2014.

But in the subordinate courts which are the primary nervous system of the country's judicial system — the pendency of cases has gone up in the last four years.

Speedy disposal of cases can met with allotment of new judges. The approved strength is 1,079, around 666 judges are working through the country.

Shortage of judges is attributed as the big hindrance for speed disposal of cases. About 15,000 more judges would be required in next three year to overcome million cases, as Ministry of Law report.

According to various surveys, over 45 per cent of Indians believe the judiciary is corrupt.

Not only is corruption rampant in the lower courts, some have alleged that this corruption reaches the highest levels which is greatly damaging to the judicial system.

For the past few years, the functioning of the Judiciary has recently come under considerable attack, particularly from the Legislative assemblies.

The law makers feel that courts are crossing their limits or exceeding their authority in interpreting the law. They have termed such actions as an extra constitutional lawmaking bodies over reach.

Why we need reforms?

Independence of the judiciary is directly linked with human rights and liberties of the society. The reforms are needed owing to the following issues:

• Slow delivery of justice and pendency in courts

• Abnormal delays that amount to justice being doubly blind

• Inadequate infrastructure and lack of facilities for judicial functionaries

• Vacancies or delays in promotional appointments

• Resourceful defendants are seen escaping culpability not necessarily on merit, but due to their ability to quickly manage judicial processes to their advantage.

• Without self-discipline and enforceable timelines, non-judicial staff are also found taking advantage of the prevailing opaqueness

What are the solutions?

• Measures should be introduced to promote transparency in proceedings to avoid bias.

• Measures to tackle corruption in courts are through grievance petitions before the Chief Justice of respective high courts and the CJI, by litigants.

• Appoint more judges. If the shortage of judges and courtroom facilities were suitably addressed, the logjam of cases could be cut down with the increase in efficiency..

• There should be an established mandatory pre-litigation process in place to discourage frivolous litigation to conserve the court's time.

• An independent executive body could be set up solely to ensure the enforcement of judgments issued by the court, to improve faith in its effectiveness.

• Chief Justice of India is the master of the roster must be re-examined and all the concerned raised by four judges of Supreme Court must be resolved.

• Urgent reform is required to restore the moral authority of the Supreme Court.

• Lot of care needs to be exercised so that the anti-corruption measures taken do not undermine. The independence of the judiciary.

• Transparency in court proceedings and appointments of Judges.

• Judicial system should be accessible and effective for the poor.

• Use of information technology tools for better court/ time management.

• Setting up an All India Judicial Services.

• Cooperative constitutionalism is the responsibility of the three organs of the State to protect the Constitution.