Modi has shown his true colours 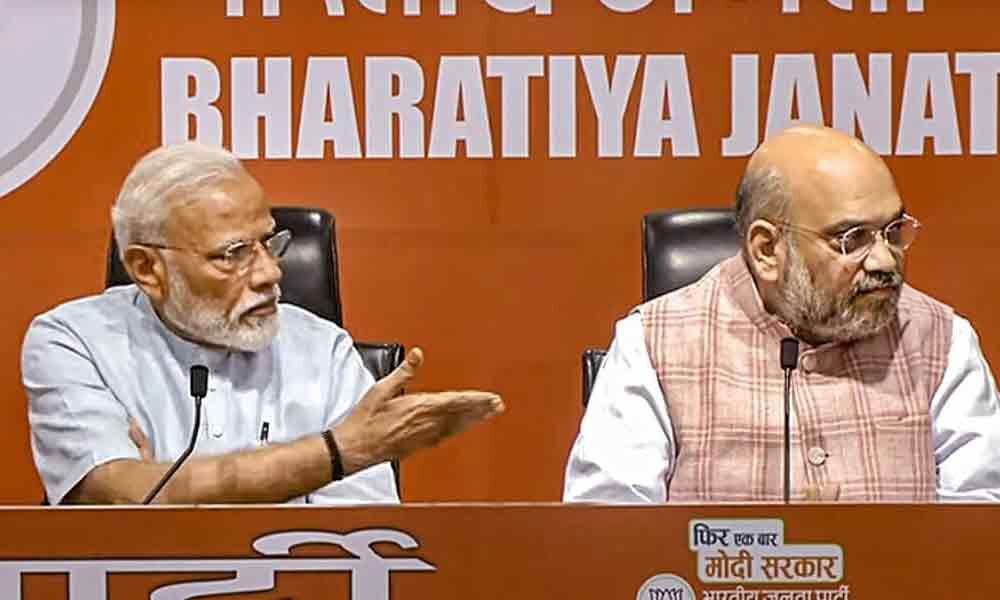 Narendra Modi knows how to do things ‘differently’ and leave the people of the country gobsmacked by his startling moves.

Narendra Modi knows how to do things 'differently' and leave the people of the country gobsmacked by his startling moves. This time he came out with one more zinger.

A the fag end of his tenure as prime minister, the unexpected first press conference in five years, turned out to be more like mann-ki Baat than a question- and-answer session.

His briefing was a monologue and held forth on the greatness of the Indian democracy, the pleasure he had got out of the just-concluded election campaign, and said he was convinced that the BJP would return to power with a thumping majority.

Narendra Modi will go down in history as a prime minister who neither had the temerity nor the courage to hold a press conference and face real and critical questions from the media about the functioning and policies of his government.

This is egregious and severely telling of a leader whose vitriolic and insidious attacks on the media have not only left the fourth pillar weak, compromised and pliant — "journalists" openly and unabashedly do his and the government's bidding every evening on "news" channels and editorials — but an entire propaganda machinery works overtime to project the PM as a "strongman" and macho leader with a "56-inch chest".

It takes a simple assessment of five years of this government to conclude that Modi prides himself narcissistically as a leader of many firsts.

But to go down in history of independent India as a prime minister who spent a full term avoiding all opportunities to face the press head-on and nixed all official communications once coming to power, instead choosing to reach out to masses only through social media handles and staged interviews, makes even US president Donald Trump's attacks on the American press appear amateur.

Instead of questioning and challenging this frightful dictatorial precedence set by Modi, the government has ensured members of the press hail this as a feature of creating "a new paradigm of talking directly to people".

Today the people of India demand answers. By refusing to face the press, Modi in five years has shown what he truly is cowardly, insincere, vain, vitriolic, and autocratic.