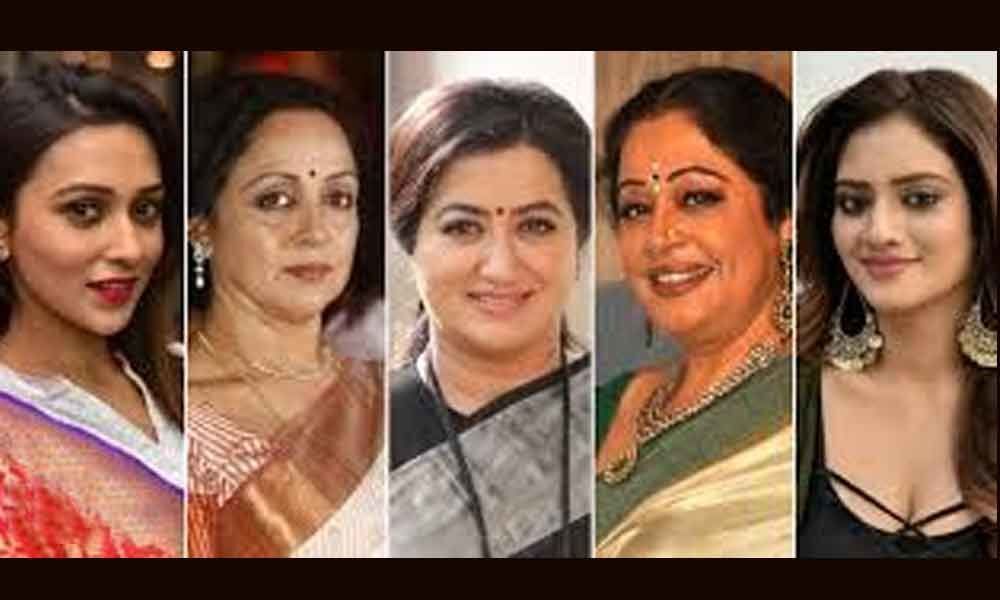 New Lok Sabha will have highest number of women-members with a tally of 78 with ruling BJP having 40 out of them.

New Lok Sabha will have highest number of women-members with a tally of 78 with ruling BJP having 40 out of them.

BJD being amongst very few regional parties getting success in recently held polls to Lok Sabha and state Legislative-Assembly deserves all compliments for having five out of twelve (42-perecent) women amongst its newly elected members of new Lok Sabha.

Even TMC sent 9 women amongst 22 of its newly elected Lok Sabha members.

It is noteworthy that out of 54 women having contested on BJP ticket, 40 were elected to Lok Sabha thus having a strike-rate of 74.1 percent as compared to male contestants with lower strike-rate of 68.8 percent.

Now with parties like SP and RJD opposing Women Reservation Bill almost finished in new Lok Sabha, bill to provide 33-percent reservation to women in legislature should now be dream-come-true.

Even Islamic world including Pakistan and many other democratic countries have adopted Women-Reservation in legislature.

To prevent wives or other relations being misused as proxy of male politicians, there should be a system whereby name or photo of husband or any other relation may not be permitted in election-campaigns of women candidates.

At a time when women-quota in panchayats and local bodies is being increased to 50-percent from earlier 33-percent, it is meaningless to resist 33-percent reservation to women in legislature.

Rather there should be uniform 33-perecent reservation for women at all stages from civic bodies to Parliament.