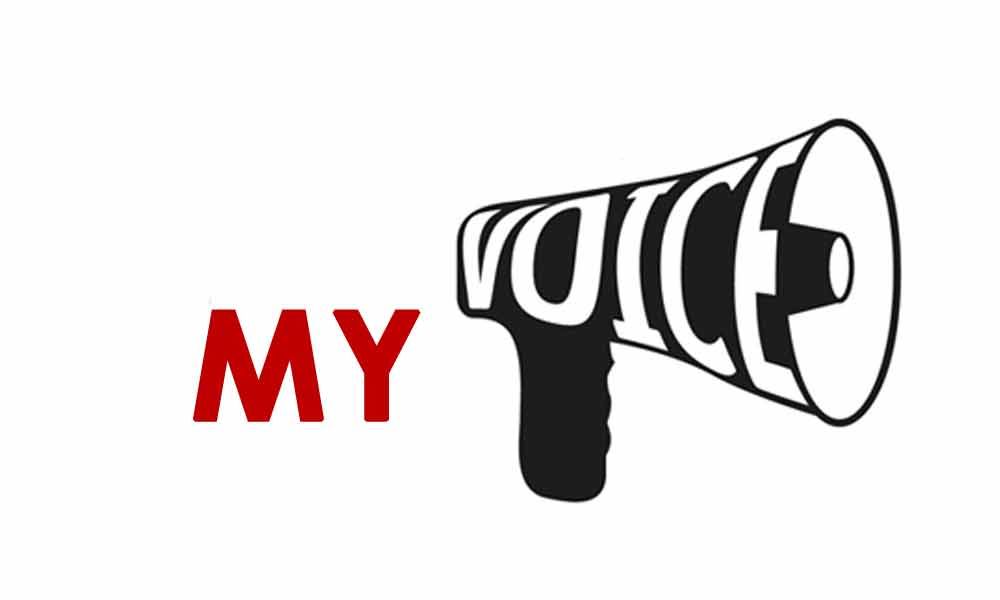 The biographer's perspective on late Parrikar (THI, June15) is worth-reading.His stint as Defence Minister in Modi-led cabinet is on RSS graph which speaks a lot on the present Indian political scenario.

Being an IIT alumnus he should have been independent like AAP's Kejrival an IITian. As long as RSS tentacles engulf politics Indian government or true secular governance is a mirage only.

It is painful all sensible critics of Indian politics could not digest ex-President Pranab's intimacy with RSS and the logical clue was that his lifetime goal is to be the PM and was perhaps looking for their green signal to be PM, leave alone the lack of precedent of President becoming PM next.

Of godmen and politics

The coronation ceremony of the new pontiff of Sarada mutt raised many eyebrows for its glitter and publicity. Normally such occasions are serene and devoid of any pomp. However this looked like a public function with politicians stealing the show.

The words and acts of the chief seer also looked odd and strange. He was seen hugging and kissing CM Jagan and he also claimed credit for his becoming the CM. He also heaped lavish praise on Telangana CM KCR hailing him as a man with astounding knowledge of scriptures.

The sanyasis are supposed to be above attachments and allurements. However the pontiff averred that he was very attached to the two CMs and said he was prepared to do anything for them. Comparing the CMS to maharajas of yore is silly.

It will be good if politicians and pontiffs do their respective jobs without scratching each other's back. The pictures of the saint planting kisses on Jagan came in all newspapers mainly because it looked odd and weird.

The PM's urge to the opposition to forget about paksh and vipaksh and have only nishpaksh spirit and work actively in the larger interest of the nation is really welcome. The tone truly is that of reconciliation and warmth and is an assertion that in unity lies the betterment of the nation and it's people.

Good actions and motions must be supported. The growth, development and progress of the country should come first and all other matters sidelined. Let us hope that the ruling party and the opposition keep the decorum of the house by upholding the good values of integrity, propriety and sobriety.

Come down hard on fraudsters

It is surprising to note that during 11 years period from 2008-09 to 2018-19, 53, 334 cases of frauds amounting to 2. 05 lakh crore had been reported from almost all banks including those in private sector reveals that definitely the internal audit system has been a failure.

It is pertinent that in some of the cases involvement of staff also is noticed. Of these accounts though it is reported that figures have been given to the regulator, but out of these 11 years what is the percentage of amount recovered from this is not revealed.

It is also to be noted here that the top most private sector bank ICICI Bank tops the list in number of accounts i.e 6, 811 the bank that had been hailed by many to be one of the finest bank in all parameters.

By this it is said that no bank is insured against frauds. The regulator RBI and the government of India also to be blamed for this situation because if any fraud is reported it simply arranges a committee to look into it but will not see its logical end and hence the frauds are increasing and the fraudsters are left scot free.

In my view a financial fraud is more danger than a murder because here entire economy along with people are affected.

Some of the selfish political leaders also are responsible because they sometimes influence the sanctioning authorities and they are responsible indirectly for the account to become NPA or a fraudulent account.

To regulate frauds the internal and external auditing system is to be overhauled and the fraudsters must be punished spontaneously and amount to be recovered.

The current tension between Iran and the USA is disturbing and maybe catastrophic. The internal conflicts among the countries have been posing threats to the respective countries and the international community as a whole.

The economic conundrums and the political mess unleashed by both the US and Iran will make a negative impact on the world in the long run. It is time to fix this before escalating.

Basking in the glory of the past is all right but not as always. The people and the countries have been divided on the various grounds like origin, status, growth and the other dividing lines.

This kind of social faux pas is not going to do any good to anyone generally. In fact the aspects and perspectives of life differ from person to person and from country to country.

Sometimes coming out of a crisis is much easier than we think. It is the small steps like talk, understanding and support that are making the huge differences to the existing issues.

Perhaps both America and Iran should better talk about their issues deeply to set right everything at the global stage.

For the thousands of Indian fans waving the Tricolour at Old Trafford and lakhs in India, there was never a dull moment. While we were sweating in India, they waited patiently in the rain to watch an Indian triumph.

As scripted, it started as one of the fiercest rivalries in world sport. India had put their unbeaten start on the line, while Pakistan were hoping to boost their chances of reaching the semi-finals.

But it ended - as is customary - with India riding roughshod over the Men in Green. It had been a day of disruption with the players on and off the field all afternoon.

But finally, we had an outcome – India defeated Pakistan by an emphatic 89 runs! Looks even the rain gods were on India's side.

The drizzle hovered over Old Trafford all day but there were only two major interruptions - one towards the end of the Indian innings and the other when Pakistan were on the verge of a huge defeat.

For the record, India have now won all their seven World Cup matches against Pakistan. And remember, they were not firing on all their cylinders, without Shikhar Dhawan and Bhuvneshwar Kumar.

Millions are now pondering over the most tantalising question - Can Kohli repeat Kapil's World Cup triumph? If the India-Pak match is any indication, Virat's warriors sure seem to be in with a great chance.