Rahul on a winning trail 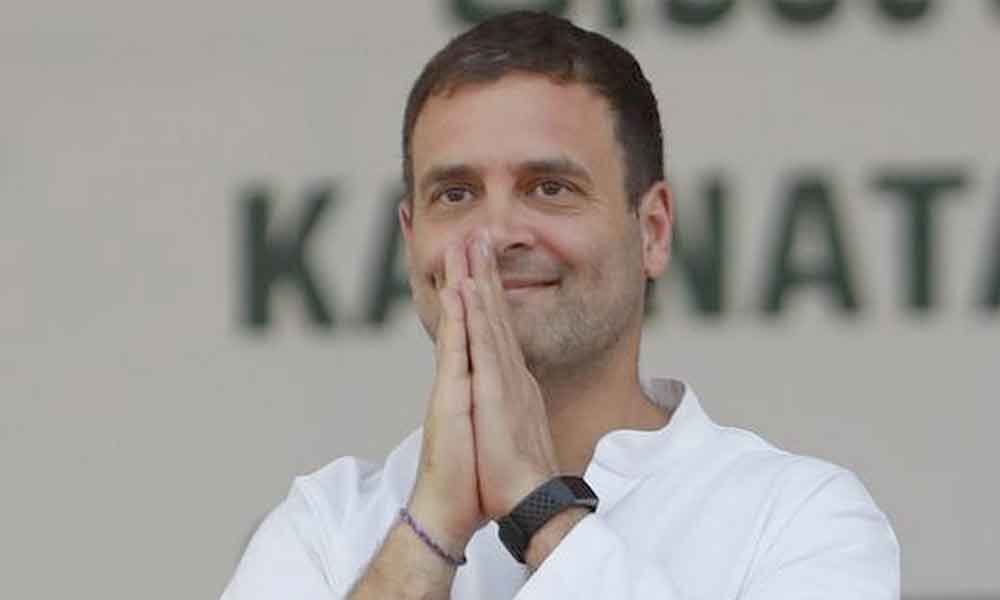 Election 2019 is the real test of the battle plan that Rahul has charted to stage an audacious comeback for the Congress in the national reckoning.

Election 2019 is the real test of the battle plan that Rahul has charted to stage an audacious comeback for the Congress in the national reckoning.

It is, in many ways, a do-or-die battle for the party. Rahul is aware that if the Congress does as badly as it did in 2014, it is finito not just for the party but also for the Nehru-Gandhi family.

If a strong Modi returns, the BJP is bound to work towards destabilising the tenuous gains the Congress has made in the States where the party has wrested back power.

Also, a second Modi government is likely to pursue the legal cases against Rahul and his family members with renewed vigour to discredit them.

The use of metaphors steeped in Hindu mythology is one of the many arrows Rahul has in his quiver to craft a strategy to counter the relentless pounding of the BJP.

The Congress party had, after the defeat in 2014, realised that it needed to shed its pro-Muslim image and woo the much larger Hindu vote bank.

The first step to challenge the BJP in 2019 came in the shape of a physically challenging trek to Kedarnath temple in the summer of 2015.

Rahul then declared himself a janeudhari Shiv bhakt Brahmin of the Dattatreya gotra. Even as he stepped up his temple runs, the Congress scion set out on a Bharat Yatra from the sabzi mandi of Punjab to the fishermen of Kerala, travelling by train and flying Economy.

Every yatra had an underlying message if Modi represented the suit-boot ki sarkar (a term he coined), Rahul was the messiah of the poor, at times even sporting a torn kurta.

Among the biggest transformations was his determined dive into social media where Modi and the BJP were already the big fish. Rahul then used it to give the BJP as good as he got.

So Gabbar Singh Tax' and Mr 56 inch' and his latest, Chowkidar chor hai', replaced Jupiter's escape velocity' and power is poison' tweets. To get a clear picture on who will call the shots, one has to wait till May 23.