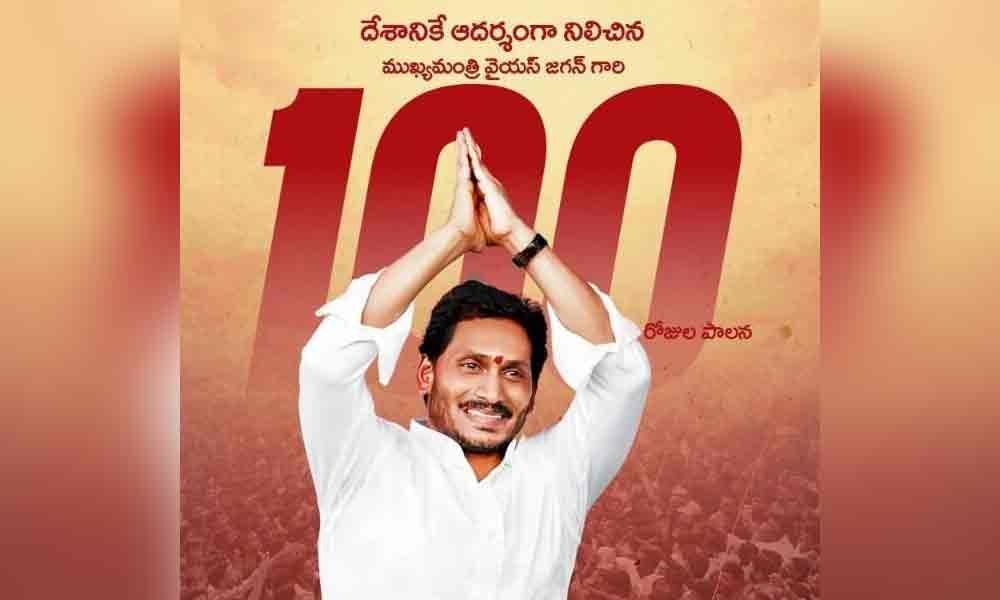 Jagan Mohan Reddy' 100 - day rule is quite discouraging and full of ambiguity. His rule does not augur well. Firstly he began his first day with...

Jagan Mohan Reddy' 100 - day rule is quite discouraging and full of ambiguity. His rule does not augur well. Firstly he began his first day with vengeance and ordered for the demolishing of posh government building built on Vijayawada river bank ,he warned that all the unauthorised structures and encroached constructions on encroached water bodied will be demolished forthwith but nothing has happened except breaking the building built by CBN , rest are cozily enjoying their encroached and unauthorisedly built structures.

It shows that there is wide gap between precept and practice. All his Navaratna schemed are biggest drain on the scarce economy of budding state ,he even made some changes in the Navaratnas implementation and all the promised navaratna schemes in fullfledged way are not yet implemented . All this he is doing without keeping a provision for them in budget ,state has no revenue yielding factories or industries ,if he implements his navartanas in Toto soon the state will face the financial crisis .

The SCS hope fused and no free money will be given by centre as he assumed for the implementation of his visionless schemes. The fundamental flaw is on vital issues he is not giving clarity ,different ministers specking in different way pushing public to utter confusion.

Vijay Sai Reddy seems to be the alter ego of Jagan ,he is making all policy announcements. The indiscriminate freebies offered by Jagan government ultimately sinks the ship .It is high time for Jagan to assert his position keeping aside the revenge politics and focus on the development of St ate or else soon he will lose hold on the administration and the ministers speak irresponsibly way that tarnish the image of his toddler government.

His blunders in rule will given leverage to TDP and ever poaching BJP .Earlier he corrects his blunders better for him and the State or else the state suffers stunted growth. People who gave him solid mandate should not regret at the later stage that the state rolled from frying pan in to fire.

Saluting the Power of One