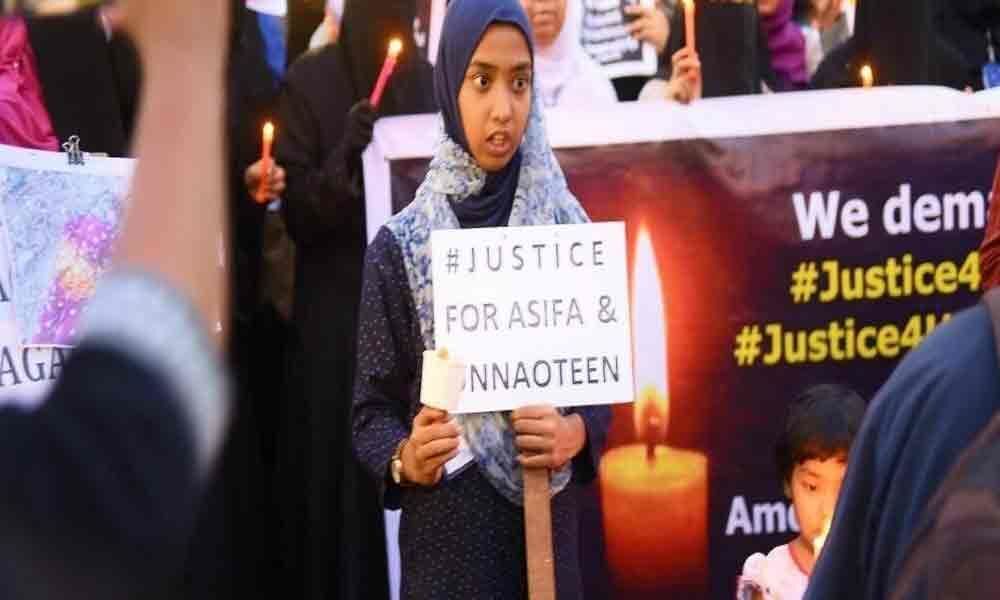 Apropos 'Kathua verdict' (June 12), the family of the nomadic girl has got justice. Over one lakh daughters still await justice in our courts. It is...

Apropos 'Kathua verdict' (June 12), the family of the nomadic girl has got justice. Over one lakh daughters still await justice in our courts. It is time to stop child rape through strong legal deterrent and social action.

One hopes that stringent and effective punishment would offer deterrence to ever-increasing crimes against children. I also think it's imperative that leniency is not offered to perpetrators, and more so, on sociological arguments on the identity of the criminal, centred on their caste, minority status or economic background, i.e. 'sole bread earner' et al.

Those who file mercy petitions for the perpetrators of heinous crimes or push the human rights rhetoric of lesser punishment for some of them should take a backseat. A society that cannot safeguard children has no right to talk about the rights of the perpetrators — and especially under the garb of a political correctness which could very well doom us.

I refer to your editorial on "A welcome verdict: On Kathua case" (Jun, 12). The culprits in a rape case, that too a child rape case, deserve no mercy. It is a welcome verdict. It has come within a short span of time of 17 months. It has reposed people's faith in the Judiciary. This case rocked the valley and hit the national headlines. The case was transferred to Punjab for justice on the advice of the Supreme Court and finalised early.

There are many rape cases pending in our various courts for years together awaiting Judgement. The recent Aligarh toddler case is one among them. All such long pending cases should be fast-tracked and finalised early so that justice is neither denied nor delayed to anyone.

Also, the change of mindset of our society is the need of the hour. Our boys should be taught about the consequences and punishment for a crime against women right from their school days. Also, rape must be made a non-bailable offence and early stringent punishment given to the accused will be a deterrent for others.