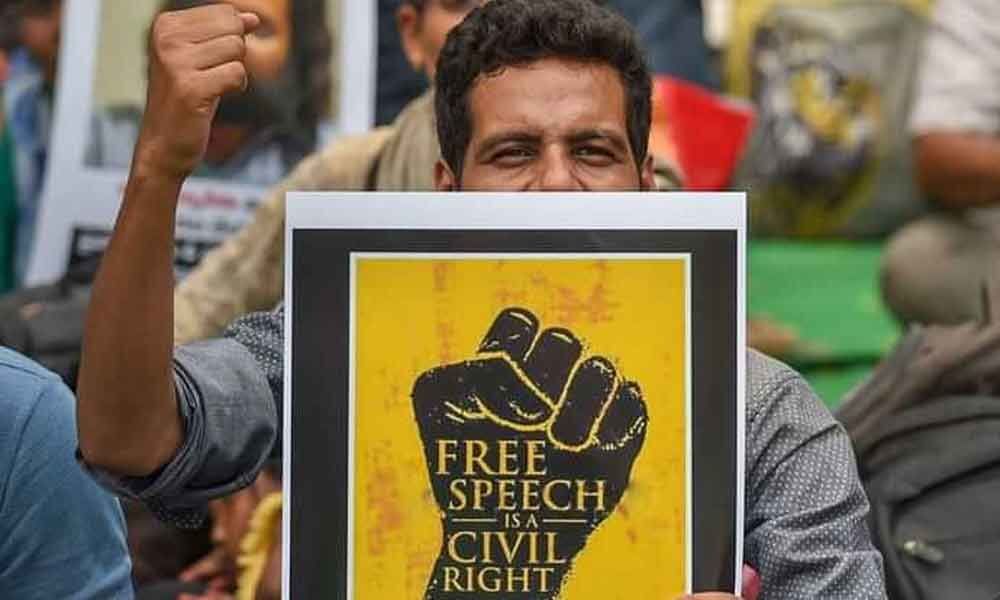 A parallel penal system which is outside the purview of judicial oversight, which is not accountable to anyone, and which can penalize anybody whom the political dispensation dislikes with total impunity, has of late developed in the country.

A parallel penal system which is outside the purview of judicial oversight, which is not accountable to anyone, and which can penalize anybody whom the political dispensation dislikes with total impunity, has of late developed in the country.

It amounts to a de facto devaluation of the judiciary, and it justifies itself by invoking the threat to the 'nation' from acts of terrorism.

Its main instrument at present is the Unlawful Activities (Prevention) Act, which is the successor to a whole series of similar acts that have been in force for quite sometime, although the sinister use of such legislation has acquired perfection under the current Bharatiya Janata Party-led government.

With the passage of the Unlawful Activities (Prevention) Amendment Act 2019 with more amendments, anyone can be targeted. It gives the state the power to persecute people's ideologies by designating individuals as terrorists.

Thereby it further weaken India's federal system and concentrate greater power in the hands of the central government. Secondly, designating an individual as a "terrorist", that too, without that person being tried and convicted is really lethal for Indian democracy.

Amit Shah's reasoning in the Lok Sabha is utterly specious and fall apart on many counts. Shah conveniently forgot to remind parliament that if an individual engages in what the UAPA defines as terrorist activity, the government already has the power to prosecute and punish them under the existing Act.

Why would Shah want to weigh down an already overburdened system with another layer of action against a 'terrorist' – of formally designating that person so – if the NIA can just convict him and send him to jail?

The bill become one more weapon in the hands of a regime that is hell-bent on delegitimising any and every criticism of its policies. The very use of the UAPA lies in its misuse.

Even before this amendment, the UAPA was used to target those with political opinions contrary to that of the ruling establishment. One key use of the UAPA has been to target the marginalised communities – Muslims, Dalits and Adivasis.

The case against her, Surendra Gadling, Varavara Rao, Gautam Navlakha, Shoma Sen, Rona Wilson, Mahesh Raut and Suresh Dhawale is proof that the parent law is itself a terrible piece of legislation that will allow detention without trial or conviction for months if not years.

And when the state's case against them is eventually thrown out because there is simply no evidence, this new power to designate them as terrorists will come in handy.

The UPA came to power in 2004 and promised to repeal the POTA. Instead, they included every other unreasonable provision of the POTA in the UAPA.

There's very little debate needed to prove that the UAPA, POTA and TADA have all been ineffective in fighting terrorism. If one goes by the rates of conviction, it is clear that the very reason they exist is to only target minorities and dissenters— not to fight terrorism.

The UAPA violates basic civil liberties and fundamental rights by arresting people merely on suspicion and then putting the onus of innocence on the accused.

Home Minister Amit Shah said in the Lok Sabha that those involved in "urban Maoism" will not be spared. 'Urban Maoist' is such a blanket term— anyone who raises objections to the policies of this government can fall under this bracket.

As the government gets ready to pass several anti-people bills, such as the amendments to the RTI, these amendments just more teeth to the penal laws to intimidate and silence voices of dissent.