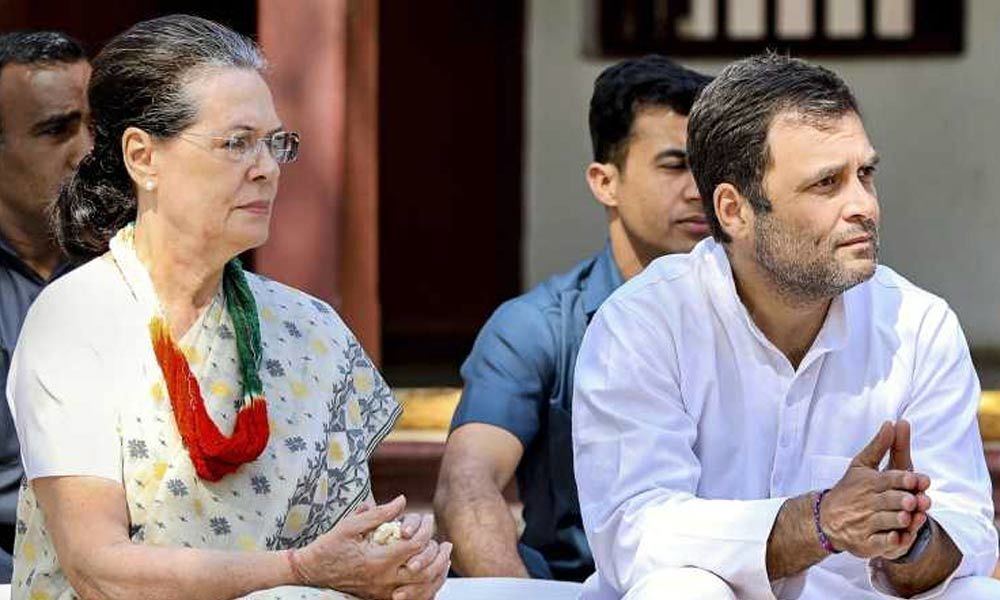 On the anniversary of ‘Dandi March’ Congress party attended a prayer meet at the ashram & then began the Congress Working Committee (CWC) meeting at Sardar Patel Smarak.

BENGALURU: With a high-powered meeting of its working Committee and a public rally, Congress is all set to begin the 2019 Lok Sabha nationwide general election campaign from Ahmedabad the home turf of PM Modi.

On the anniversary of 'Dandi March' Congress party attended a prayer meet at the ashram & then began the Congress Working Committee (CWC) meeting at Sardar Patel Smarak.

As per sources, they have booked some two dozen rooms at The Ummed Hotel near Airport Circle in Ahmedabad, besides scores of rooms at other hotels in the city. They have also arranged to place 1.25 lakh chairs at the rally venue, but expect over 1.50 lakh workers to attend.

While most of the CWC members arrived on Monday, Congress president Rahul Gandhi along with Sonia Gandhi, Priyanka Gandhi and Manmohan Singh are scheduled to arrive on Tuesday morning.

"This will perhaps be the first time when the entire top leadership of the party, along with all chief ministers of the Congress-ruled states, all state party presidents and all other key office-bearers will be present on the same stage," said Amit Chavda, the state Congress chief.

The entire top brass of the Congress will be in the city for the CWC meeting, after which Congress president Rahul Gandhi, along with UPA chairperson Sonia Gandhi, and AICC general secretary and incharge of eastern Uttar Pradesh, Priyanka Gandhi, are expected to address a 'Jan Sankalp Rally'.