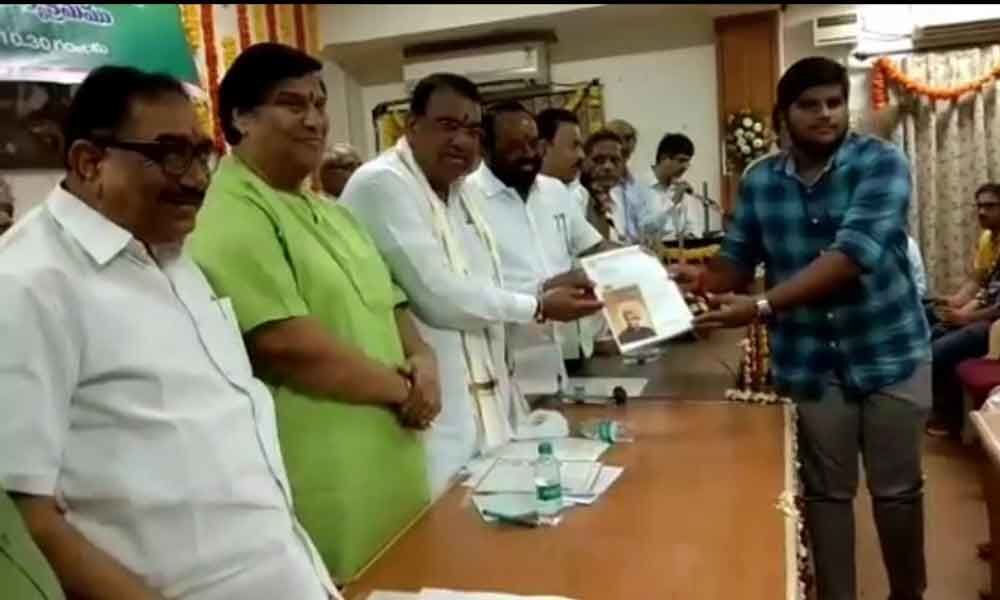 Speaking on the occasion, Srinivas Reddy stressed on the importance of getting good education as one who is highly educated is respected by the entire society, more than a wealthy person. While the son of Lakshmi, goddess of wealth, may be rich, but it is the son of Saraswathi, goddess of education, who gets more respect from the society, he added.

Lauding the State government for its welfare schemes benefitting all sections of the society, the Speaker said that the State government led by the Chief Minister K Chandrashekar Rao was the first government to recognise that there may also be poor Brahmins who may need financial assistance for their pursuing their education.

He said that fruits of welfare schemes were reaching out to all the sections of people, irrespective of their caste and religion, under the present State government.

Referring to a recent national survey for Swachh Bharath in 700 districts, he said that it is a matter of pride for Telangana state that six districts have stood at the top at the national level. Lauding the Chief Minister as a spiritual personality, he said that the State government has given priority to develop temples and has provided funds for their regular spiritual activities.

Speaking on the occasion, Telangana Brahmin Samkhema Parishad Chairman Dr K V Ramanachari appealed to the students belonging to the Brahmin community to avail of the foreign education scheme sponsored by the Samkshema Parishad in getting financial assistance to study abroad.

Under the scheme, the students would get financial assistance of Rs 20 lakh, he said. Interested candidates can apply online on or before August 20, he added.

Ramanachari said that there were very few applications from some districts and they were awaiting top receive more applications from those districts. He said that financial assistance was sanctioned to a total of 54 students and they include 27 students to the USA, 12 to Australia, eight to Canada, one to France, four to Germany and two to the UK.