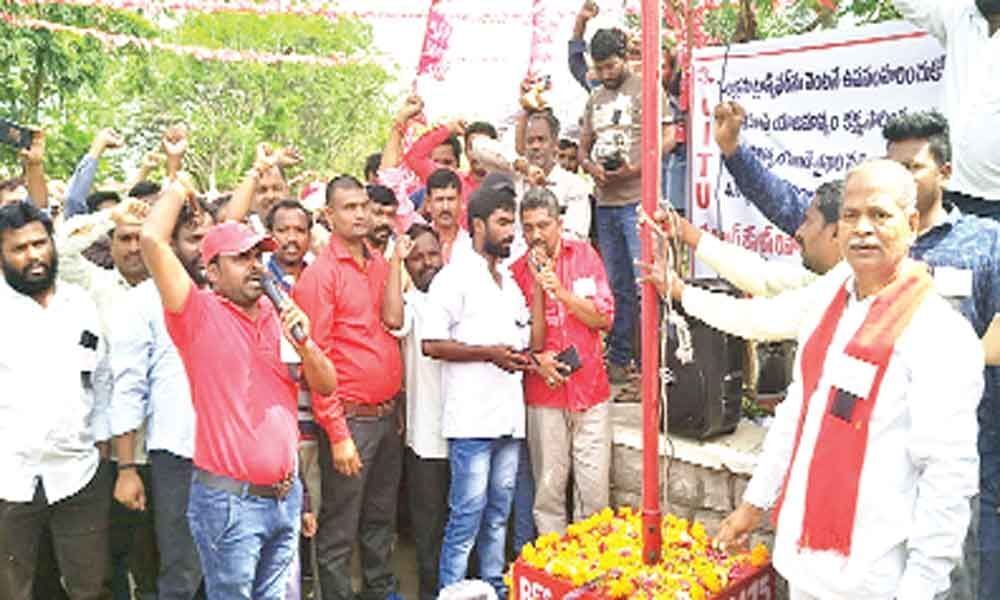 The CITU-affiliated KVR Baseline Resources Employees’ Union organised a meeting in Jawaharnagar to mark the May Day celebrations. CPM politburo member E V Narsimha Rao participated as the chief guest and unfurled the May Day flag.

Addressing the gathering, Rao called for a united struggle to safeguard workers' rights. Rao accused both the Central and the State governments of adopting policies favouring corporates, enabling them to 'loot' the country's wealth and make profits, citing the examples of Ambani and Adani of Gujarat. He alleged that the Modi government was altering labour laws to suit MNCs, in the process robbing workers of their rights. This was being opposed by the party, Rao stated.

Narsimha Rao also flagged off a bike rally taken out by members of the union. Cultural programmes were organised to mark the day under the leadership of Thuti Ramchandar, executive member of Praja Natya Mandali.

Several trade unions affiliated to TRS, CPI(M) and CPI celebrated May Day in various divisions of the Kapra circle, after hoisting flags. Addressing meetings of workers in their respective party offices here, leaders of the trade unions stressed the need for organising united struggles for protecting the rights of the working class.

TRS corporator Pavani Reddy unfurled the flag in the office of the Municipal Workers' Union. State CPI leader Bose, addressing a gathering at Kapra circle, advised workers to discharge their duties in such a way so as to secure various facilities from the government.