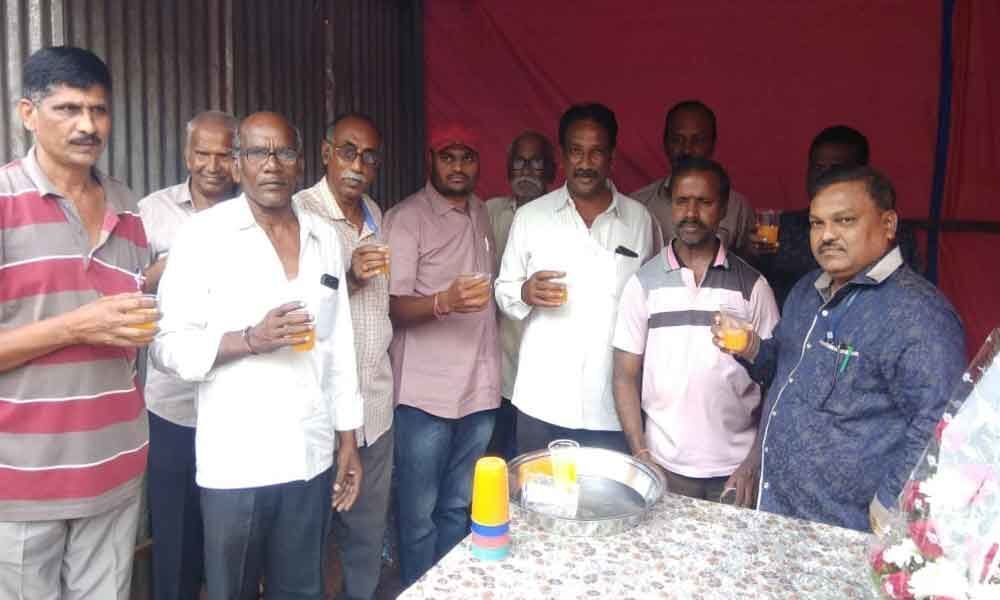 He called upon people not to expose to sun during summer. He explained to them about the precautions to be taken while going out in the hot weather. CITU Medchal Secretary Chandrasekhar, residents Murthy, Ramu, Sastry, Prasad and others were present on the occasion.