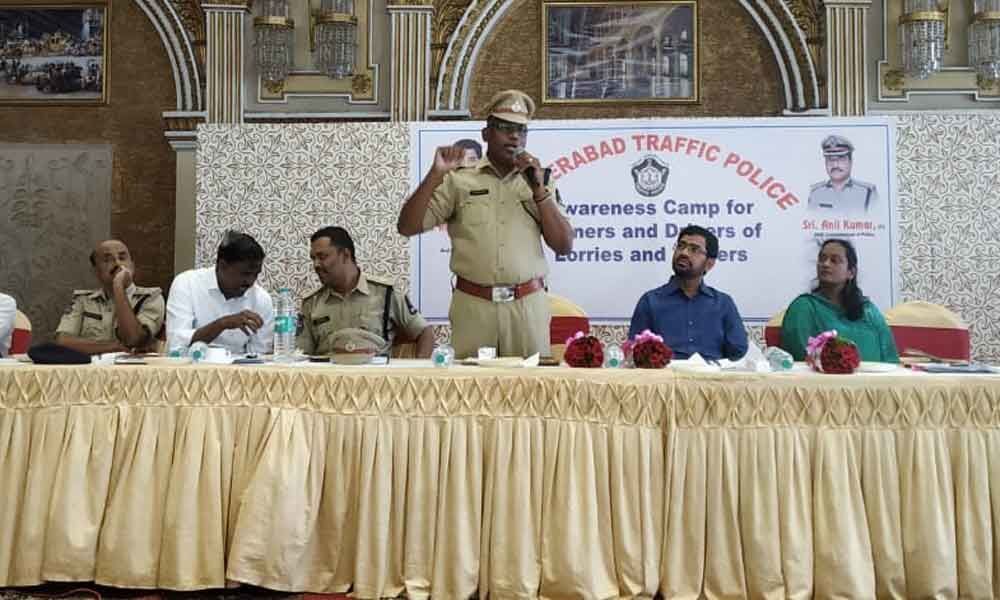 It may be mentioned here that the State government has constituted MRDCL beautification and rejuvenation of Musi River and to control pollution, as part of Riverfront development.

Nampally: The Hyderabad Traffic Police on Tuesday organised awareness programme for the owners and drivers of the lorries and tippers with the co-ordination of the officials of Musi Riverfront Development Corporation Limited (MRDCL) at Red Rose Function Hall, Nampally. In the awareness programme K Babu Rao, Deputy Commissioner of Police (Traffic II) and K Ashok Reddy, Managing Director of MRDCL explained about the norms to be followed. It was attended by more than 200 members of various Lorry & Tipper Unions of Twin cities of Hyderabad.

It may be mentioned here that the State government has constituted MRDCL beautification and rejuvenation of Musi River and to control pollution, as part of Riverfront development. MRDCL is acting as nodal agency for preparation and execution of comprehensive plan for abatement of pollution of Musi River and riverfront development to bring the previous glory by preventing illegal dumping of C & D (construction and demolition) waste and solid waste into Musi River.

The officials enlightened them over the hazard it poses and also cautioned them not to dump the construction and demolition waste and solid waste into Musi River, Lakes, water ponds and on the roads of twin cities. They also warned of serious action against violation of norms as per law. There will be fine up to Rs 50,000 and if they are found repeating it, they will cancel the driver license and also vehicle will be seized.