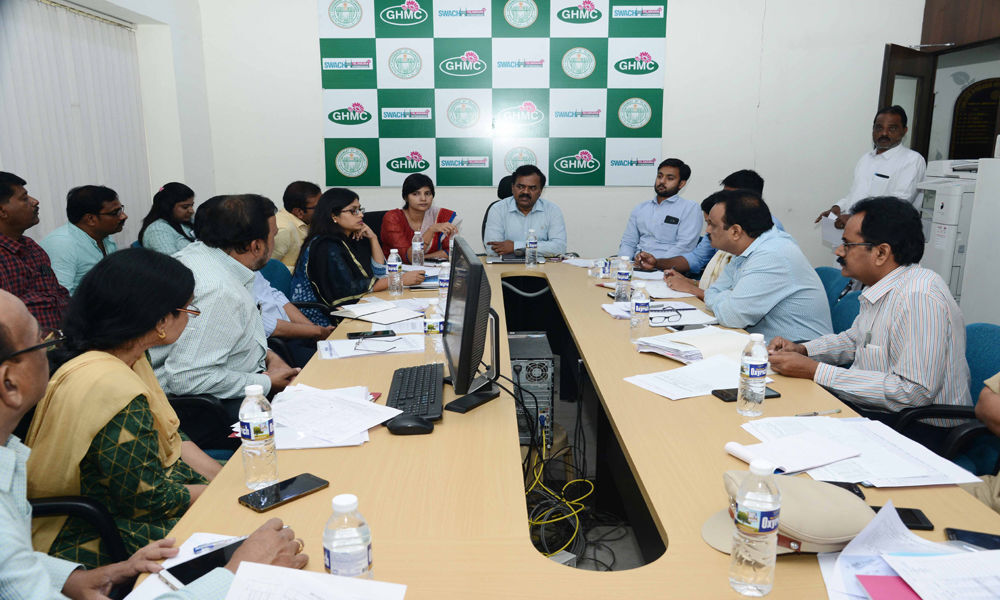 District Election Officer and GHMC Commissioner Dana Kishore said that all the polling staff and officials, including outsourcing employees, drivers, volunteers to help physically challenged and webcasting and others on election duties, would be provided postal ballot facility.

Hyderabad: District Election Officer and GHMC Commissioner Dana Kishore said that all the polling staff and officials, including outsourcing employees, drivers, volunteers to help physically challenged and webcasting and others on election duties, would be provided postal ballot facility.

Dana Kishore said that about 20,000 polling staff and officials were expected to work in the election process and all of them would be provided with postal ballot facility to cast their votes.

This apart, other people who are involved in the election process indirectly such as GHMC staff, revenue staff, police officials, webcasting volunteers and BLO would also get postal ballot facility to cast their votes, he added.

SMSs are being sent to polling staff and special counters are arranged at the election training centers to hand over postal ballot forms, he said. A call centre would also be opened to help the staff on postal ballot facility, he said.

Explaining the various measures taken to increase voter percentage, he said that as part of voter awareness campaign, 1,250 chunav pathashalas were held and awareness on voting machines was conducted at 15 colleges in the city.

There are 24,000 physically challenged people in the city who have been receiving pensions from the government, of which 19,326 people were registered as voters, he said.

To prevent election malpractices, 126 SFT and SST teams and 28 MCC implementation teams have been specially appointed, he said. About 1,700 litres of illegal liquor worth Rs 3.52 lakh has been seized so far, he said. Necessary measures were being taken to provide water to voters and ORS packets in view of summer, he said.

Strong rooms would be prepared by March 25 and EVMS would be sent to all the assembly segments on March 26, he said. Meeting with representatives of political parties would be held on March 26 after the first randomization of voting machines. Two central election expenses observers and one general observer has been appointed for each Loksabha constituency, The Commissioner said.