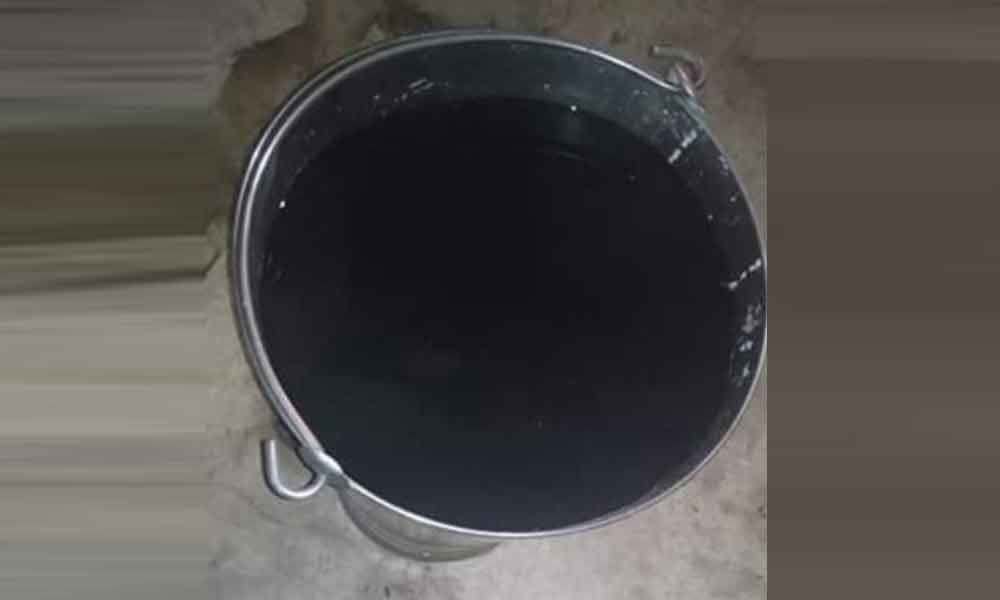 The Hakeempet Kunta which has got notoriety for being a major mosquito-breeding ground is once again in news, not for the blood-sucking and disease-carrying mosquitoes, but for the contaminated water being supplied to residents.

Karwan: The Hakeempet Kunta which has got notoriety for being a major mosquito-breeding ground is once again in news, not for the blood-sucking and disease-carrying mosquitoes, but for the contaminated water being supplied to residents.

The contamination is only adding to the woes for the residents who are already hard put to tackle vector-borne diseases. Residents have been complaining about the issue, it is yet to draw the attention the authorities.

Despite several complaints to the authorities, the issue has been neglected, rue the local people. Fuming over the issue of receiving contaminated water the residents of Hakeepet Kunta under Karwan Constituency represented the matter to local Congress leader and Assembly candidate of Karwan Osman Bin Mohammed Al Hajri and requested him to solve the issue of the water contamination.

According to residents the issue is not being resolved by the officials. "After many complaints the officials visited the spot and they are unable to identify the reason, as to how the drinking water is getting mixed up sewerage, hence the issue is left pending," said, a resident, Mohammed Samad.

He also said that due to water contamination many a residents had already fallen sick and were suffering from many diseases. The children in area were regularly becoming unhealthy and some of them also suffering from Diarrhea, said Samad.

HMWSSB is supplying water for 3-4 hours on alternate days, but the water is full of contamination. "This drinking water can't even be used for external or any other purpose, nor can it be used for washing clothes or for taking a bath. We are suffering a lot due to this.

Those who can afford water cans are buying drinking water from water plants for drinking, but even for them there is a limit. I just wonder as to how much water they have to buy for external use?" said Shaik Khader. Another resident, Oman Al Hajri said that the residents of the Hakeempet Kunta who are already fed with rise in the mosquitoes are now troubled with other issues like water contamination.

After giving many a complaint to the area Corporator and other officials about the issue and the issue remains untouched and unresolved, but to no avail, they approached Osman Al Hajri who gave an assurance that the issue would be resolved as soon as possible.

The leader himself took up the issue and lodged an official complaint and he also asked the residents to complain online about the issue. "I also made a complaint to the Minister for MA & UD, GHMC Commissioner, MD of HMWSSB on their social networking sites," he added.

Hajri also said that the GHMC and HMWSSB should be serious about the issue, as the whole area is receiving contaminated water and many of them falling sick and are suffering from new kind of diseases.