Lakes wallowing in neglect by authorities 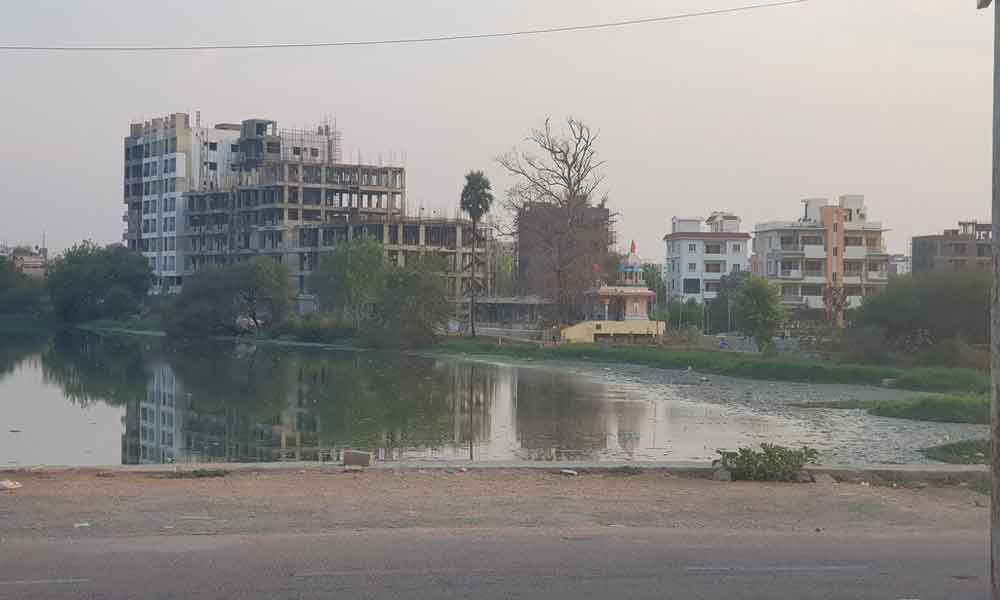 The residents in the colonies around Manikonda Lake are facing miserable conditions due to GHMC’s negligence of cleaning the lake. The lake is emitting stench and is filled with froth.

Manikonda: The residents in the colonies around Manikonda Lake are facing miserable conditions due to GHMC's negligence of cleaning the lake. The lake is emitting stench and is filled with froth. Some parts of the lake have horseshoe weed growing and has become haven for mosquitoes and rodents affecting the lake's ecosystem.

On the other hand, Hafizpet Lake has also the same issues and the locals around the lake are also annoyed by the conditions. "The lakes in the city can be made as a fitness spot where locals can come early morning for a walk and do yoga or have early morning meet up. We request the GHMC officials that they should look into the issues and make the lakes a happy place for the locals," said a nearby local.

However, the civic body had conducted surveys which revealed that out of the existing 185 lakes in Hyderabad, 85 were badly infested by the horseshoe weed. The survey said that horseshoe weed had spread in 1,827 acres of the 85 identified lakes and an estimated of Rs. 18.5 crore was needed to take up the revival of these lakes and a comprehensive plan to clean up and rejuvenate lakes in Hyderabad, which will be taken up very soon.

The horseshoe weed, which is known to release Methane gas and to consume Oxygen content of the lake, impacts the lake's ecosystem, as it becomes impossible for other flora or fauna to survive.