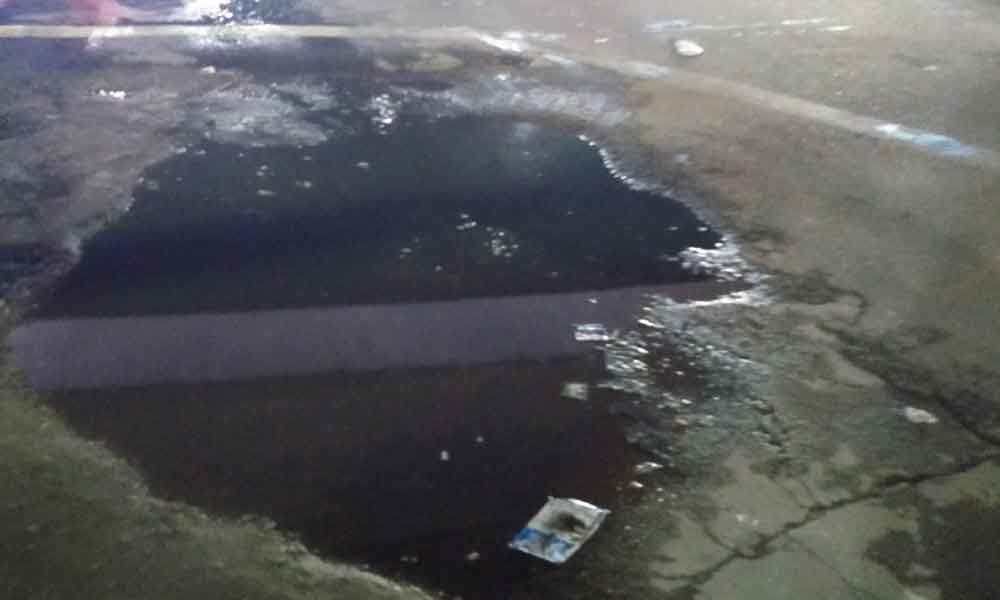 Ujwal R, who works for Media 9, said, "I daily have to catch a metro from Punjagutta to Nampally. I reach the metro station around 8:30 p.m after my work. There is always this malodorous smell when I come here. The drainage from the manhole keeps overflowing and there are many people waiting for buses. This issue would cause a lot of inconvenience to the people waiting for buses for a long time because of the smell and the water coming out on the roads. "

Gopal J, a Rajasthani badam shake and ice cream vendor, said, "The issue of the overflowing drainage and the water coming out on to the roads has been there for a long time. There are times when the drainage water flows on to the other side of the road. This causes a bad smell, due to which I had to shift from the bus stop to the metro station."