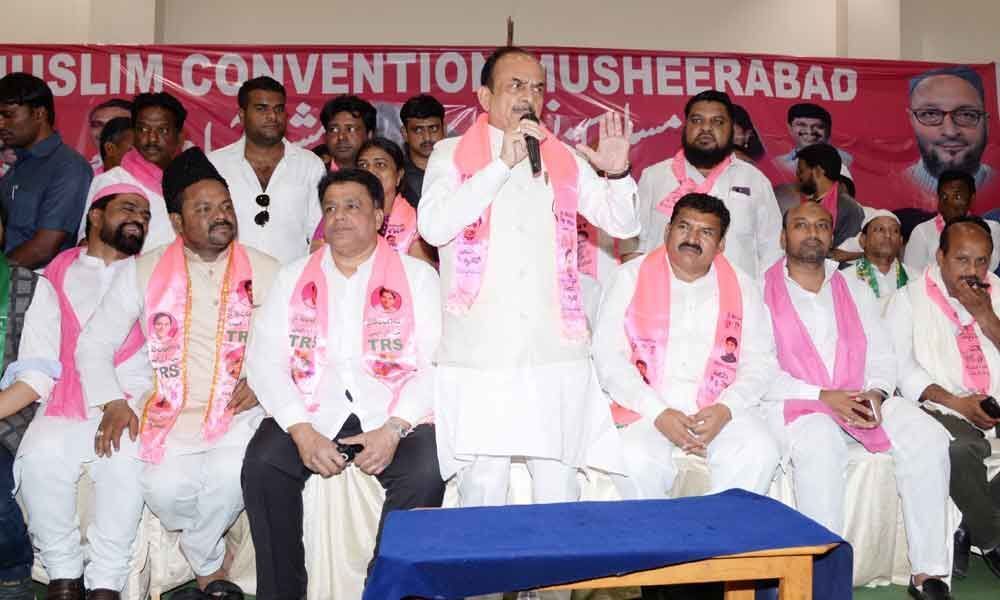 Telangana State Home Minister Mahmood Ali, Musheerabad MLA Muta Gopal, MLC Saleem, city deputy mayor Baba Fasiuddin, TRS observer for Musheerabad segment Rambabu Yadav and others attended the meeting. Speaking at the meeting, Mahmood Ali said that TRS party is committed to the welfare of the minorities in the State and has initiated several schemes specifically for the welfare of minorities.

He said that Telangana State has stood as a role model in terms of its commitment to minorities. Citing the schemes such as Shadi Mubarak and Minority Gurukul Schools, he said TRS government has been spending crores of rupees for education of minorities and other minority welfare schemes.

He urged minorities to vote for TRS as their vote would benefit the State while vote to other parties such as Congress and BJP would benefit only their leaders. He said that if TRS along with its ally MIM wins all the seats, they can play a crucial role in the national politics and it would immensely benefit the state.