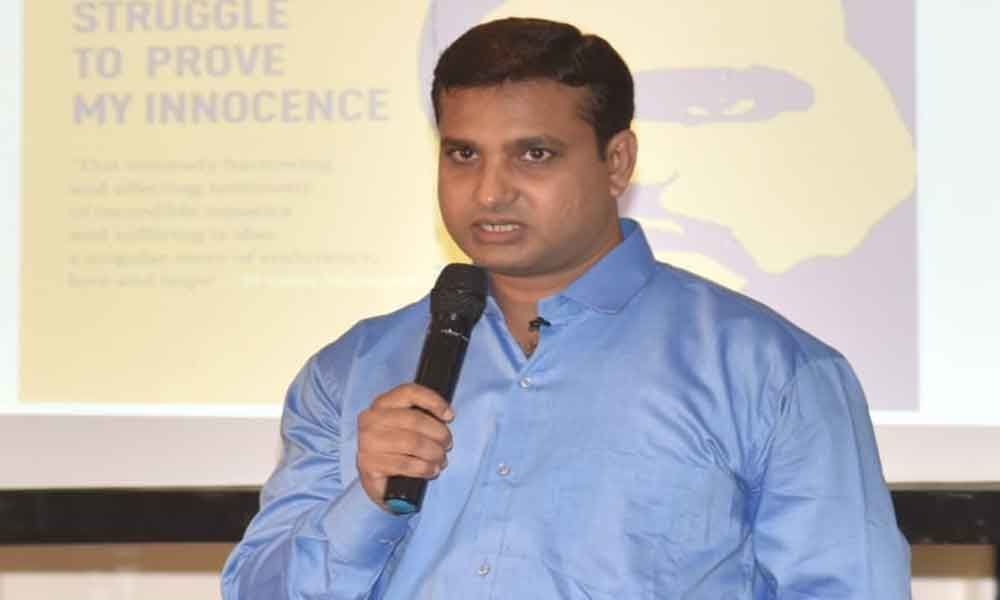 Delhi-born Aamir Khan, co-author of the book ‘Framed as a Terrorist: My 14-Year Struggle to Prove My Innocence,’ wants a policy to come to the rescue...

Hyderabad: Delhi-born Aamir Khan, co-author of the book 'Framed as a Terrorist: My 14-Year Struggle to Prove My Innocence,' wants a policy to come to the rescue of the falsely accused in the country.

In the city to deliver a talk 'Terror-Error' he came hard on the establishment and narrated his experiences in jail. In February 1998, Mohammad Aamir Khan, then 18, was picked up from the by-lanes of Old Delhi by the police. He was accused of being a terrorist and kept in jail for almost 14 years.

After surviving torture and solitary confinement, Aamir now says that no one should go through what he had to. "There are policies for every issue but none for people falsely accused.

There are scores who have undergone torture for no fault of theirs and the time spent in a jail is lost forever." In 2012, the court acquitted him in 17 out of 19 charges after he had spent 14 years in jail. Released after a long and incredibly difficult legal battle after surviving torture and solitary confinement.

In 2013, the NHRC (National Human Rights Commission) sent a suo-motu notice to the Central Government and Delhi Police to compensate Aamir and granted an interim relief of Rs. 5 lakhs. The case for his compensation is continuing with the NHRC. Mohd Aamir is now working as a human rights activist with Karwan-e-Mohabbat/ Aman Biradari.